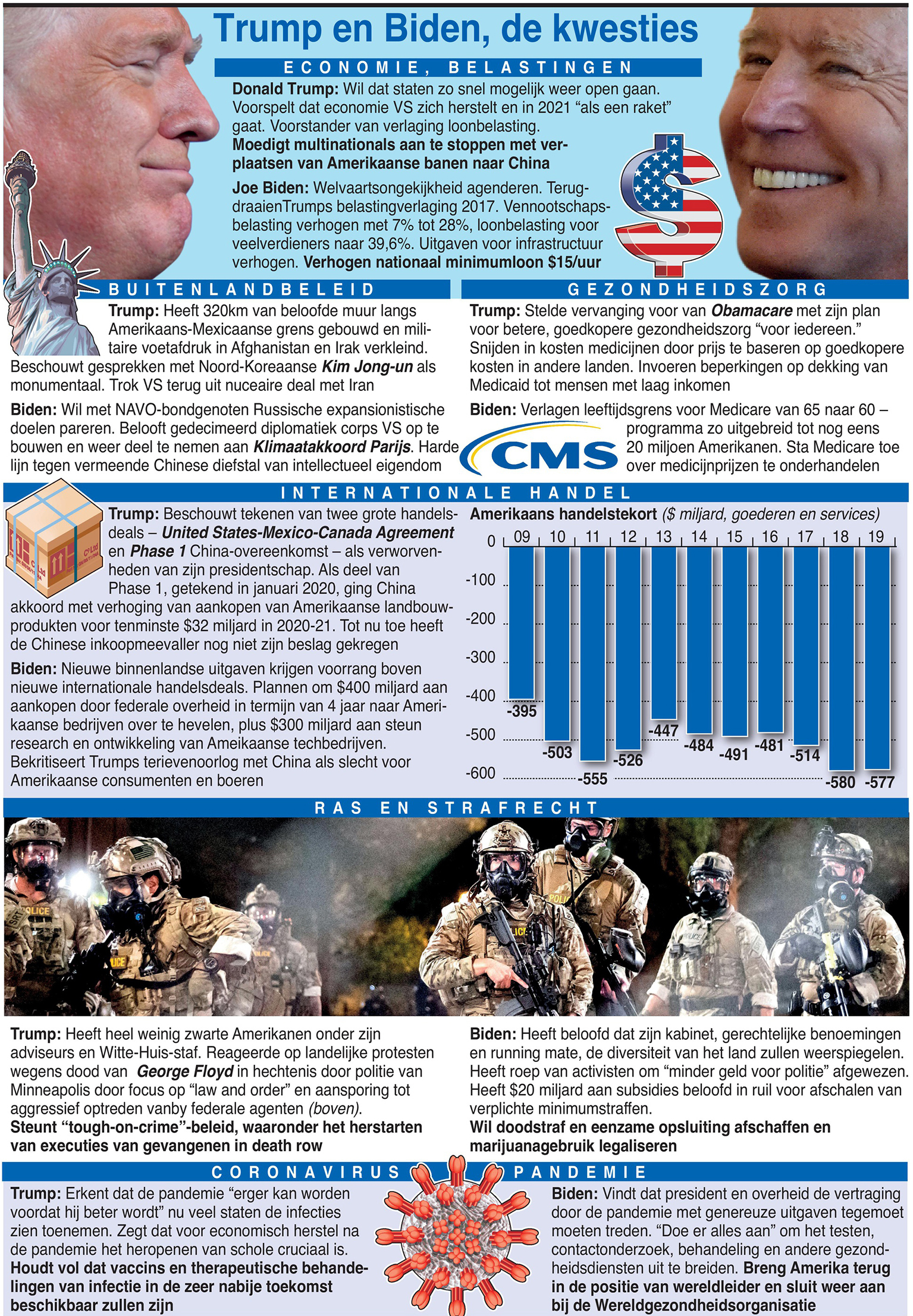 Trump offers payroll tax cuts and predicts that the U.S. economy will rebound and take off like a “rocket ship” in 2021. The president frames himself as the champion of a hard-right economic and cultural agenda but offers little detail about how he’d govern in a second term.

On foreign policy, Trump counts among his most significant achievements the building of more than 320km of his promised wall along the U.S.-Mexico border and a reduced military footprint in Afghanistan and Iraq. The president counts his talks with North Korea’s Kim Jong-un as monumental. However, Kim has yet to end his nuclear weapons programme. Trump also pulled the U.S. out of the Iran nuclear deal, unravelling the signature foreign policy achievement of his predecessor Barack Obama.

Biden’s top priority is reestablishing the foundations of NATO, the post-World War II alliance of Western powers to counter Russia’s aggression in eastern Europe and Asia. Biden frames immigration and combating the climate crisis as national security matters. He calls for rebuilding a decimated U.S. diplomatic corps, rejoining the Paris climate accord. On immigration, Biden calls for legislation to pave a road to citizenship for the 11 million undocumented people living in the United States.