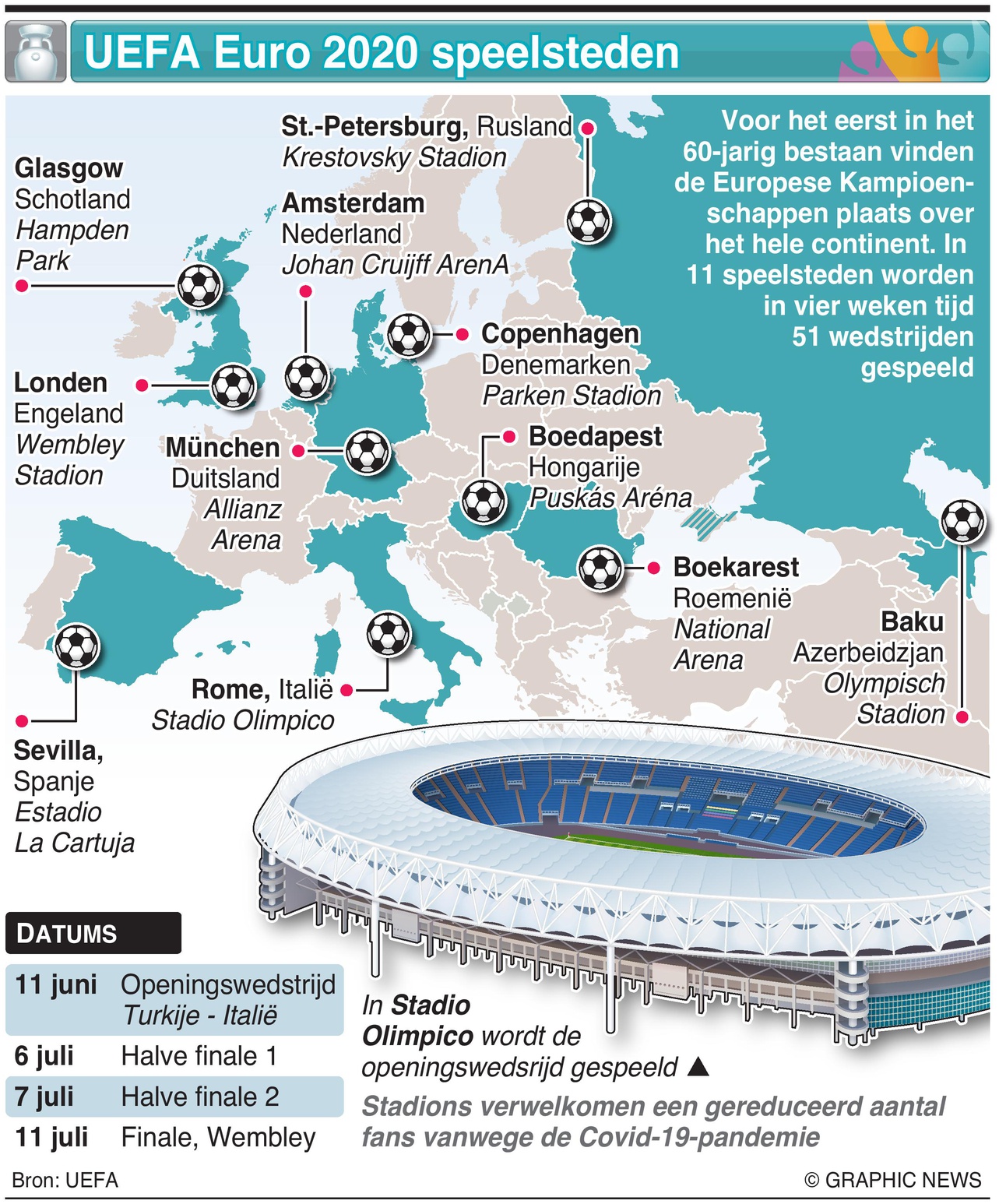 The tournament will be hosted in 11 cities across Europe, down from the original 12 after Dublin was forced to withdraw over Covid-19 issues.

Dublin lost out because it was unable to meet UEFA’s demand that host city stadiums must be able to hold at least 25% capacity to be allowed to keep their fixtures. Dublin’s three group games were moved to St Petersburg and its last-16 knockout match will be played at Wembley.