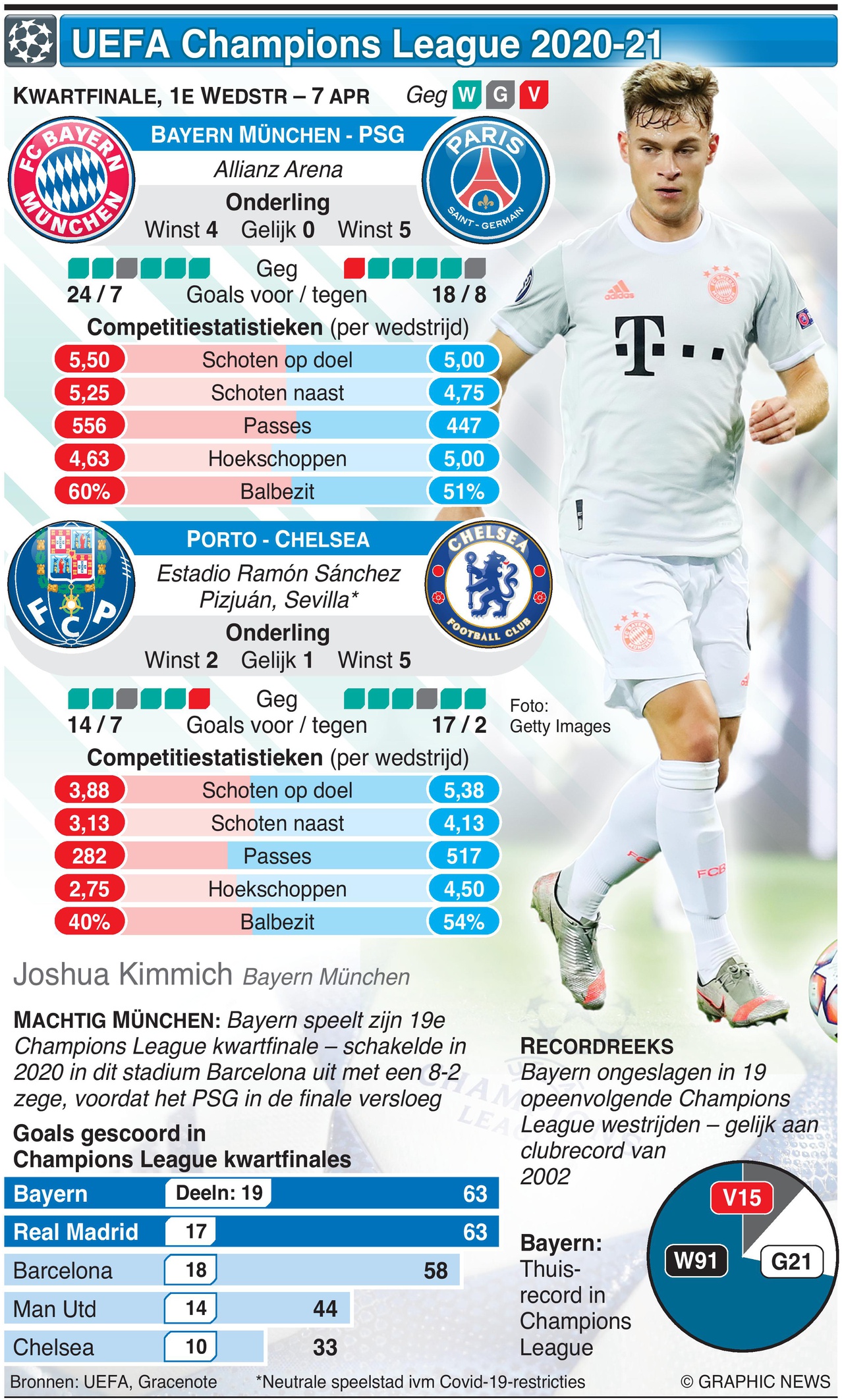 April 7, 2021 – Champions League Quarter-final first leg matches, including match-ups between Bayern Munich and Paris Saint Germain at the Allianz Arena, and Porto against Chelsea at the Estadio Ramon Sanchez-Pizjuan – in Seville. The second leg for these matches takes place on April 13.