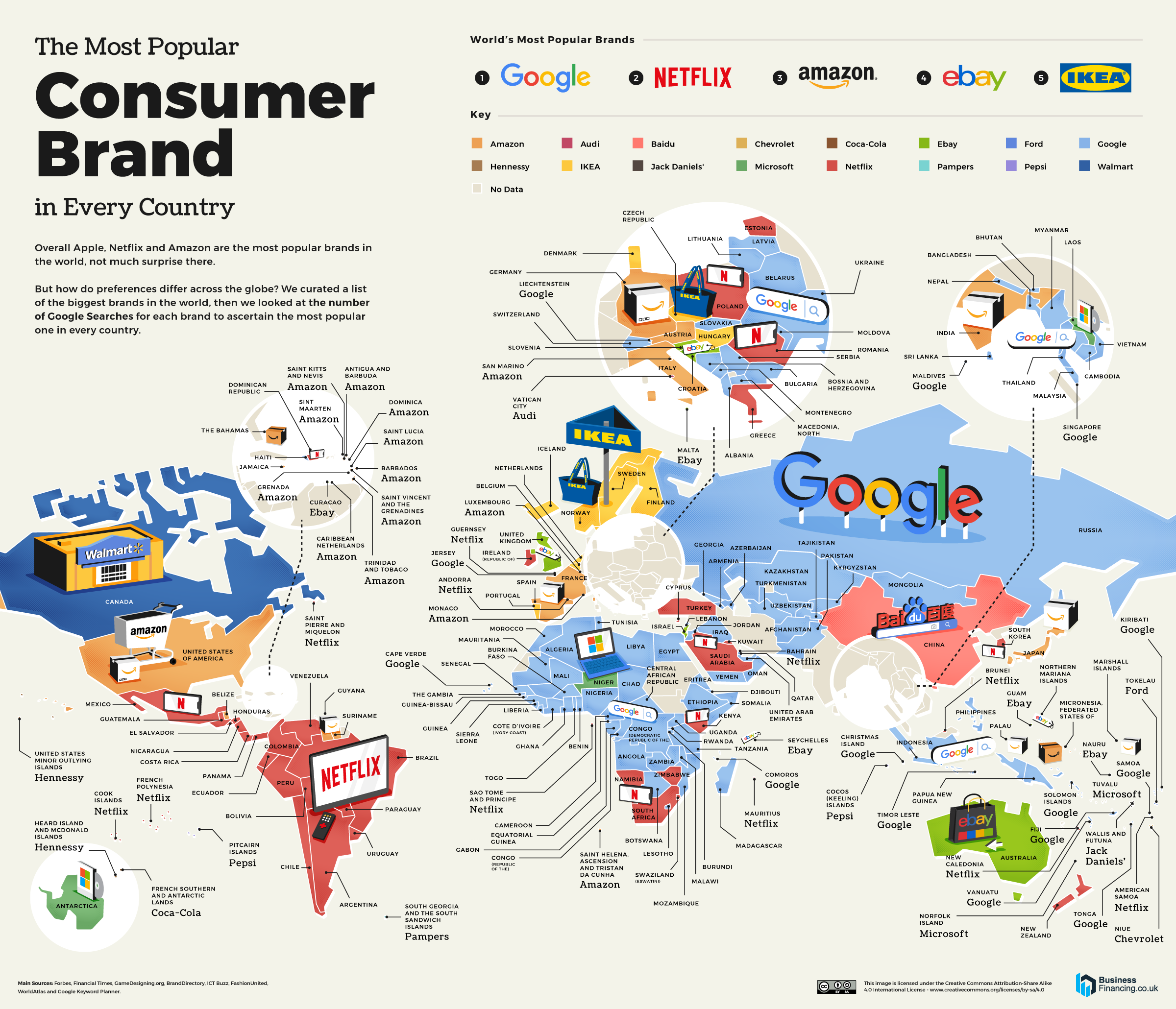 In fact, Google, Amazon, Netflix, and even eBay rank as some of the most searched consumer brands worldwide. It’s hard to imagine life without these household names.

Netflix, falling in second, ranks highest in 45 countries including Turkey, Brazil, and South Korea. In third, Amazon is the most popular in 30 countries. The only non-tech company in the top five is IKEA, in fifth place, after eBay.