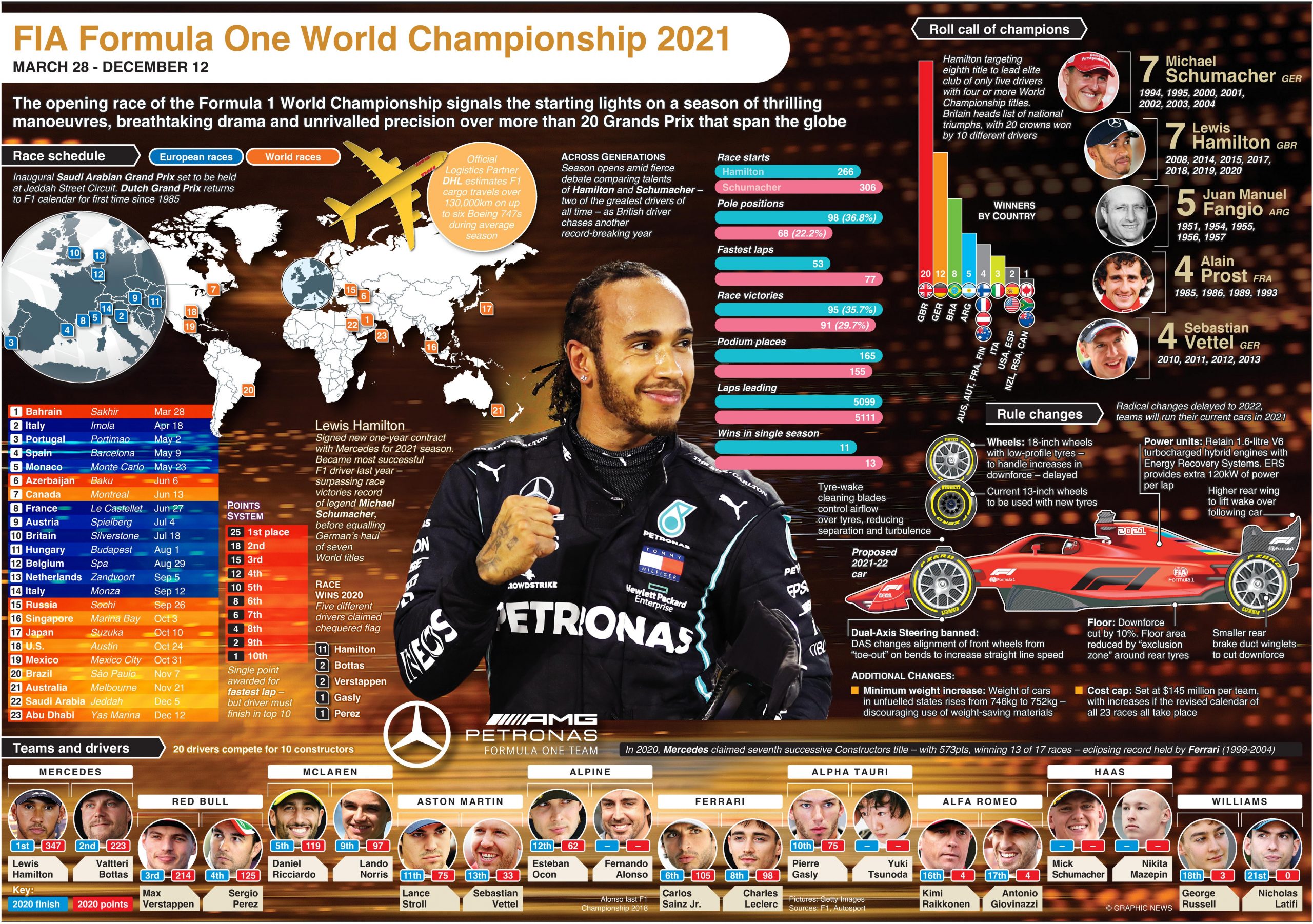 March 28, 2021 – December 12, 2021 – The 72nd Formula One World Championship now commences with the Bahrain Grand Prix and concludes in Abu Dhabi in December. The opening race of the Formula 1 World Championship signals the starting lights on a season of thrilling manoeuvres, breathtaking drama and unrivalled precision over more than 20 Grands Prix that span the globe.