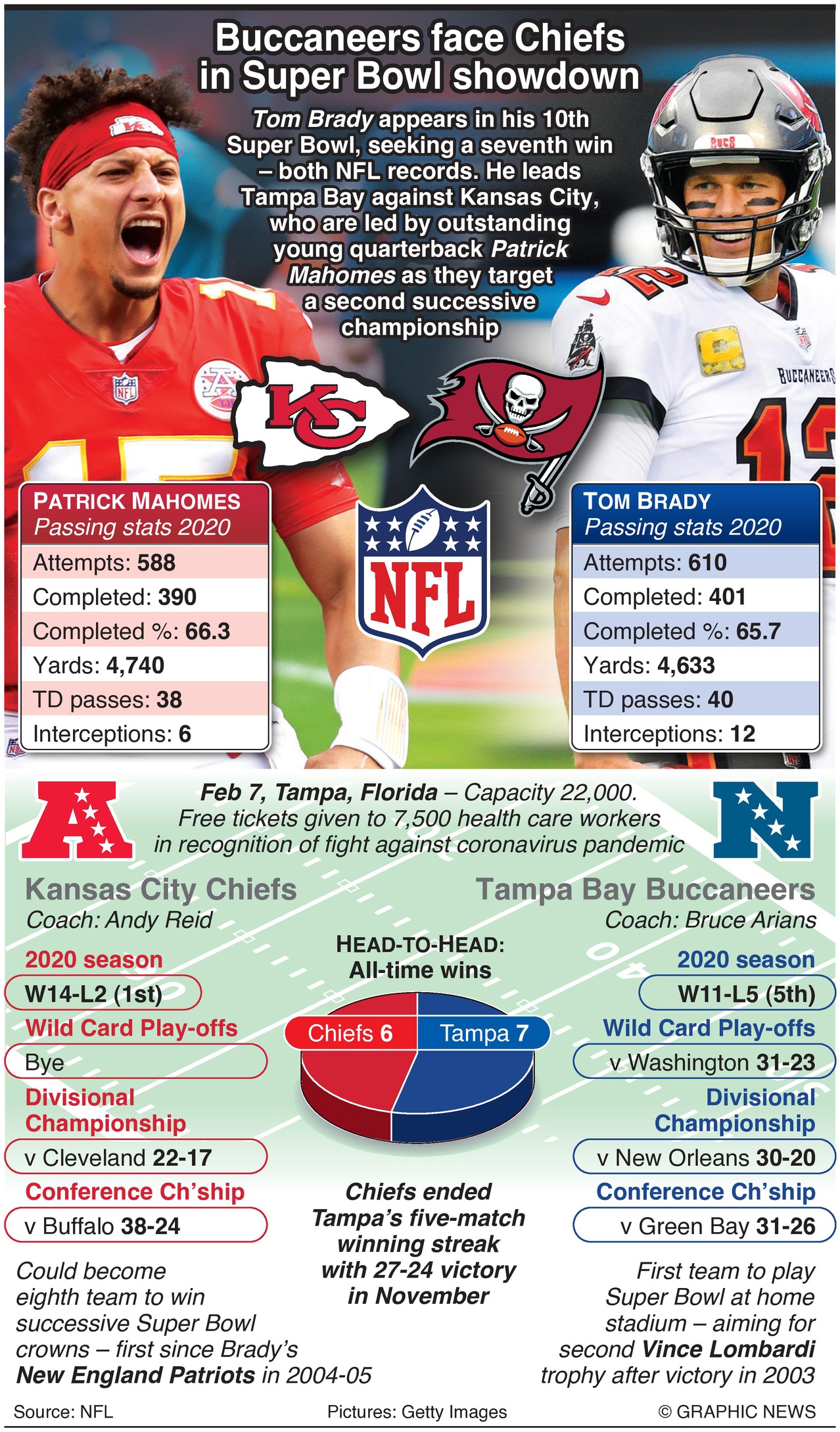 The Tampa Bay Buccaneers take on the Kansas City Chiefs in the 55th edition of the Super Bowl, at the Raymond James Stadium, Tampa, Florida.

The Super Bowl is the annual championship of the U.S. National Football League (NFL), the highest level of professional American football.

The game is contested by the winners of the American Football Conference (AFC) and the National Football Conference (NFC). This year, legendary quarterback Tom Brady appears in his 10th Super Bowl, seeking a seventh win — both NFL records. He leads Tampa Bay against Kansas City, who are led by their outstanding young quarterback Patrick Mahomes as they target a second successive championship.

An estimated 102 million people watched the Kansas City Chiefs beat the San Francisco 49ers in the 2020 Super Bowl, an increase on the previous year. The all-time record for Super Bowl viewing was 114.4 million for the Seattle-New England game in 2015.

A 30-second commercial broadcast during the game will cost between $5.1 million and $5.3 million.