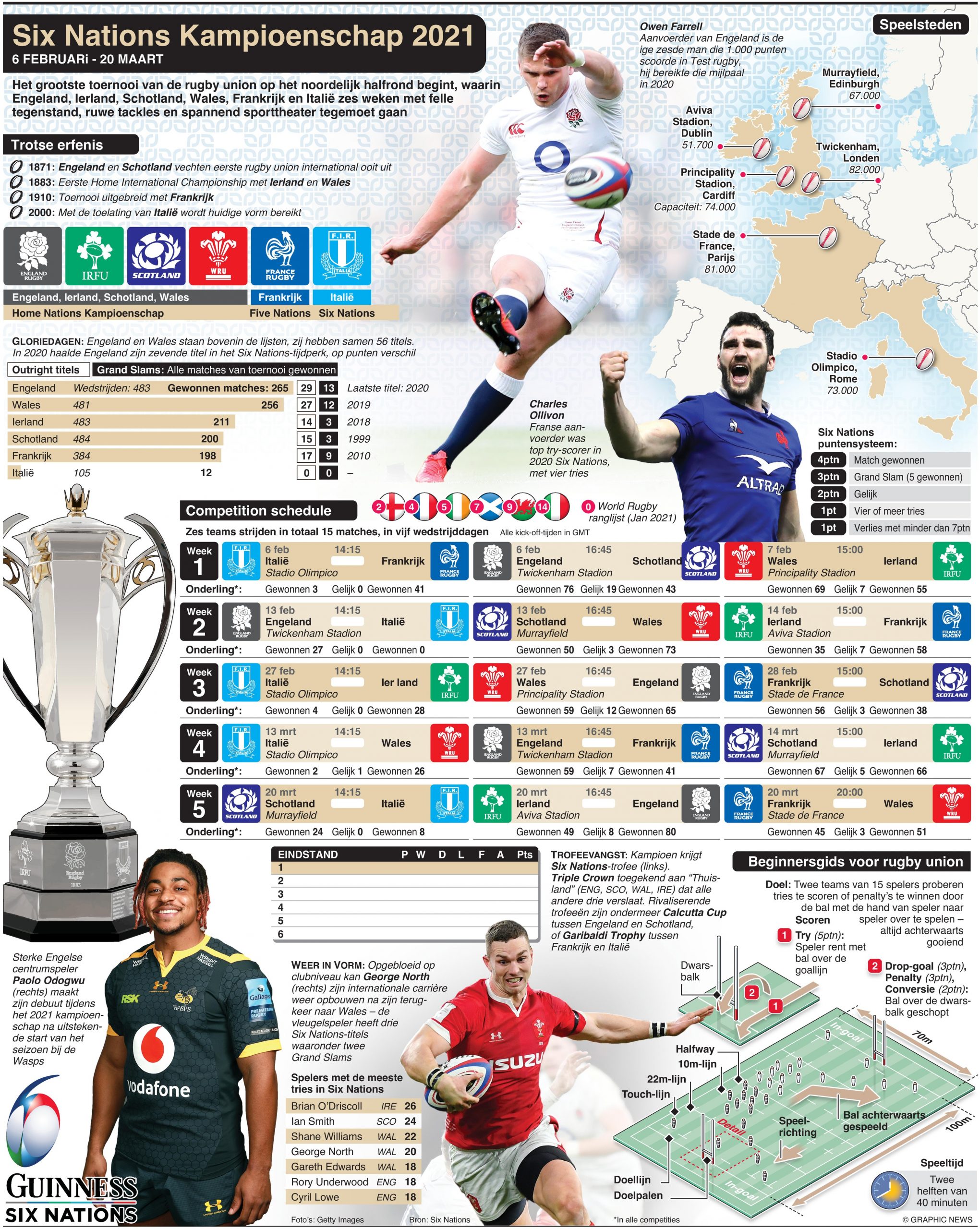 Each team plays every other team over five rounds, a total of 15 matches, with home advantage alternating between seasons.

The tournament began in 1883 as the Home International Championship, featuring the four “home” nations of England, Scotland, Wales and Ireland. France joined in 1910 and Italy in 2000 to give the current tournament format.

England and Wales top the record tables, sharing 56 titles between them.

The 2021 Championship begins amid concerns that the tournament may need to be suspended, with rising coronavirus cases in Europe and the newly-found, more transmissible variant established in the United Kingdom. France have agreed to travel to Rome for their opener against Italy, but the French government has cast doubt on away clashes with England and Ireland. With the Top14 and European competitions currently halted, whether the tournament is completed as scheduled could hinge on Covid-19 cases being brought under control in the coming weeks — the championship is due to run until March 20.

Apart from the Six Nations Championship trophy itself, other prizes contested under the tournament umbrella include the Triple Crown — awarded to the home nation that beats all other three — and rivalry trophies such as the Calcutta Cup between England and Scotland, the Millennium Trophy contested by England and Ireland, the Auld Alliance Trophy between Scotland and France, the Irish-Scottish Centenary Quaich, the Garibaldi Trophy between France and Italy, and the Doddie Weir Cup between Scotland and Wales.

March 5, 2021 – March 8, 2021 – Pope Francis is set to make a four-day trip to Iraq, marking the first time that a pope has ever visited the country. It will be his first foreign visit since the coronavirus pandemic struck the world. The 84-year-old pontiff, who has been vaccinated against Covid-19, intends […]