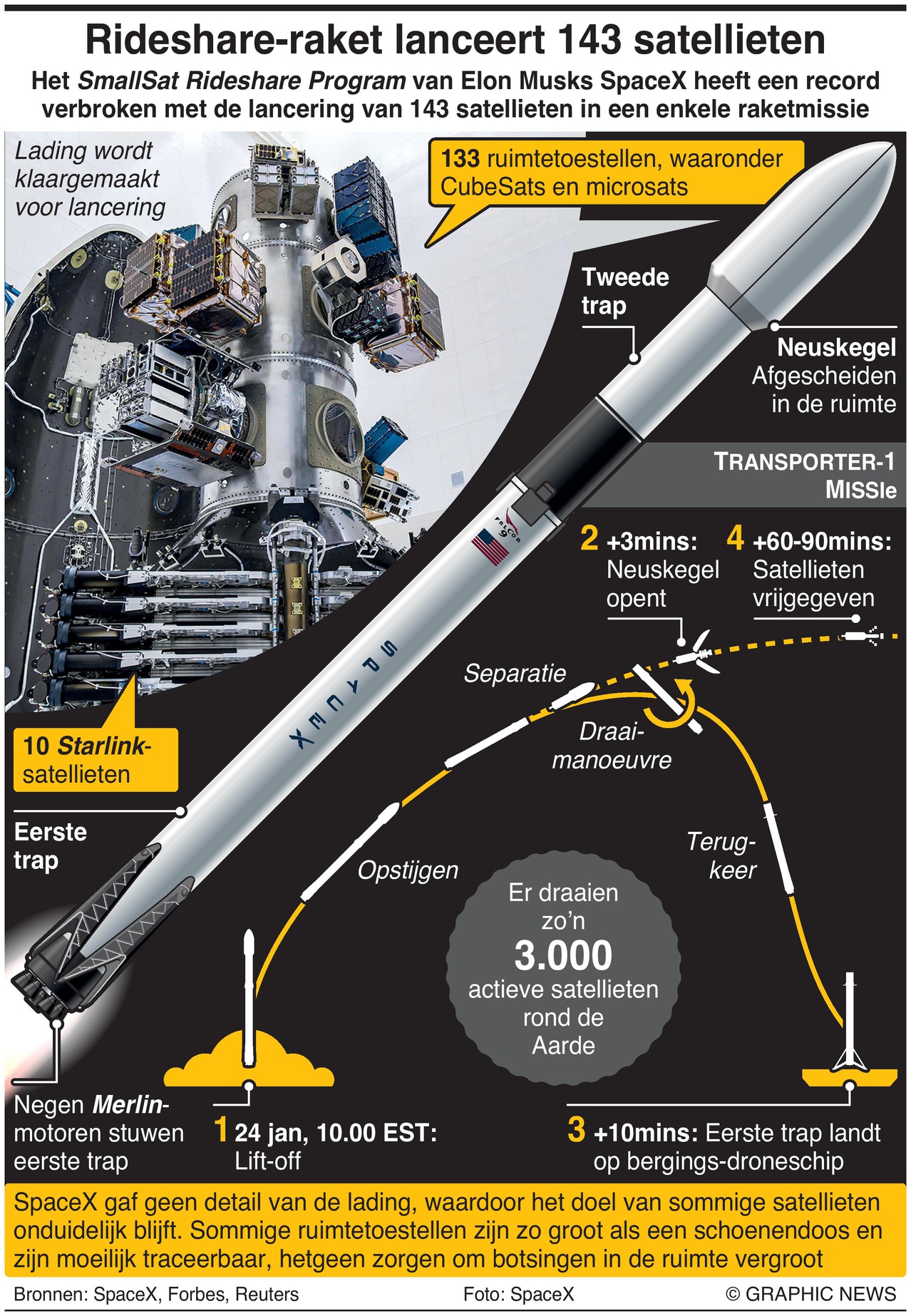 Elon Musk’s SpaceX SmallSat Rideshare Program has set a record by launching 143 satellites into orbit in a single rocket mission.

SpaceX has launched the Transporter-1 Mission, breaking the record for the greatest number of satellites carried into orbit on a single rocket.

On January 24, a Falcon 9 launch vehicle blasted off from Cape Canaveral, Florida, deploying 143 commercial and government satellites into sun-synchronous orbits, some 500 kilometres above the Earth.

Around 10 minutes later, the first stage of the rocket landed safely in the Atlantic Ocean on a floating barge called “Of Course I Still Love You”.

It was the first of SpaceX’s new “Rideshare Program” launches, designed as a cost-effective method of putting satellites into space – costing as little as $5,000 per kilogram.

The launch of 143 satellites broke the previous record for the most number of satellites in a single launch, set by India in 2017, when it loaded 104 spacecraft into one rocket.

However, some spacefight experts are concerned by the sheer number and size of some of the included space vehicles. With many no bigger than a shoe box, tracking them could be difficult, leading to a risk of a collision in space.

This launch alone has increased the number of active satellites orbiting Earth by 5%, to around 3,000 craft.