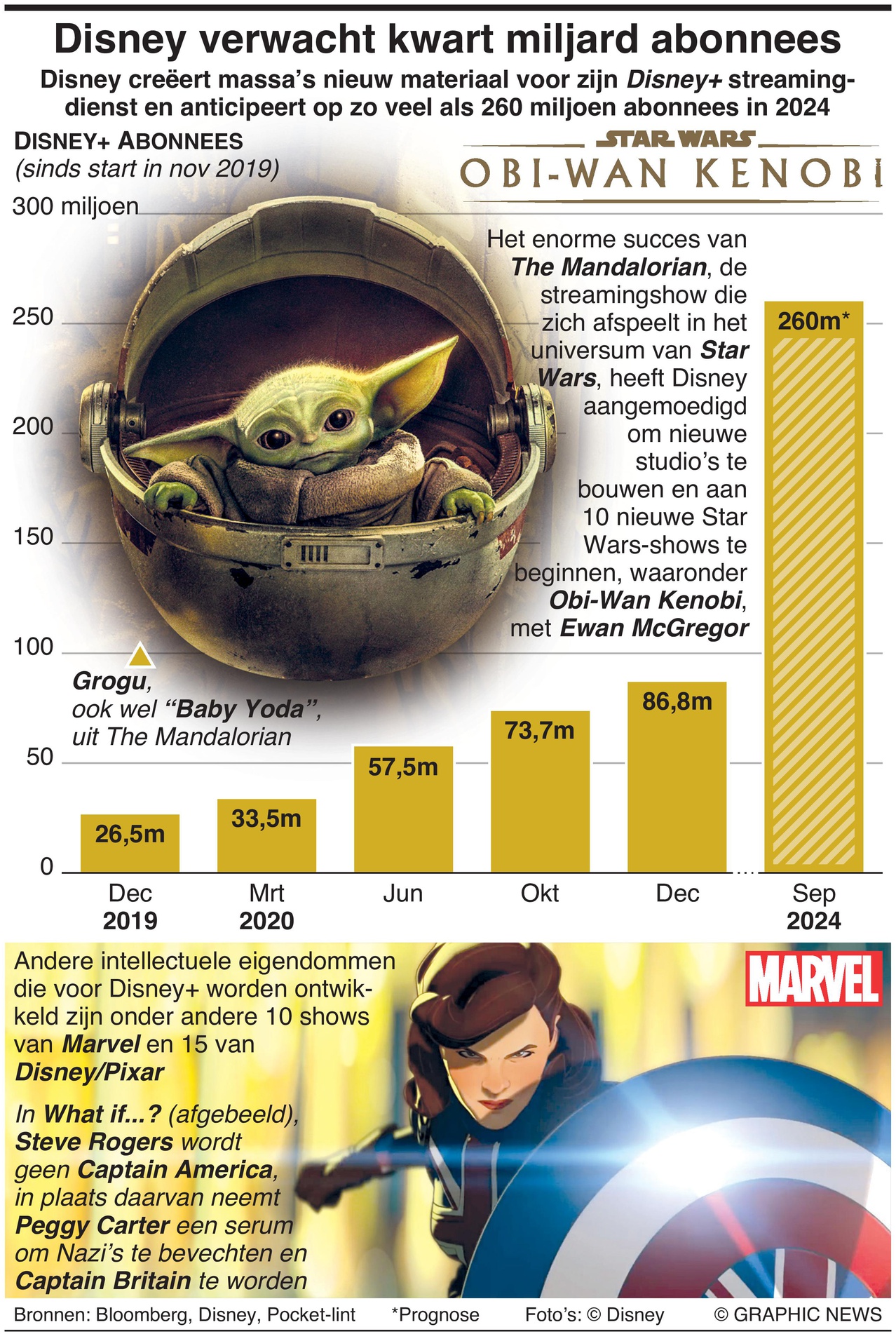 December 14, 2020 – Disney is creating masses of new content for its Disney+ streaming service, anticipating as many as 260 million subscribers by 2024.

Disney is planning a major upgrade to it streaming platform Disney+, including around 10 new Star Wars series, 10 Marvel series and 15 live-action/animation/Pixar series.

With movie theatres around the world still at the mercy of local lockdowns, as infection rates of coronavirus fluctuate wildly, Disney is planning for an expanding audience of digital home viewers – at least for the foreseeable future. It currently has 87 million subscribers globally and predicts having as many as 260 million by 2024.

Disney says viewers of its service can expect hundreds more live-action and animated titles over the next few years.