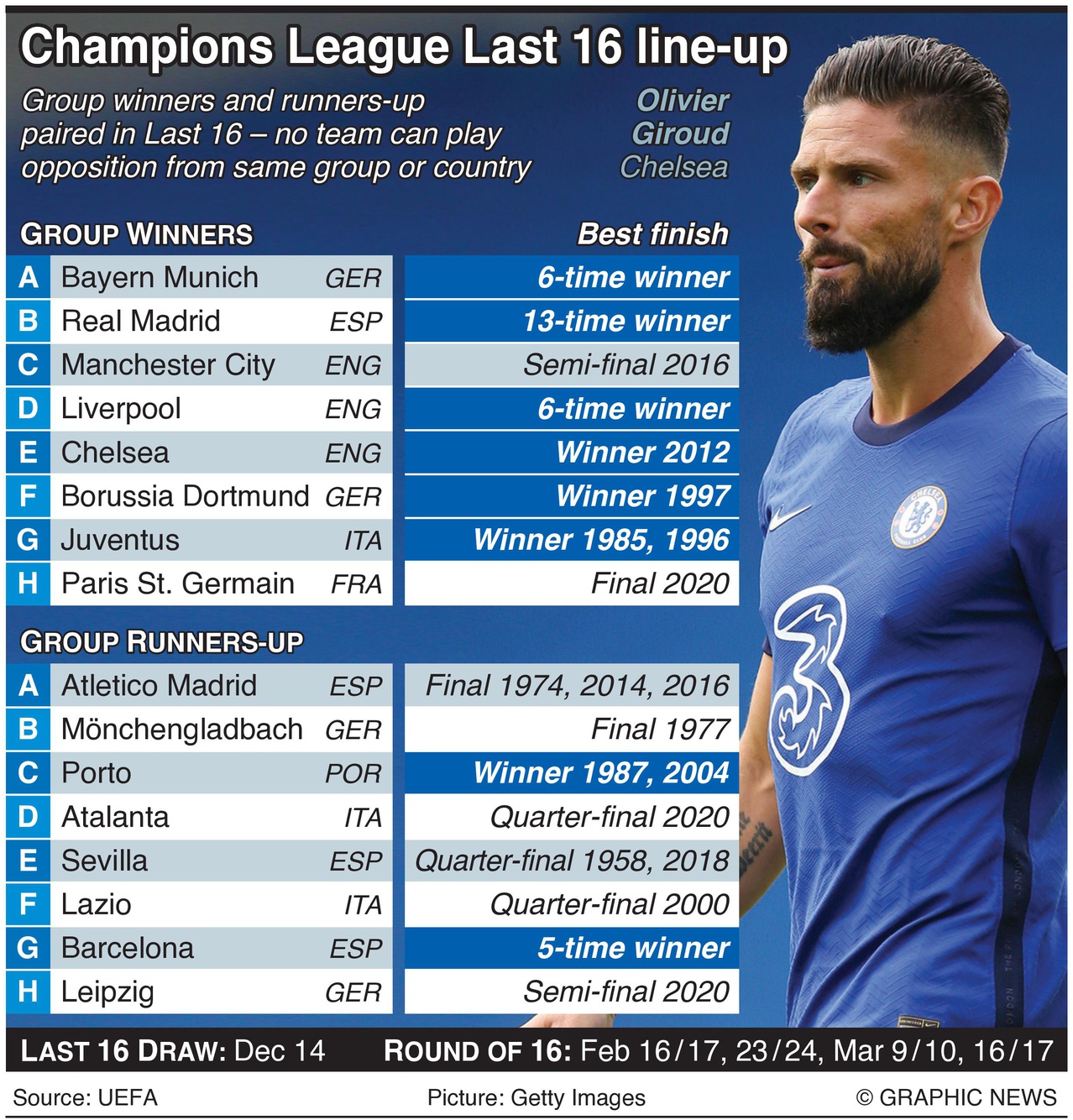 December 14, 2020 – The draw for the Last 16 in the Champions League takes place in Nyon, Switzerland, as the tournament reaches the knockout stages. Group winners will be paired with runners-up, with the first matches taking place on February 16/17.