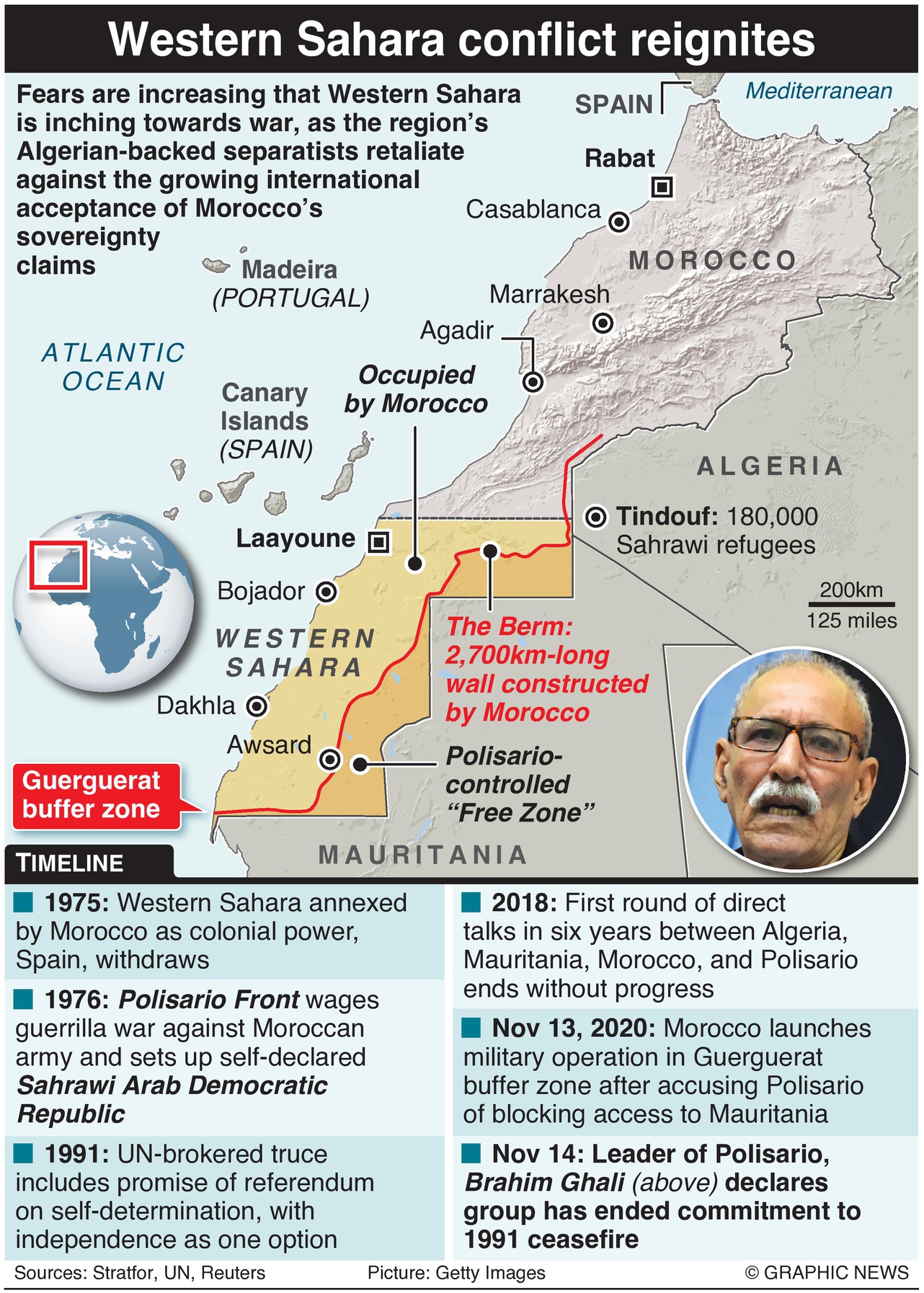 November 1, 2010 – Fears are increasing that Western Sahara is inching towards war, as the region’s Algerian-backed separatists retaliate against the growing international acceptance of Morocco’s sovereignty claims.

Tensions between Morocco and the independence movement have been growing in recent weeks, with pro-Polisario protesters, helped by armed fighters, blocking the main road linking the territory to neighbouring Mauritania.

After Morocco launched a military operation to open up the road, Brahim Ghali, the leader of Polisario, declared that his group had ended its commitment to the 1991 ceasefire.

A UN-organised self-determination referendum that is supposed to settle the status of Western Sahara as either part of Morocco or an independent territory has been repeatedly postponed because the two sides have failed to agree on who is eligible to vote — a key question for determining the outcome.