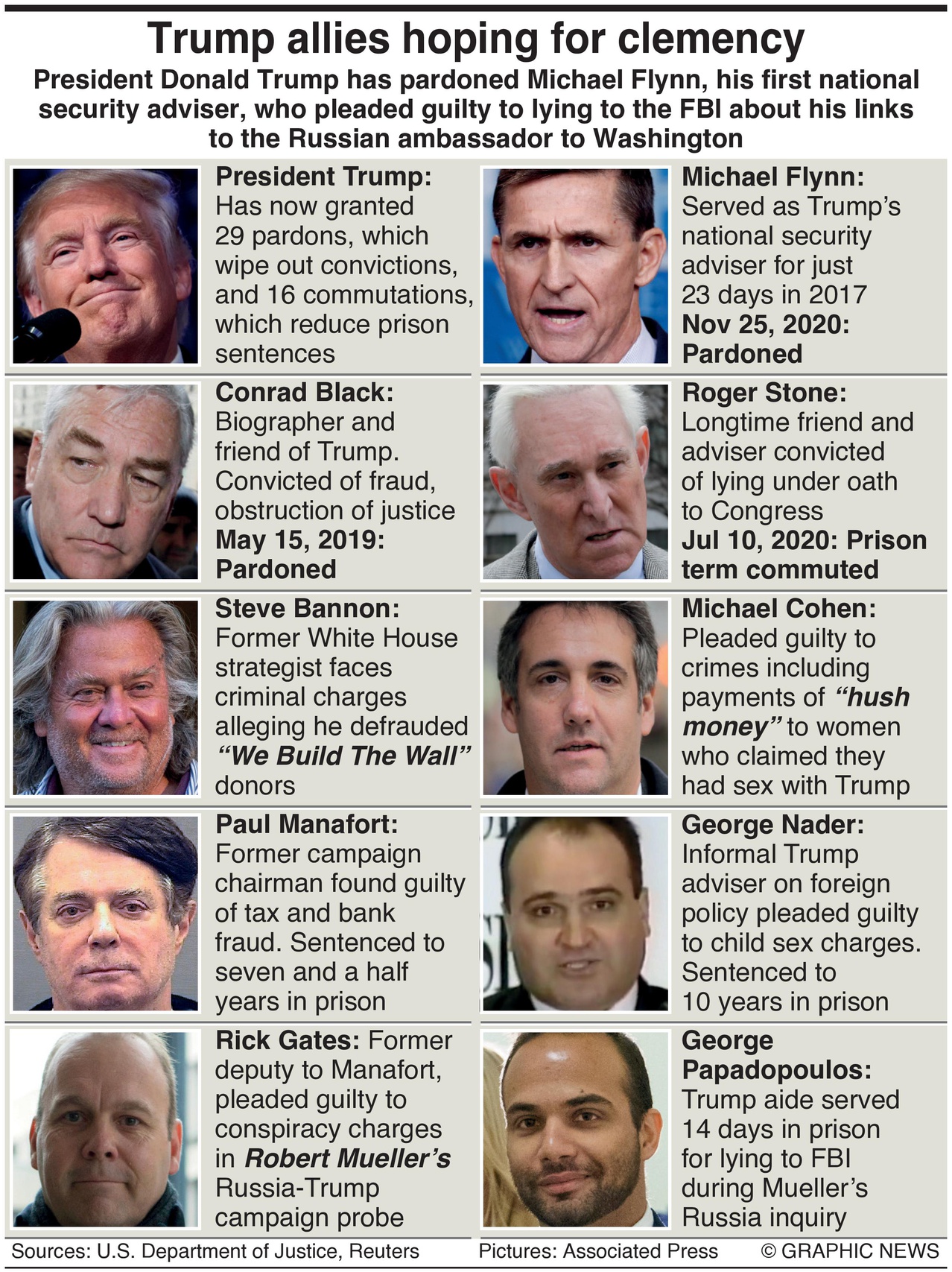 November 26, 2020 – President Donald Trump has pardoned Michael Flynn, his first national security adviser, who pleaded guilty to lying to the FBI about his links to the Russian ambassador to Washington.

Flynn served just 23 days as national security adviser — the President’s chief counsellor on international affairs and defence. Following the Mueller probe into alleged Russian interference in the 2016 presidential election, the Department of Justice filed a Motion to Dismiss with prejudice — meaning that criminal charges against Flynn are over.

Trump currently has the least number of pardons and commutations of any modern U.S. president, according to the Pew Research Center. His predecessor Barack Obama granted 212 pardons and 1,715 commutations — the most since President Harry Truman.

President Trump has now granted 29 pardons, which wipe out convictions, and 16 commutations, which reduce prison sentences.

Roger Stone, a long-time ally of the President, was convicted last year of lying to Congress and witness tampering. Stone had his prison sentence commuted in July.

Conrad Black, a former newspaper publisher, current friend, supporter and biographer of Trump, served 29 months in prison after being convicted of fraud and obstruction of justice. Trump pardoned Black in May 2019.

Former vice-president Dick Cheney’s chief of staff Lewis “Scooter” Libby, convicted in 2007 of perjury and obstruction of justice after leaking the identity of a CIA officer Valerie Plame to the media, was also pardoned in 2018.