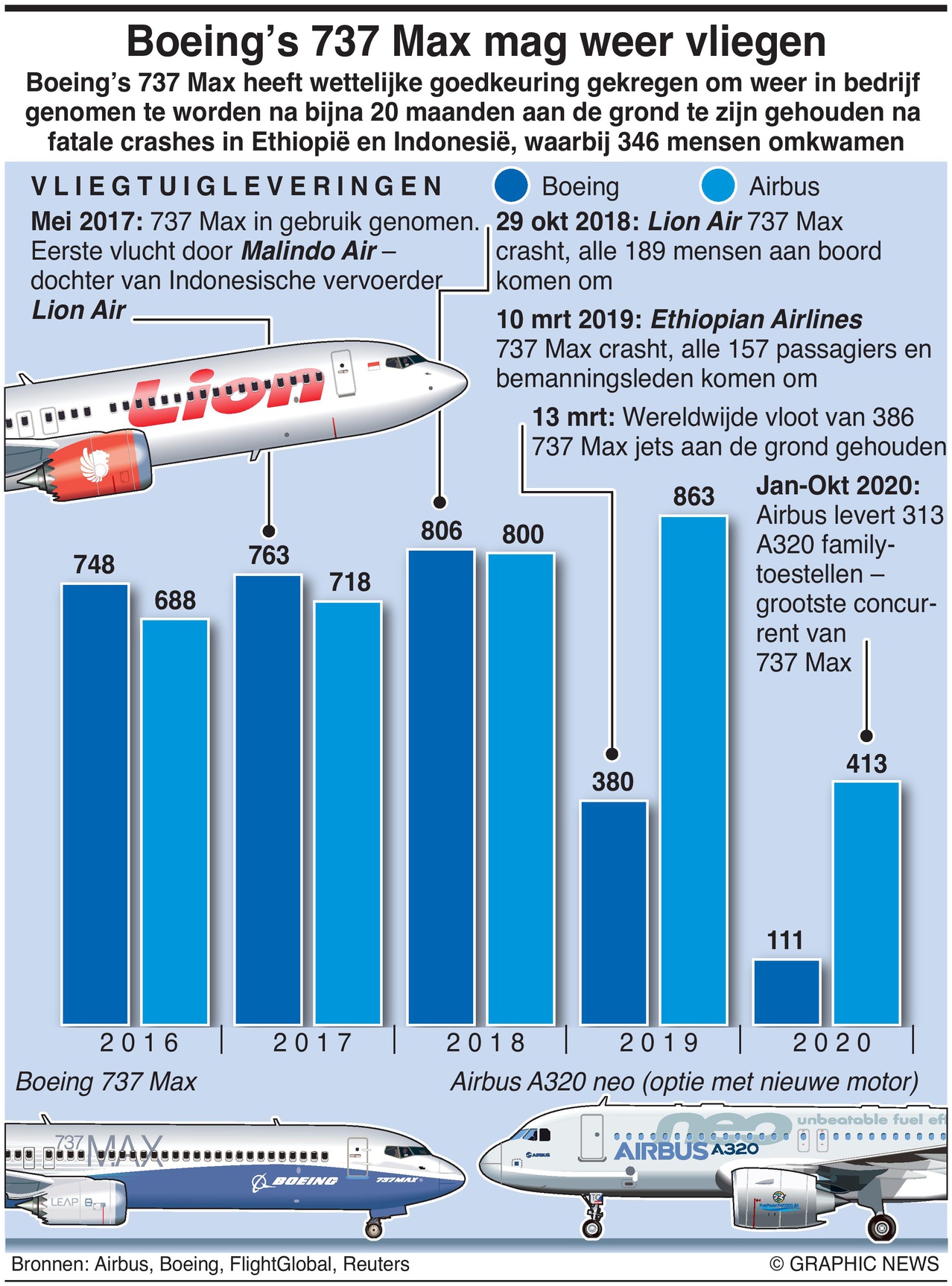 November 18, 2020 – Boeing’s 737 Max is to get regulatory approval to return to service following a nearly 20-month grounding after fatal crashes in Ethiopia and Indonesia killed 346 people.

The U.S. Federal Aviation Administration chief Steve Dickson told Reuters that the agency was reviewing proposed changes to the 737 Max. Dickson expected to complete the review process in the “coming days.” Reuters reports that approval could come as soon as November 18.

The coronavirus pandemic has hit both aerospace manufacturers hard, as airlines struggle from the collapse in demand for air travel. Boeing is also losing orders from airlines and lessors who, still without a Max after 12 months, are cancelling their contracts without penalty.

Airbus and Boeing are also involved in a trade spat over aircraft subsidies. The European Union plans to impose tariffs on $4 billion American goods — including tariffs of 15 per cent on Boeing aircraft — in retaliation for $23 billion in state subsidies to the aircraft maker. The World Trade Organization approved the tariffs last month.

The United States imposed similar tariffs on European goods including Airbus jets last year. Airlines in the 27-member European Union and the U.K. have 223 grounded Maxes on order, worth $27.1 billion at list prices.