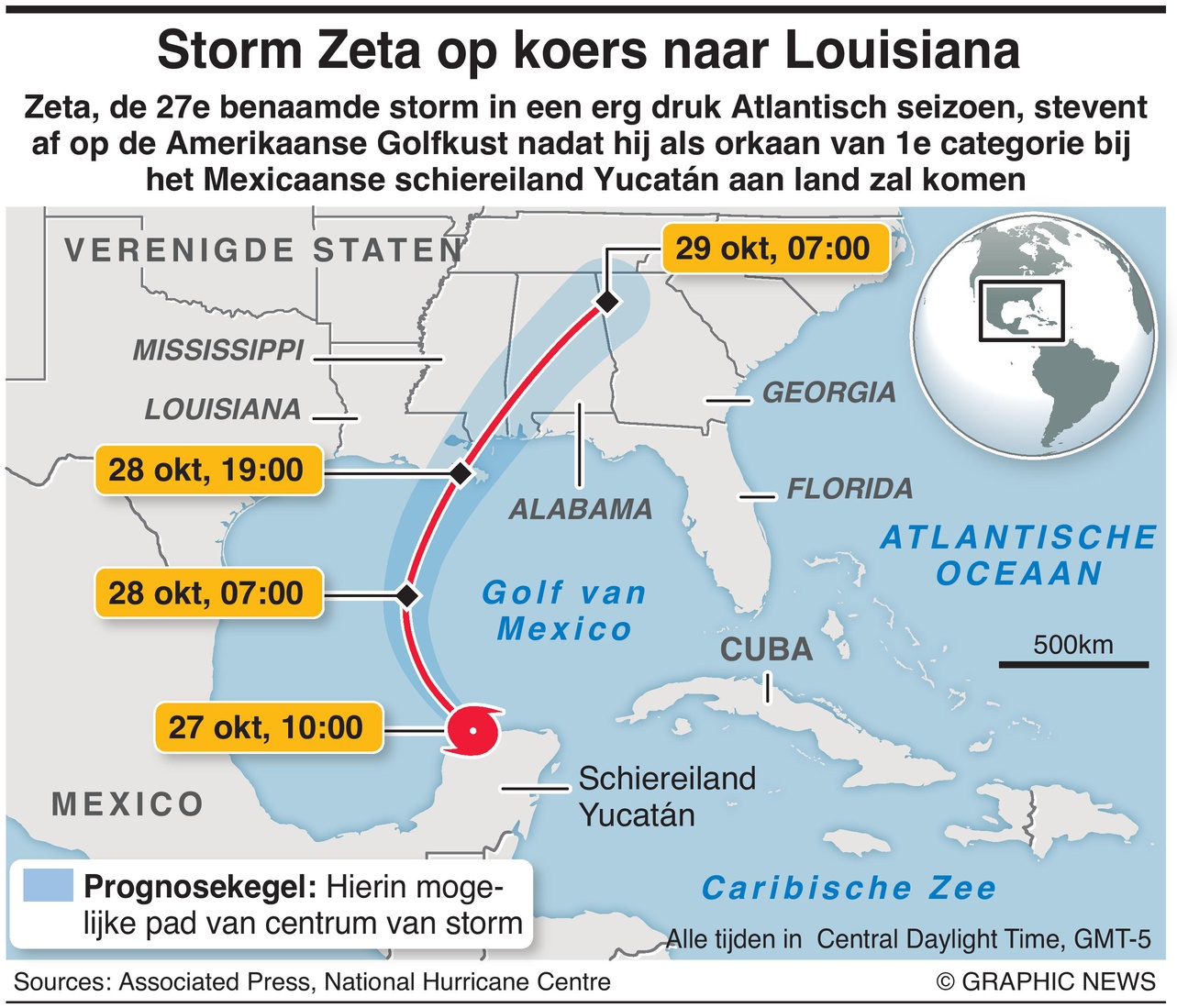 Zeta, the 27th named storm in a very busy Atlantic season, is heading towards the U.S. Gulf Coast after making landfall in Mexico’s Yucatan Peninsula as a Category 1 hurricane.

Zeta weakened to a tropical storm as it crossed over land, but it was expected to regain strength over the Gulf of Mexico, on a path that could hit New Orleans Wednesday night.

Zeta’s top winds were 110km/h early Tuesday, and it was centred about 865km south of the mouth of the Mississippi River. If Zeta makes landfall in Louisiana, it will be the fifth named storm to hit the state this year, joining Cristobal, Laura, Marco and Delta.

Zeta broke the record for the previous earliest 27th Atlantic named storm that formed in November 2005. It’s also the 11th hurricane of the season. An average season sees six hurricanes and 12 named storms.

There have been so many storms this season that the National Hurricane Centre had to turn to the Greek alphabet after running out of assigned names.