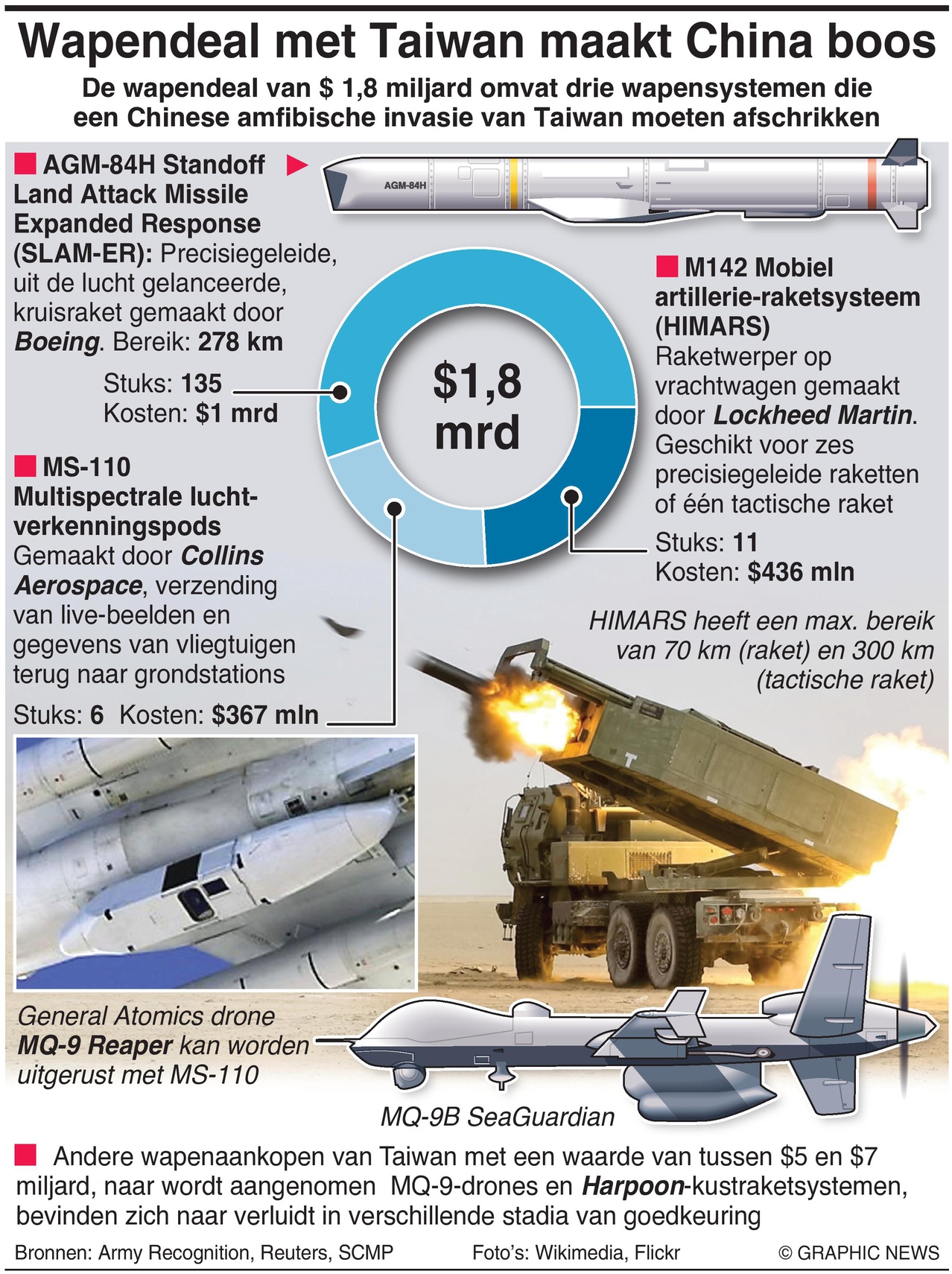 China has threatened to retaliate against the latest U.S. arms sale to Taiwan, a self-ruled island that Beijing claims as its own.

The $1.8bn arms deal comprises three weapons systems that would
make a Chinese amphibious invasion of Taiwan more difficult, according to analysts.

Other arms transfers to Taiwan valued at between $5bn and $7bn, and believed to include MQ-9 drones and Harpoon coastal missile defence system, are reportedly in various stages of approval.