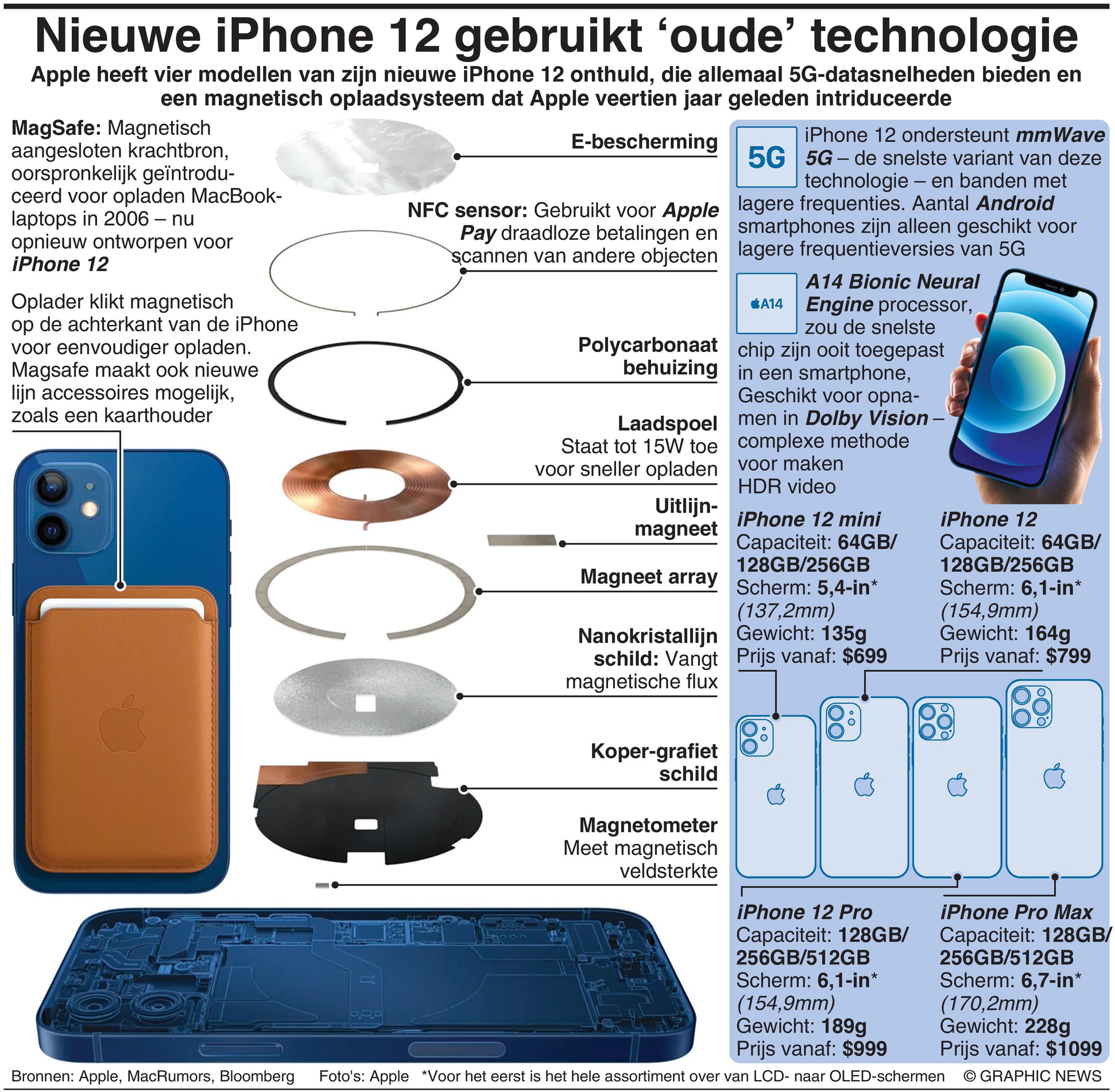 Apple has unveiled four editions of its new iPhone 12, all of which offer 5G data speeds and reintroduce an innovative magnetic charging system which Apple phased out some years ago.

Apple has unveiled its iPhone 12 range, the main handset of which features the same-sized 6.1-inch display as the iPhone 11 and iPhone XR before it.

This time around all four handsets feature OLED displays which have a peak brightness of 1200 nits and support Dolby Vision, HDR 10, and HLG formats.

The glass display is coated with a “ceramic shield” for better durability if dropped. Water resistance has also been bettered.

Apple’s new smartphone range is powered by the company’s new A14 Bionic processor, which it says is the first smartphone chip built on a 5nm process, leading to improved performance and efficiency. In fact, Apple claims the iPhone 12 is up to 50 percent faster than leading Android smartphones.

Apple has also improved wireless charging which is now achieved with the aid of its “MagSafe” system, with built-in magnets to guarantee that the iPhone lines up properly with supported MagSafe accessories. Cases, chargers and other accessories snap onto the iPhone 12 magnetically.

Interestingly, in a bid to improve its environmental goals, the iPhone 12 does not come with a charger or EarPods, meaning the packaging can be about half the size of previous iPhones.