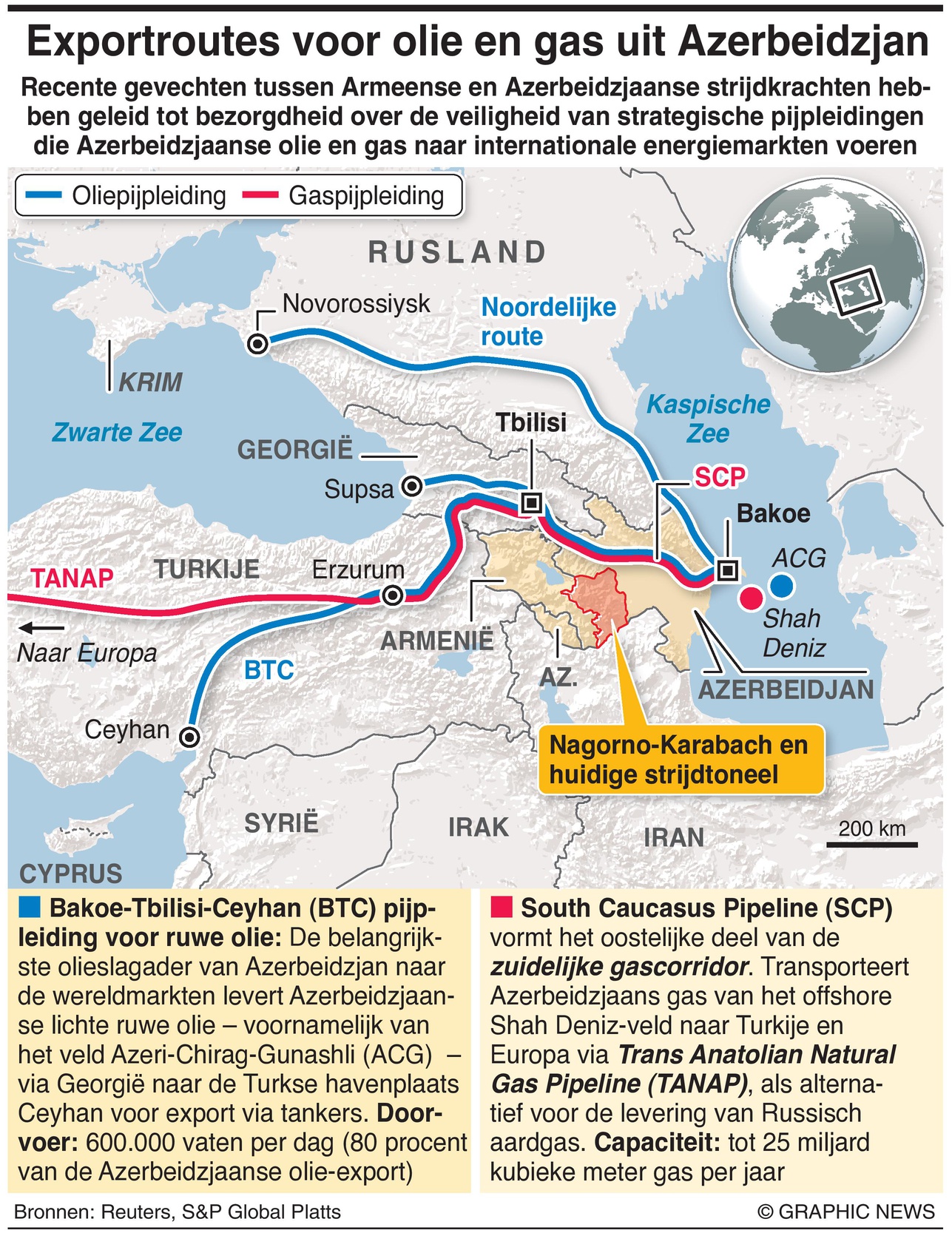 Recent fighting between Armenian and Azerbaijani forces is raising concern over the safety of strategic pipelines that carry Azerbaijan’s oil and gas to international energy markets.

Azerbaijan accused Armenia on Wednesday of trying to attack its gas and oil pipelines and warned of a “severe” response as tensions rose sharply around a fraying ceasefire in the mountain enclave of Nagorno-Karabakh, Reuters said.

Armenia denied the claim and said Azeri forces were trying to seize control of the tiny territory, which is governed by ethnic Armenians, despite Saturday’s humanitarian ceasefire.