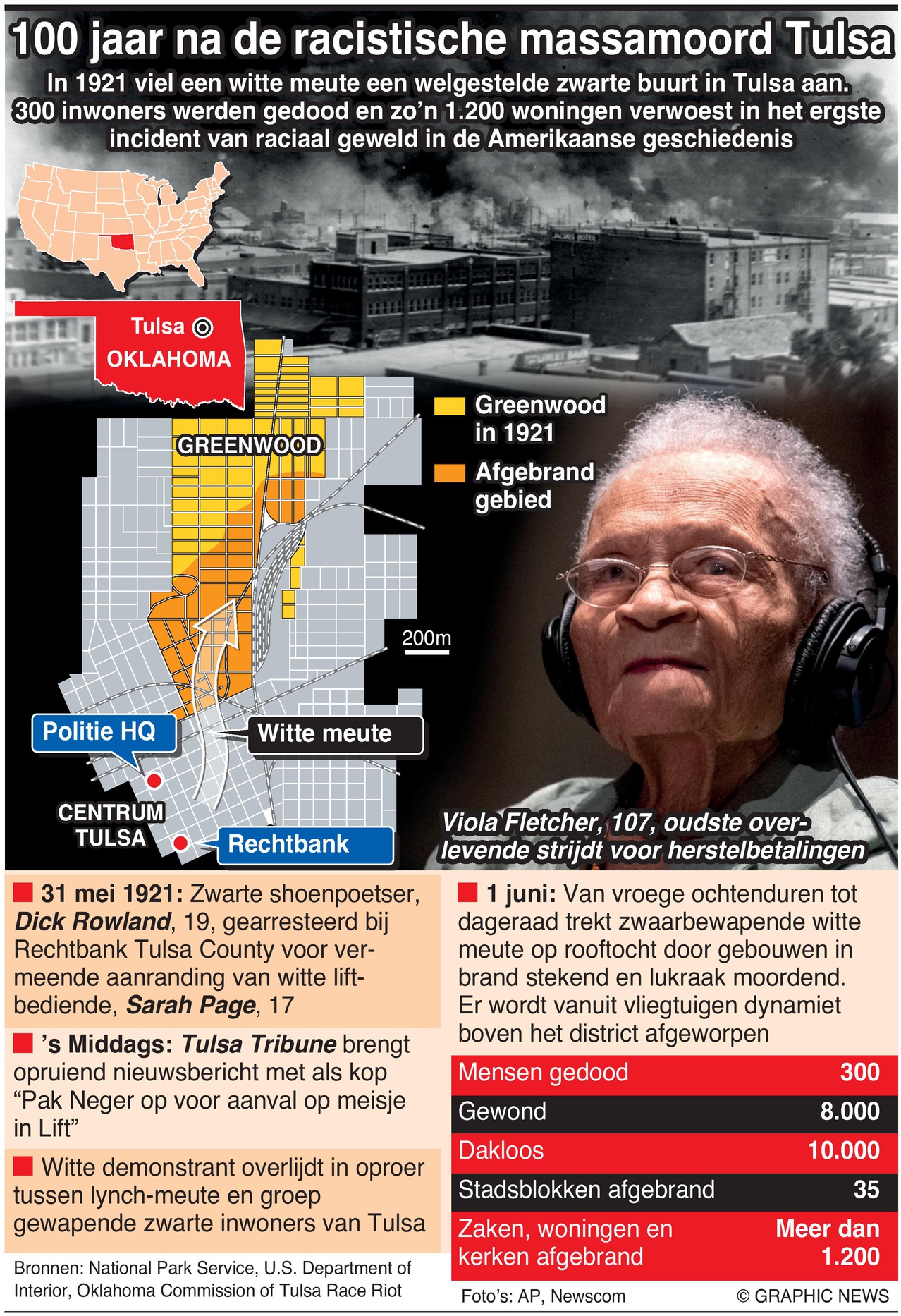 May 31, 2021 – In 1921, a white mob attacked an affluent black neighbourhood in Tulsa, killing 300 residents and destroying around 1,200 homes in the worst single incident of racial violence in U.S. history.

As part of the 1921 Tulsa Race Massacre Centennial weekend, the 11,000-sq-ft Greenwood Rising history centre will be dedicated at 23 N. Greenwood Ave. on the southeast corner with Archer Street, the gateway to the resurgent community. The $7.5-million one-story building includes an exhibit hall celebrating the story of the Greenwood District. The museum opens to the public later in June.

On May 31, 1921, the town’s white people attacked the black community. Residents were machine-gunned in the streets, and the are was set ablaze. The issue was economics, according to a contemporary account published by Smithsonian Magazine, after Native Americans and African-Americans in the area had become wealthy because of the discovery of oil on what had been viewed as worthless land. The black residents’ Greenwood district, complete with restaurants and furriers and jewelry stores, was known as the Black Wall Street. The atrocity is attributed to the frustration of the poor whites of the time, while racist attitudes added fuel.

For decades the atrocity was actively covered up and wished away. But at the age of 107, Viola Fletcher, the oldest living survivor and her 100-year-old brother, are seeking reparations and, ahead of the massacre’s centenary, appeared before a House of Representatives judiciary subcommittee considering legal remedies.

The centenary will be marked on May 31 with a series of events, including a candlelit vigil and a memorial service. President Joe Biden will visit the town on June 1.