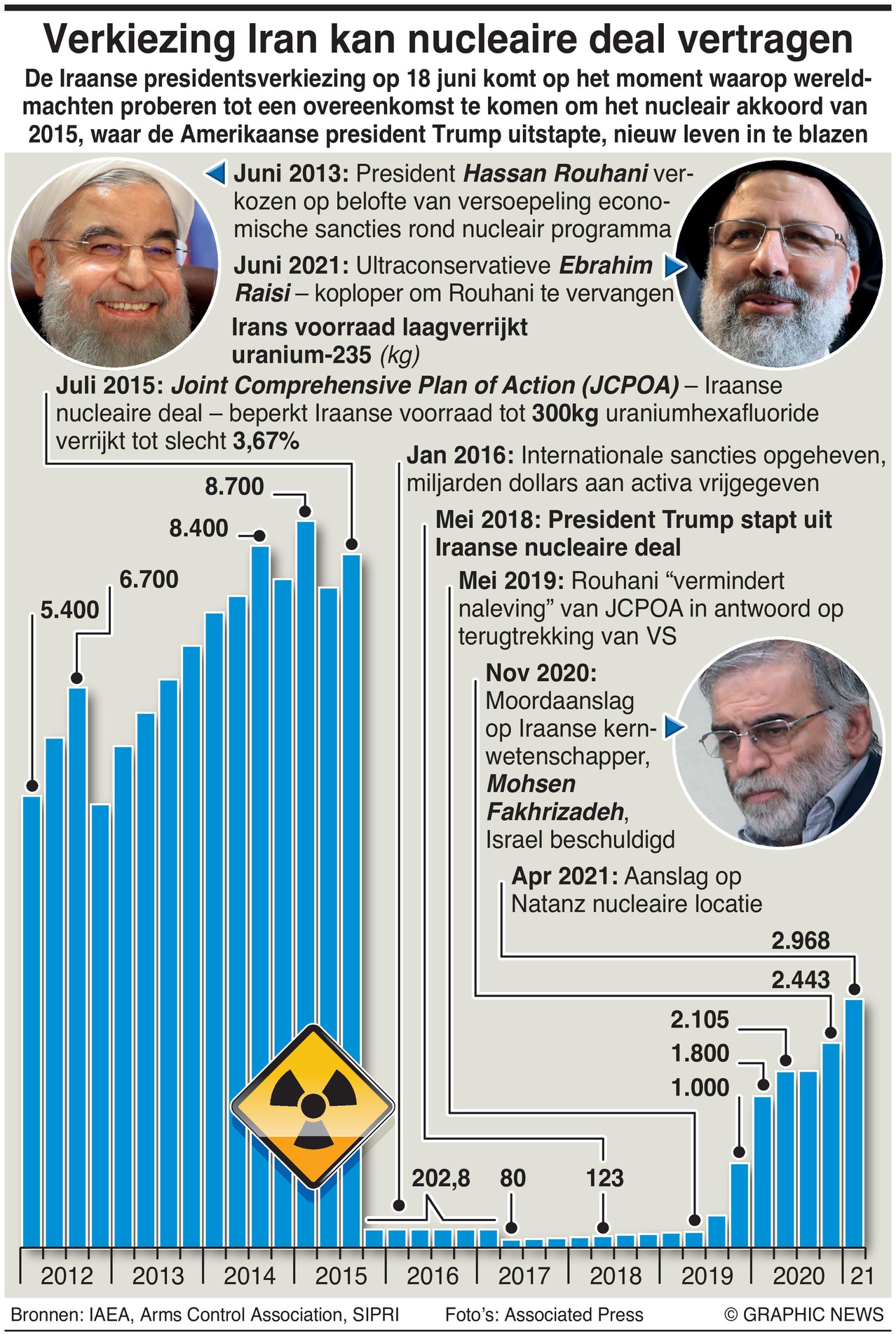 May 28, 2021 – Iran’s June 18 presidential election comes as world powers are trying to hammer out an agreement to revive the 2015 nuclear accord abandoned by former U.S. President Donald Trump.

Until the Trump withdrawal, Tehran complied with the Joint Comprehensive Plan of Action (JCPOA) — the Iran nuclear deal which limits Iran’s stockpile to 300 kilograms of uranium hexafluoride (UF6) gas enriched to only 3.67 per cent purity. Three hundred kilograms of UF6 equates to about 202 kilograms of uranium by weight.

Following the assassination of Iranian nuclear scientist Mohsen Fakhrizadeh in November 2020, Iran began producing uranium enriched to just under 20 per cent (around 19.5 per cent).

According to the Stockholm International Peace Research Institute, Iran currently has 17.6 kilograms of material enriched to 20 per cent.

In April 2020, Iran suffered an attack against its Natanz nuclear site, which destroyed or damaged thousands of centrifuges to enrich uranium. Tehran has blamed both the killing of Fakhrizadeh and the Natanz attack on Israel.

Iran responded by announcing that it would significantly increase the quality of enrichment — from 20% to 60% purity — a big step towards 90 per cent weapons-grade uranium.