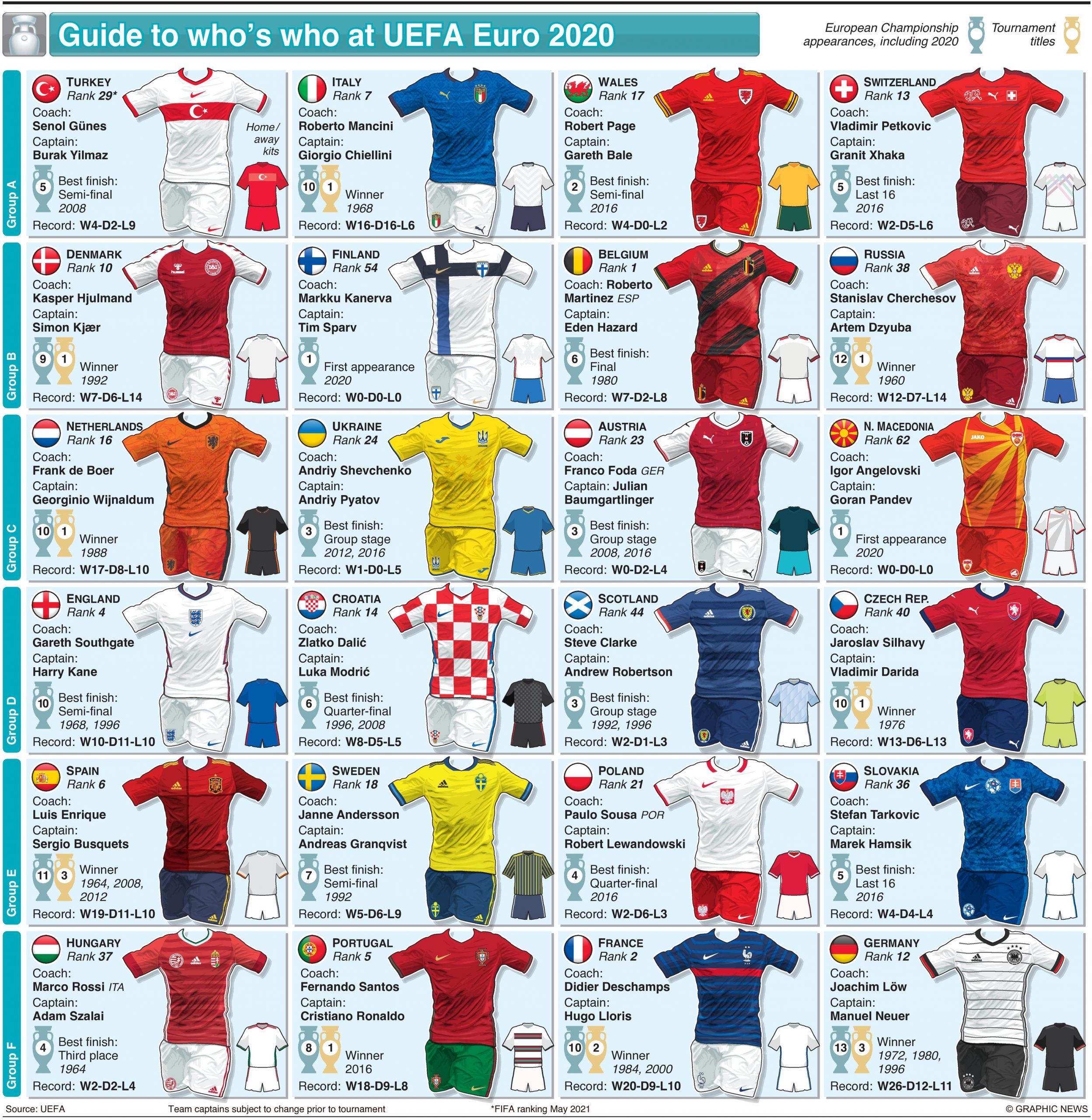 Italy will open the tournament against Turkey in Rome on June 11. An exciting England team begin their campaign with a repeat of their World Cup 2018 semi-final against Croatia, while France and Germany kick off Group F — which also includes reigning champions Portugal — with a highly anticipated contest. Competition debutants Finland and North Macedonia start their UEFA Euro adventure against Denmark and Austria respectively.

A total of 51 matches will be played at 11 venues over four weeks, with the final taking place at Wembley Stadium in London on July 11.