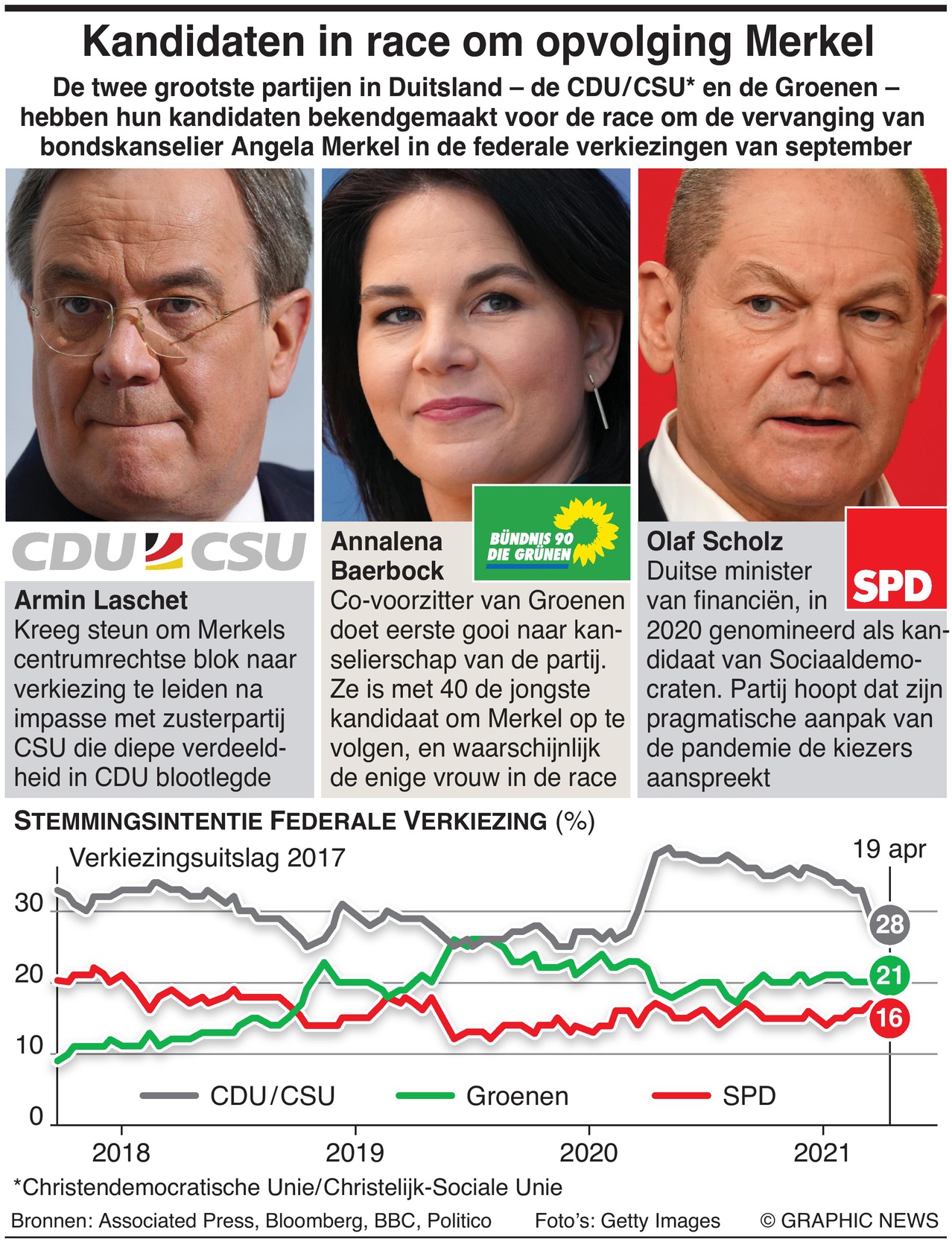 The CDU/CSU bloc is the last major political force to nominate a candidate for the election, in which chancellor Angela Merkel is not seeking a fifth term after nearly 16 years in power.

Laschet, 60, was elected CDU leader in January, when he presented himself as the Merkel continuity candidate, according to the BBC. He is the premier of North Rhine-Westphalia – Germany’s most populous state.

With five months to go until the election, the conservative alliance is under pressure from the Greens, who announced a candidate for chancellor for the first time in their history.

Ms Baerbock, 40, is likely to be the only woman in the race. She became joint leader of the Greens in 2018, having previously served as its spokesperson on climate policy, the BBC said.