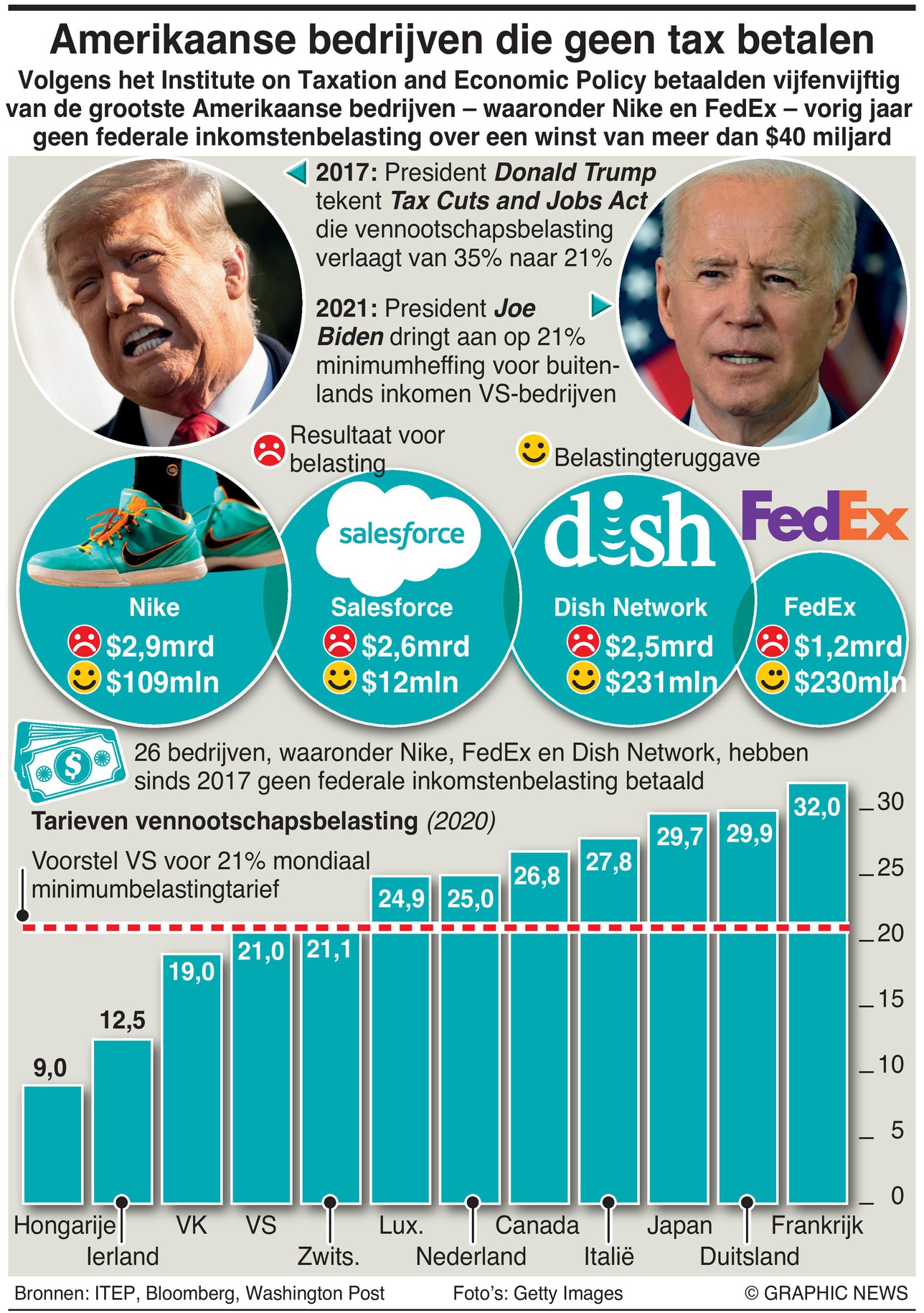 Fifty-five of America’s largest corporations — including Nike and FedEx — paid no federal income tax on more than $40 billion in profits last year, according to the Institute on Taxation and Economic Policy.

The Institute on Taxation and Economic Policy (ITEP) study says that corporate tax avoidance by the most prominent U.S. corporations appears to be the product of long-standing tax breaks. The 2017 Tax Cuts and Jobs Act (TCJA) and the CARES Act tax enacted in 2020 expanded the tax breaks.

“Their total corporate tax breaks for 2020, including $8.5 billion in tax avoidance and $3.5 billion in rebates, comes to $12 billion,” according to the study’s authors, Matthew Gardner and Steve Wamhoff.

ITEP’s findings highlight the favourable tax environment for big businesses in the wake of the Trump tax cuts. Nike didn’t pay a dime of federal income tax on almost $2.9 billion of U.S. pretax income last year. Instead, it enjoyed a $109 million tax rebate.

According to the report, twenty-six corporations, including Nike, FedEx and Dish Network, have paid no federal income taxes since 2017.

President Biden has called for a higher corporate tax rate to fund his package of infrastructure investments, as well as a higher minimum tax on income earned by American companies overseas. Speaking to reporters on April 2, Biden said, “we are asking corporate America to pay their fair share.”

Jeff Bezos, CEO and founder of the company and the world’s richest man, called Biden’s plan “a bold investment in American infrastructure.”