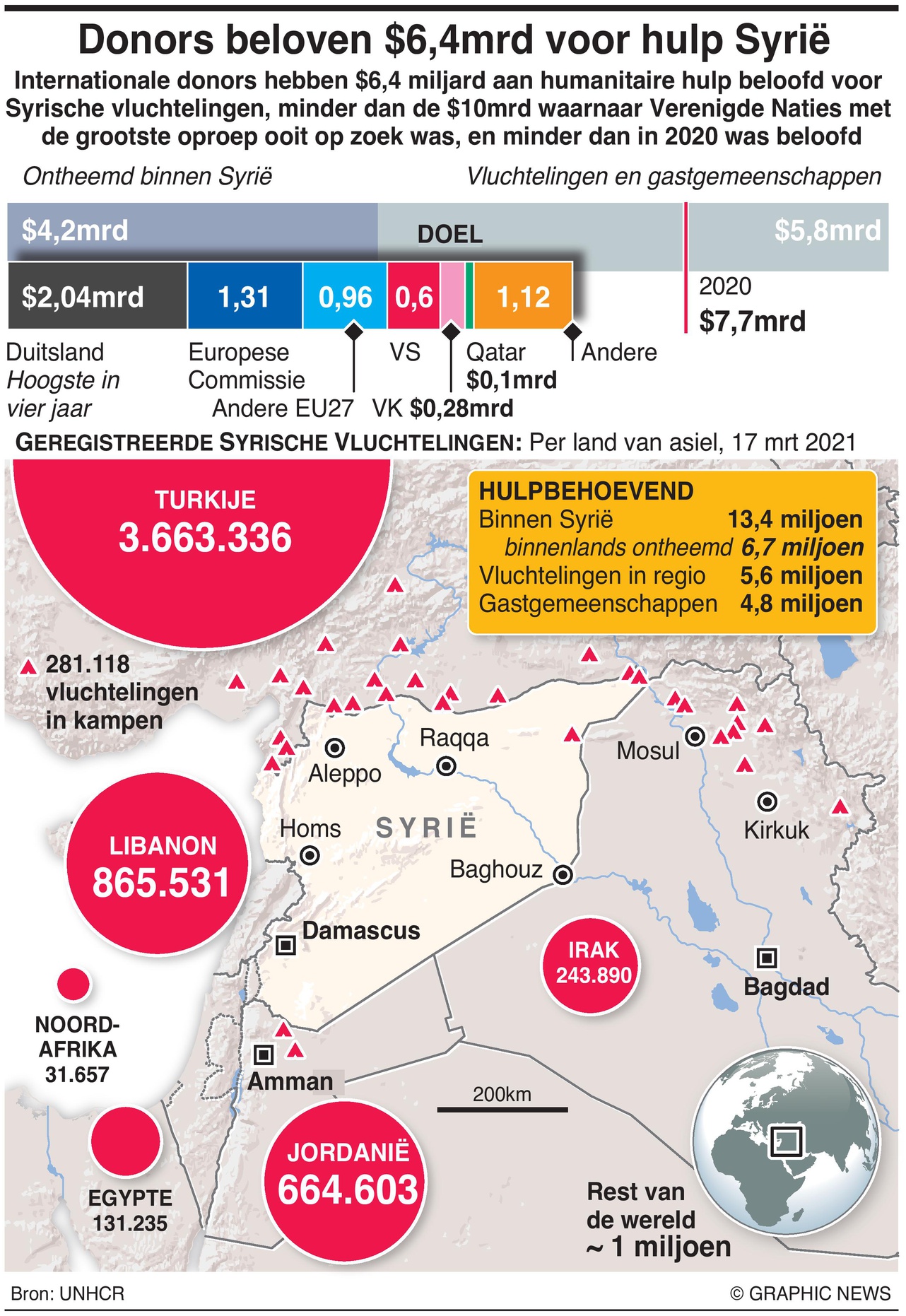 March 31, 2021 – International donors have pledged $6.4 billion in humanitarian aid for Syrian refugees, short of the $10bn that the United Nations was seeking
in its biggest-ever appeal, and less than the $7.7bn pledged in 2020.

Aid groups were seeking $4.2 billion to help internally displaced in Syria, and another $5.8 billion was requested for around six million Syrian refugees who fled their homeland, mainly to find refuge in neighbouring countries.

In total, around 24 million Syrian refugees and people in their host communities are now in need of aid, up by four million since last year.