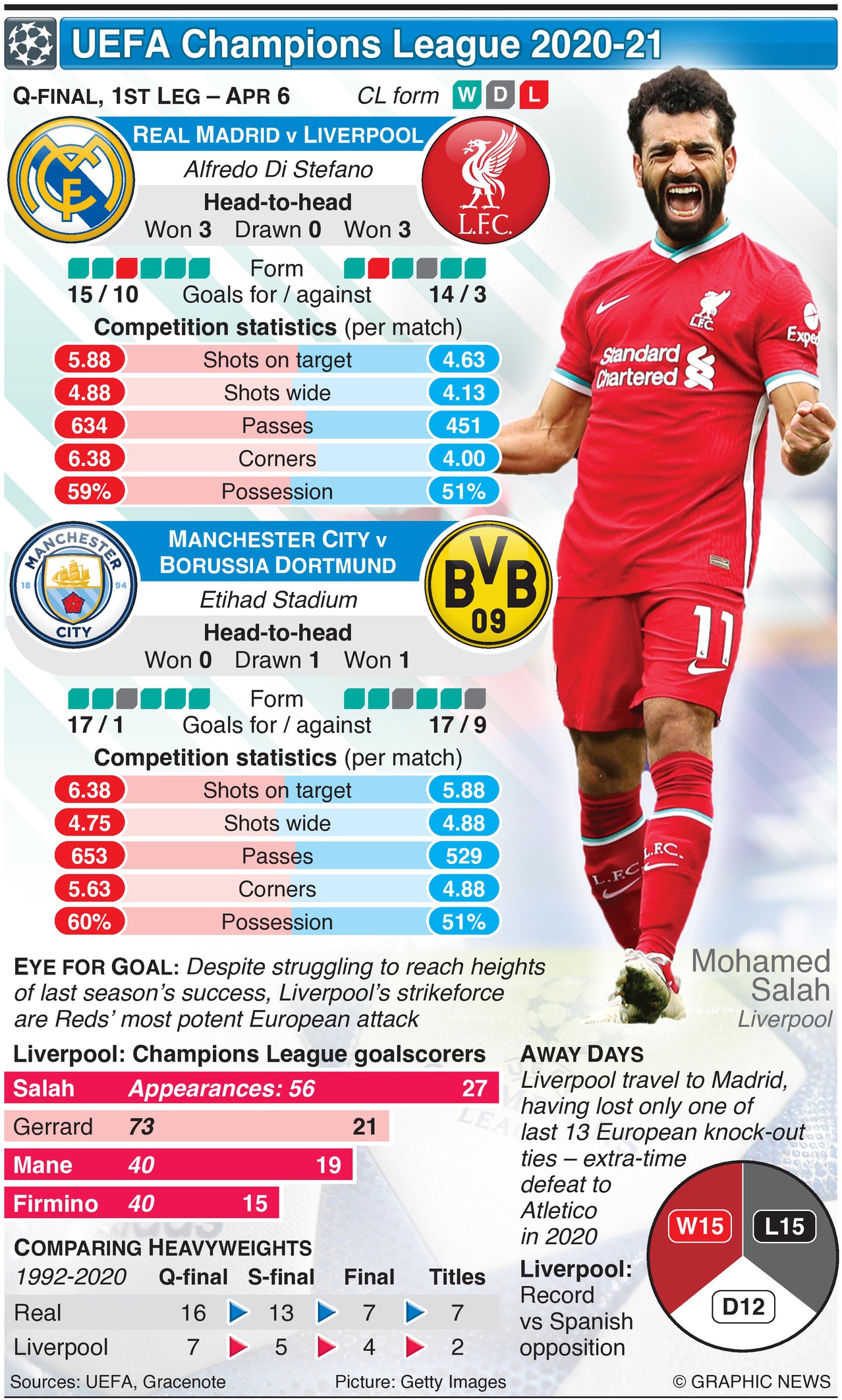 April 6, 2021 – Champions League Quarter-final first leg matches, including match-ups between Real Madrid and Liverpool at the Estadio Alfredo Di Stefano, and Manchester City against Borussia Dortmund at the City of Manchester Stadium. The second leg for these matches takes place on April 14.