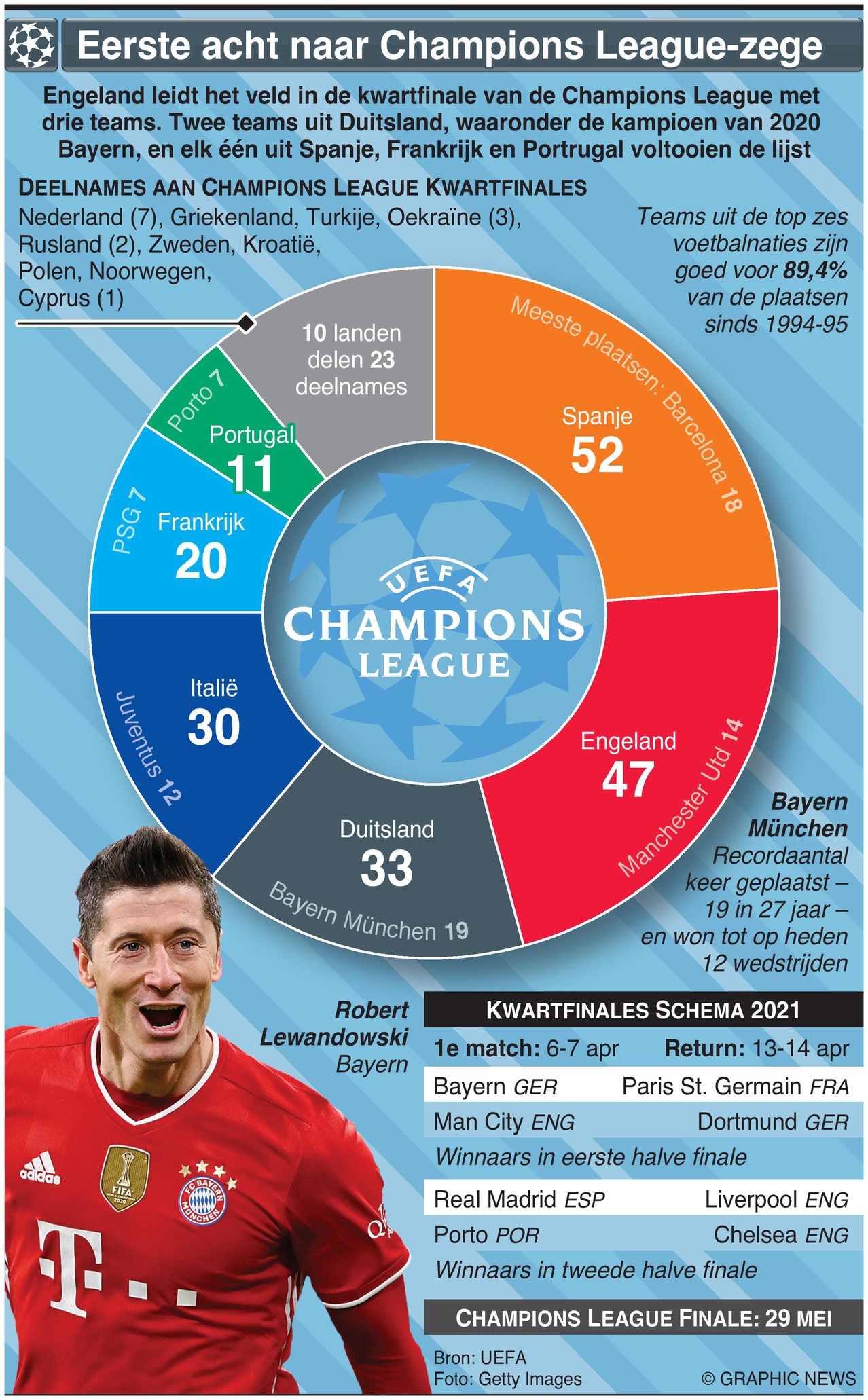 April 6, 2021 – April 14, 2021 – The quarter-finals in the UEFA Champions League takes place across Europe, as the knockout stages continue. England lead the Champions League quarter-final field with three teams, while two teams from Germany, including 2020 champions Bayern, and one each from Spain, France and Portugal complete the line-up.