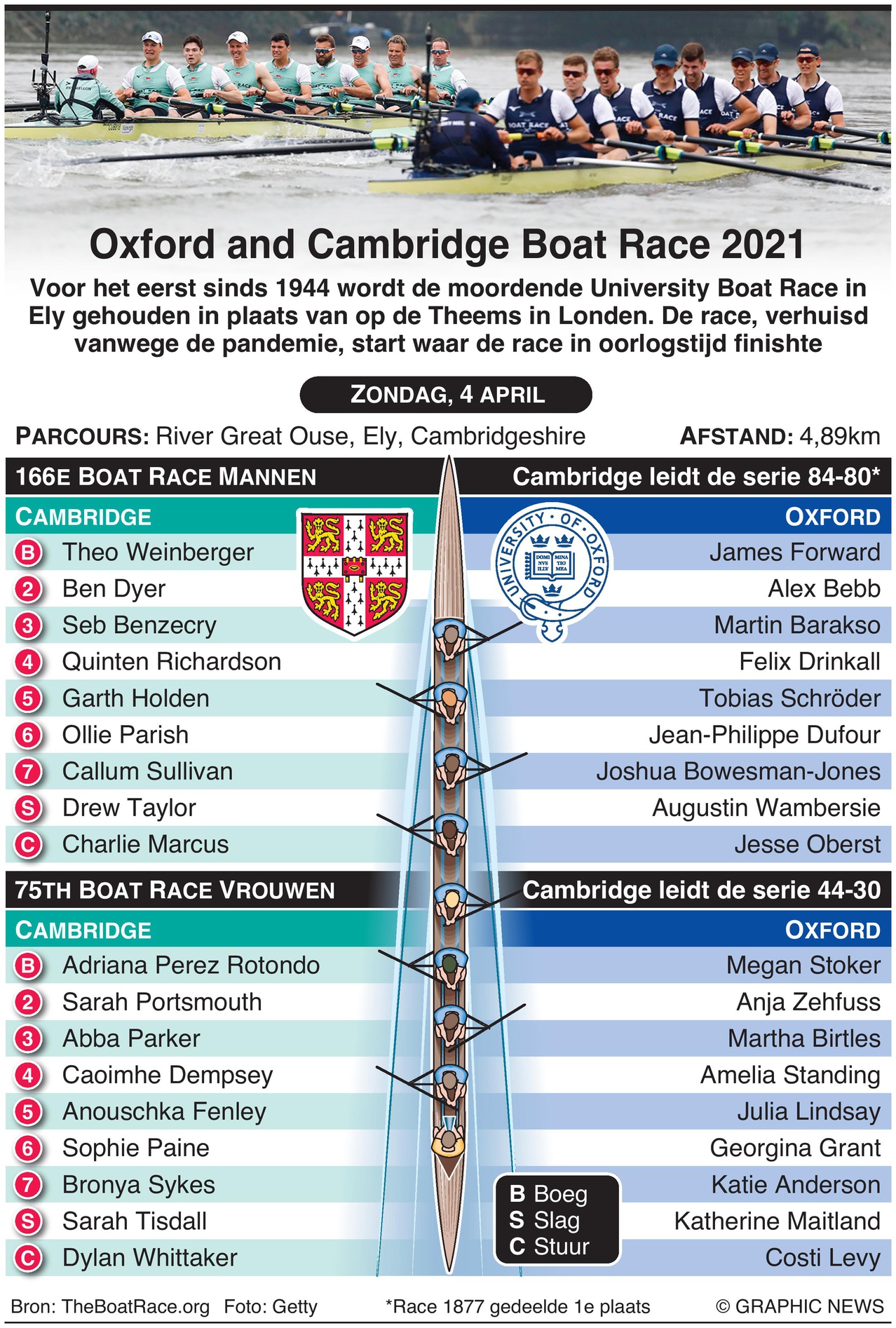 April 4, 2021 – The Oxford and Cambridge Boat Race returns for the 166th men’s event. For the first time since 1944, the gruelling University Boat Race will be held in Ely rather than on the River Thames in London — moved due to the pandemic, the contest will begin where the wartime race finished.

In the men’s race, Cambridge won the 2019 race by just one length, and lead the overall series with 84 victories to Oxford’s 80.

While in the women’s race, Cambridge are aiming for a fourth successive triumph, and lead the overall series with 44 victories to Oxford’s 30.

April 21, 2021 – Queen Elizabeth II marks her 95th birthday on April 21, but the official celebratory military parade, known as Trooping the Colour, is always held in June. The two-month delay is intended to allow for Britain’s notoriously fickle April weather.