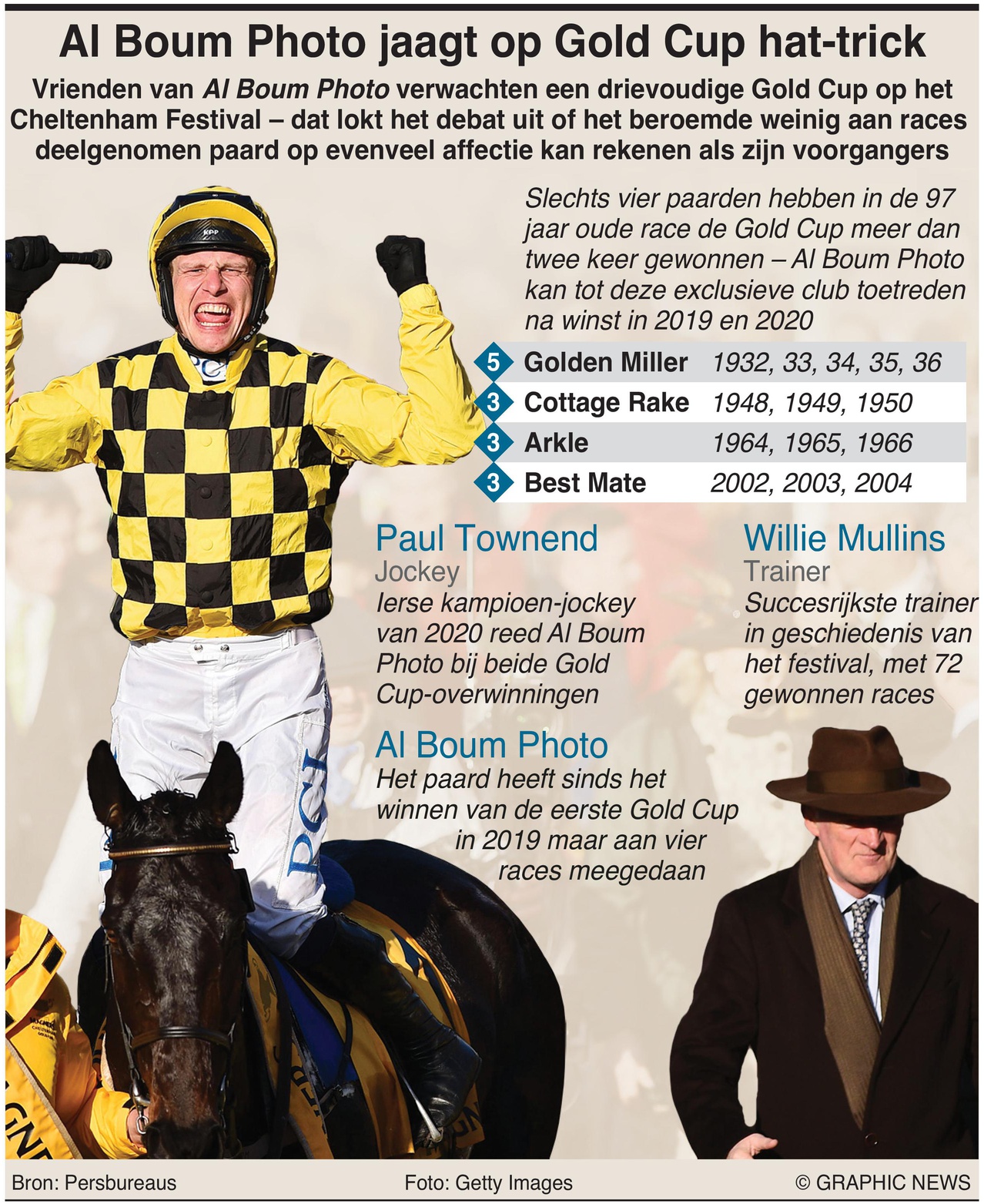 March 16, 2021 – March 19, 2021 – The four-day Cheltenham Festival, one of the most prestigious events in the world horse racing calendar, is held in Gloucestershire, England, with the climax of the week being the WellChild Cheltenham Gold Cup on the final day.

Connections of Al Boum Photo, ridden by Irish Champion Jockey Paul Townend, are targeting a Gold Cup treble at the Festival — triggering debate on whether the famously little-raced horse can capture the affection afforded to his predecessors.

Trainer Willie Mullins is hopeful that victory in Friday’s feature race will further add to his 72 wins at the Festival, where he is already the most successful trainer in its history.