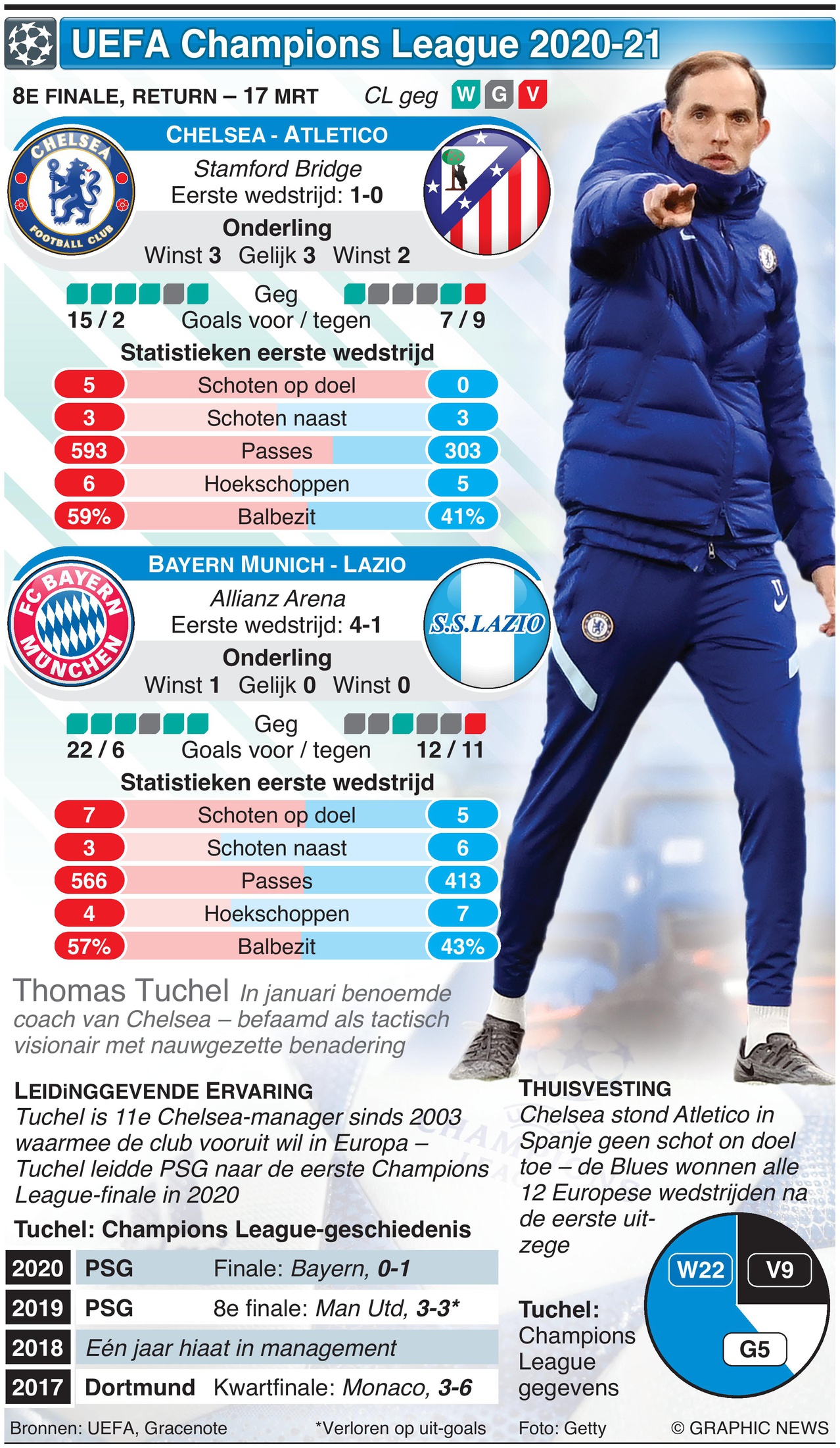 March 17, 2021 – UEFA Champions League Round of 16 second leg matches, including match-ups between Bayern Munich and Lazio at the Allianz Arena, and Chelsea against Atletico Madrid at Stamford Bridge. The draw for the quarter-finals of the UEFA Champions League takes place in Nyon, Switzerland, on March 19.