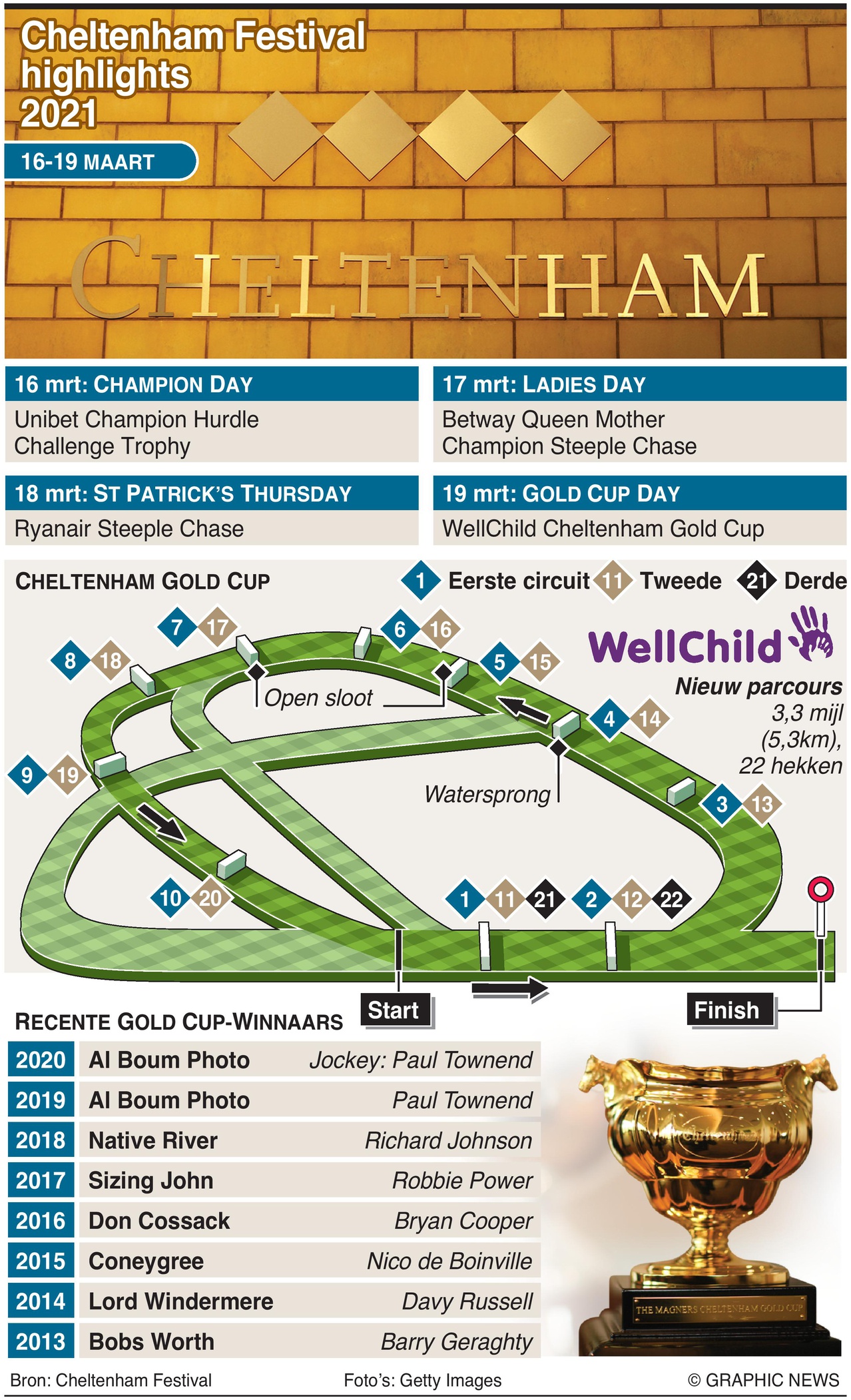 March 16, 2021 – March 19, 2021 – The Cheltenham Festival, one of the most prestigious events in the world horse racing calendar, is held in Gloucestershire, England. The four-day festival features many of the best British and Irish trained horses.

The climax of the week is the WellChild Cheltenham Gold Cup on Friday, as Connections of Al Boum Photo, ridden by Irish Champion Jockey Paul Townend, are targeting a Gold Cup treble at the Festival.

In 2019, the owner of the Gold Cup-winning horse was presented with the original 1924 trophy, after Cheltenham Racecourse regained ownership after decades of being held in private ownership.