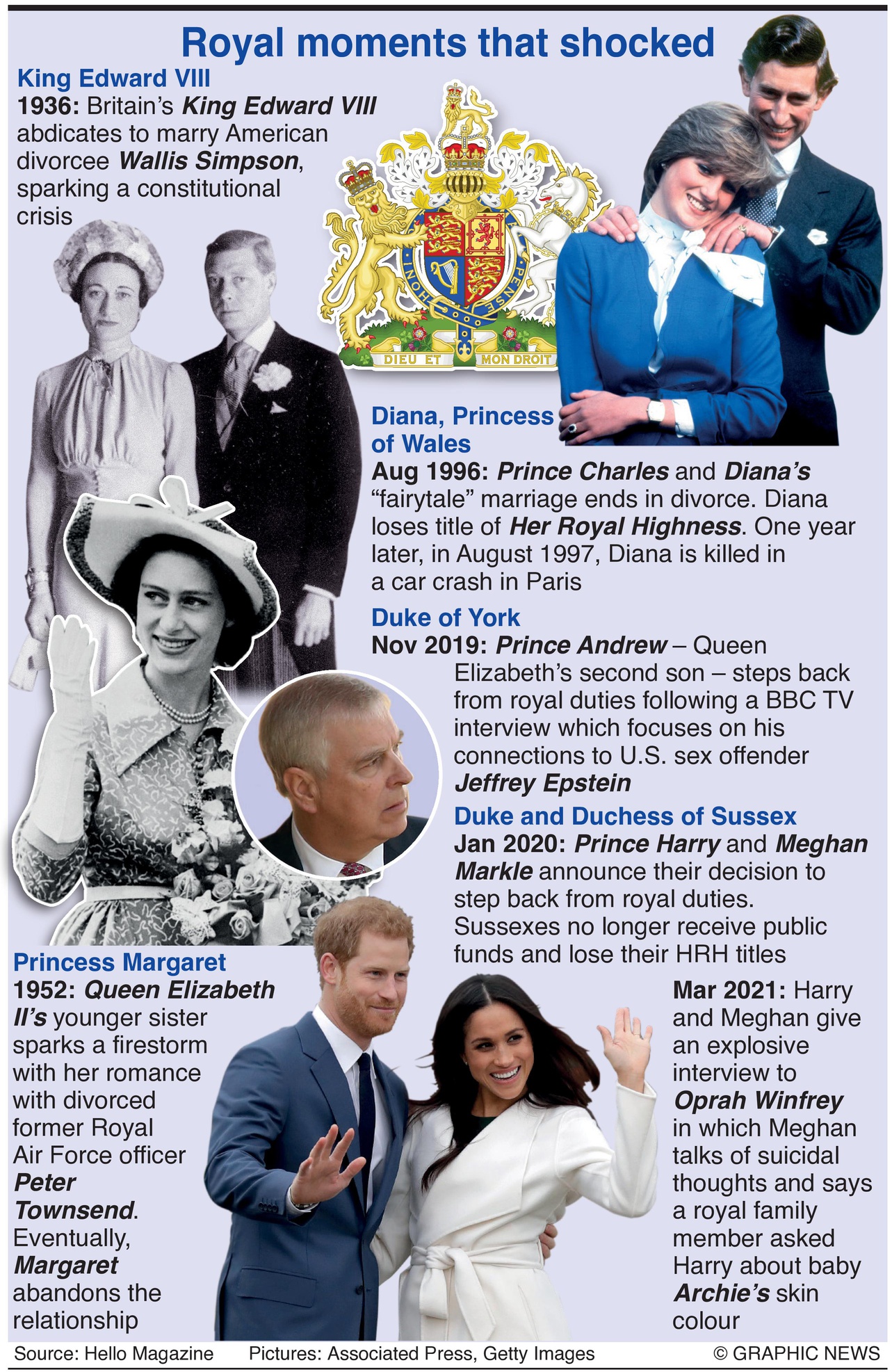 March 9, 2021 – The British royals are some of the world’s most well-known figures, but they haven’t been exempt from the odd scandal. From Edward VIII’s abdication in 1936 to the current crisis over Harry and Meghan’s interview with Oprah Winfrey, there have been royal moments that have shocked.

Diana, Princess of Wales
Aug 1996: Prince Charles and Diana’s “fairytale” marriage ends in divorce. Diana loses title of Her Royal Highness. One year later, in August 1997, Diana is killed in a car crash in Paris.

Duke and Duchess of Sussex
Jan 2020: Prince Harry and Meghan Markle announce their decision to step back from royal duties. Sussexes no longer receive public funds and lose their HRH titles.