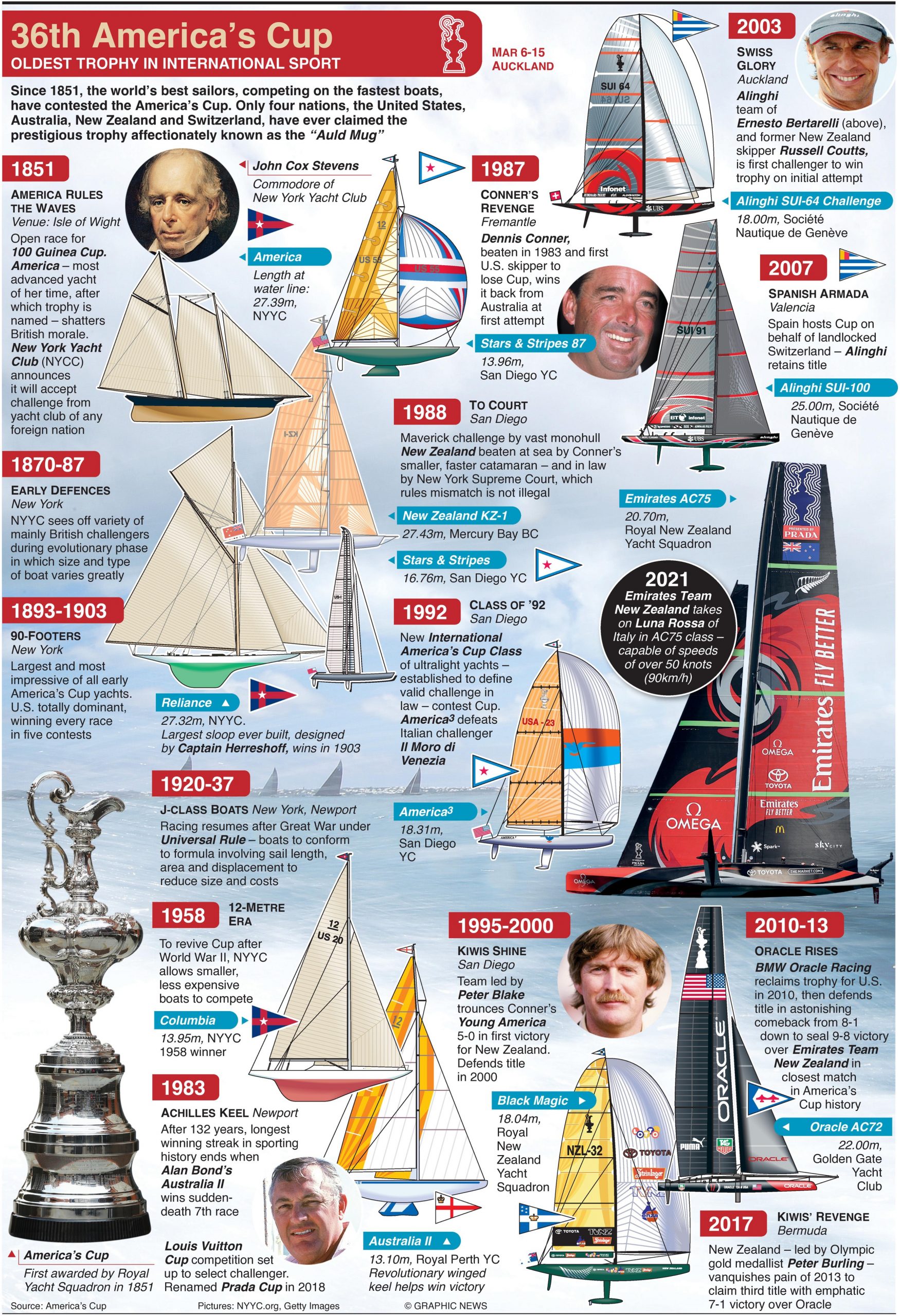 Since the first race in 1851, only four nations, the United States, Australia, New Zealand and Switzerland, have ever claimed the prestigious trophy affectionately known as the “Auld Mug”.

The America’s Cup is a sailing competition between two high-performance yachts – one, known as the Defender, represents the yacht club that currently holds the America’s Cup and the second, known as the Challenger, represents the yacht club that is challenging for the cup. The challenger is selected from a series of prior matches.

Although established by a Deed of Gift as a perpetual challenge cup for friendly competition between foreign nations, the deed has been modified over the years to allow the specification of the yachts for each race to pioneer high-performance technology.

The trophy is an ornate sterling silver bottomless ewer crafted in 1848 by prestigious London jewellers Garrard & Co. It was bought by Henry William Paget, 1st Marquess of Anglesey, who donated it to the Royal Yacht Squadron for their Annual Regatta around the Isle of Wight in 1851. It was named the America’s Cup after the yacht “America” that won the race that year.