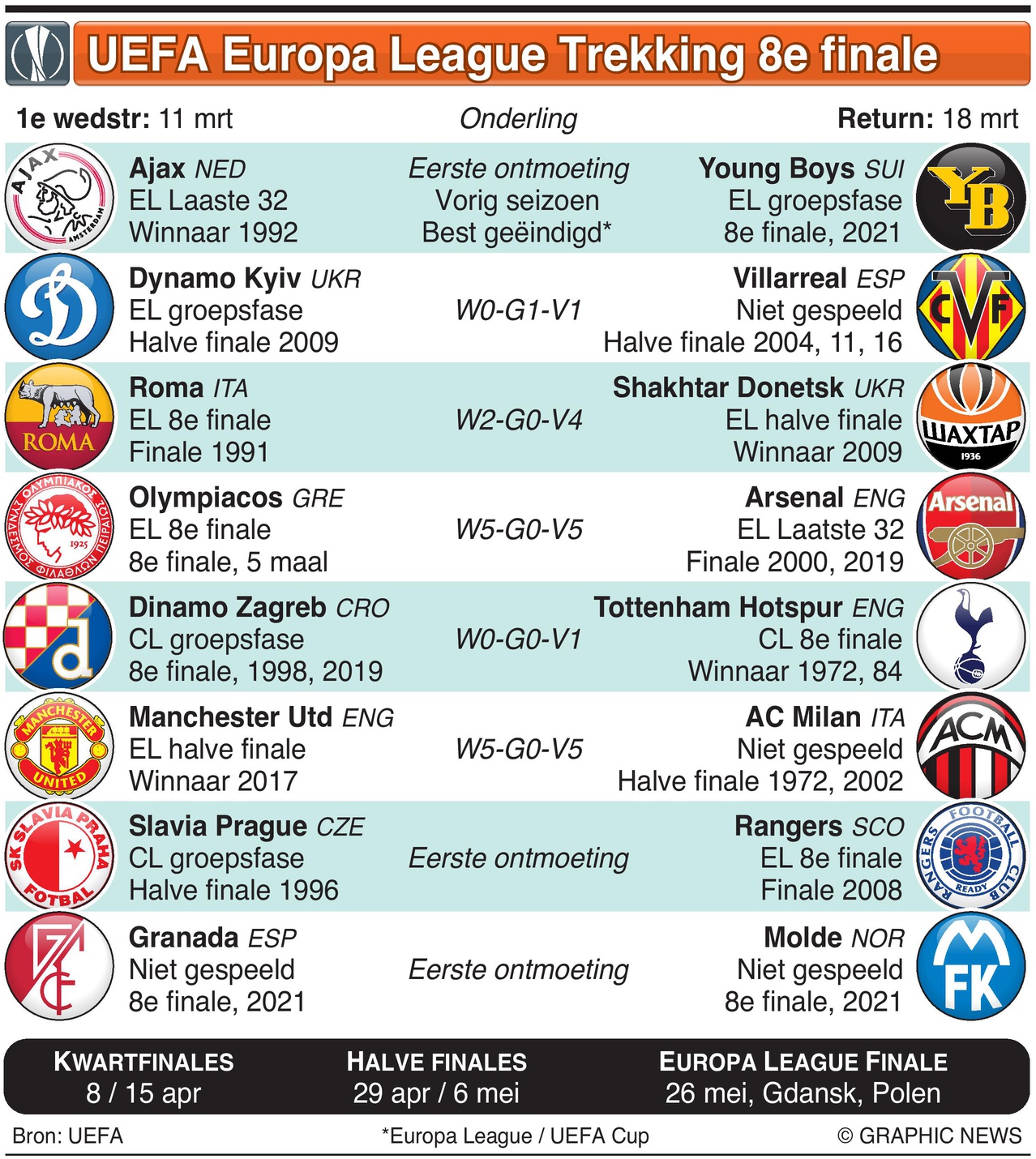 February 26, 2021 – The draw for the Last 16 in the Europa League pits 2017 champions Manchester United against Italian heavyweights AC Milan, and Olympiacos against Arsenal, in a repeat of their Last 32 clash in 2020. Other notable ties of the round include Roma versus Shakhtar Donetsk, Villarreal taking on Dynamo Kyiv, and knock-out stage debutants Granada and Molde facing-off for a berth in the quarter-finals. The matches begin on March 11.