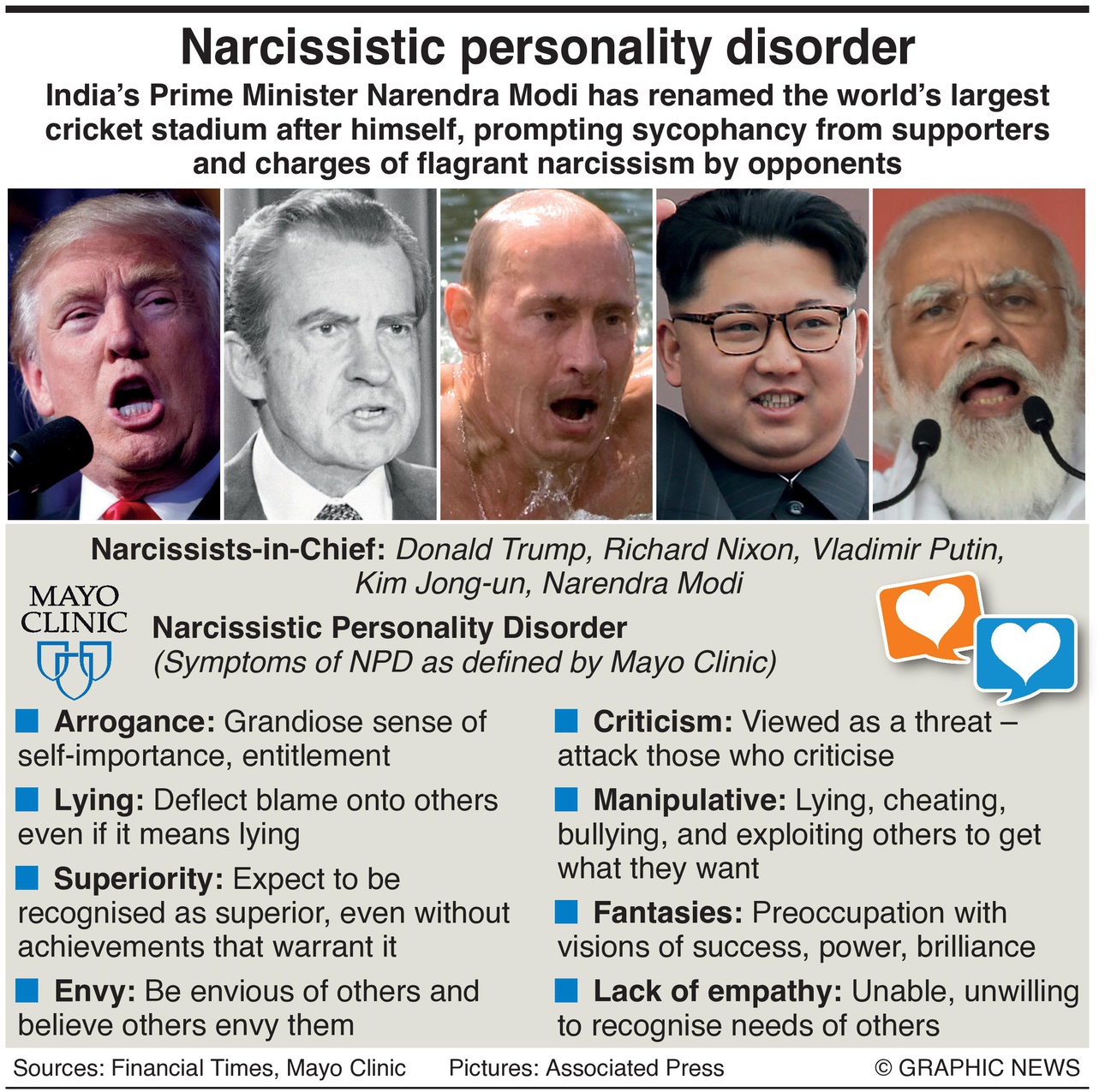 February 25, 2021 – India’s Prime Minister Narendra Modi has renamed the world’s largest cricket stadium after himself, prompting sycophancy from supporters and charges of flagrant narcissism by opponents.

In New Delhi in 2018, political commentator Ramachandra Guha called Modi “a study in self-love.” Comparing Prime Minister Modi to Atal Bihari Vajpayee — the previous BJP premier — Guha pointed to a crucial difference. “Vajpayee ran a more collegial cabinet, consulted his colleagues, he had to, partly also because he was in a coalition.”

“To get to the top of any profession, you have to have some strong self-belief,” but the real difference between Modi and Vajpayee “is that for successes, real or imagined, he is not willing to share the credit with anyone else. Not even with Lord Rama,” Guha added.

Arun Shourie, another commentator, described Modi as a “dark triad,” with a combination of insecurity, Machiavellianism and sociopathy. Shourie also described Modi as a narcissist who needs to keep looking at the pool to reassure himself that he is beautiful.”

However, Modi’s impressive renovation of the stadium in Ahmedabad means it is the world’s largest, surpassing the Melbourne Cricket Ground, which has a capacity of 90,000.