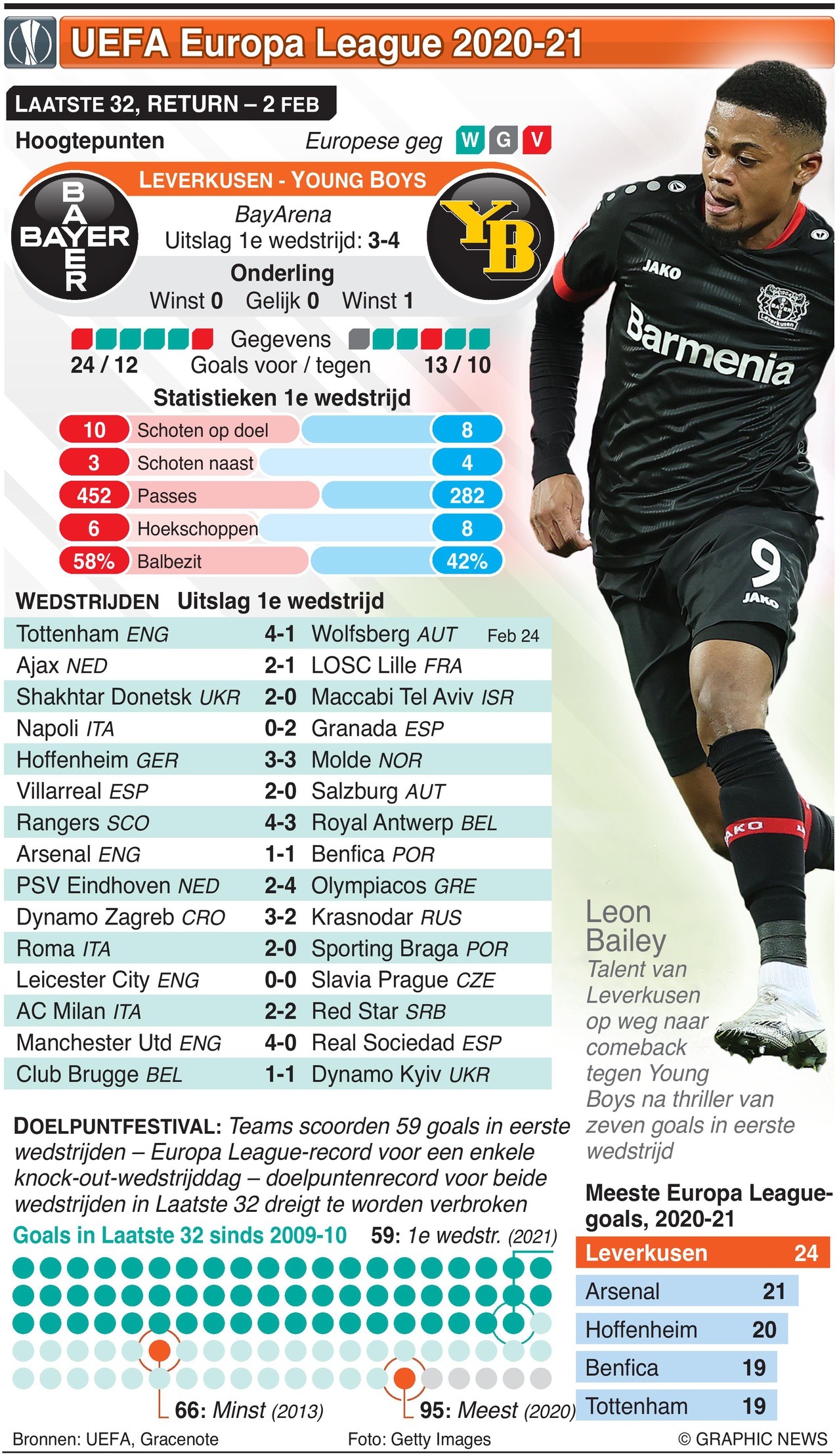 February 25, 2021 – UEFA Europa League Round of 32 second leg matches take place after a record 59 goals were scored in a pulsating night of first leg action. Contests include Bayer Leverkusen taking on Young Boys of Switzerland, Benfica facing a heavyweight clash with Arsenal, and PSV Eindhoven hosting Olympiacos. The draw for the Last 16 takes place in Nyon, Switzerland, on February 26.