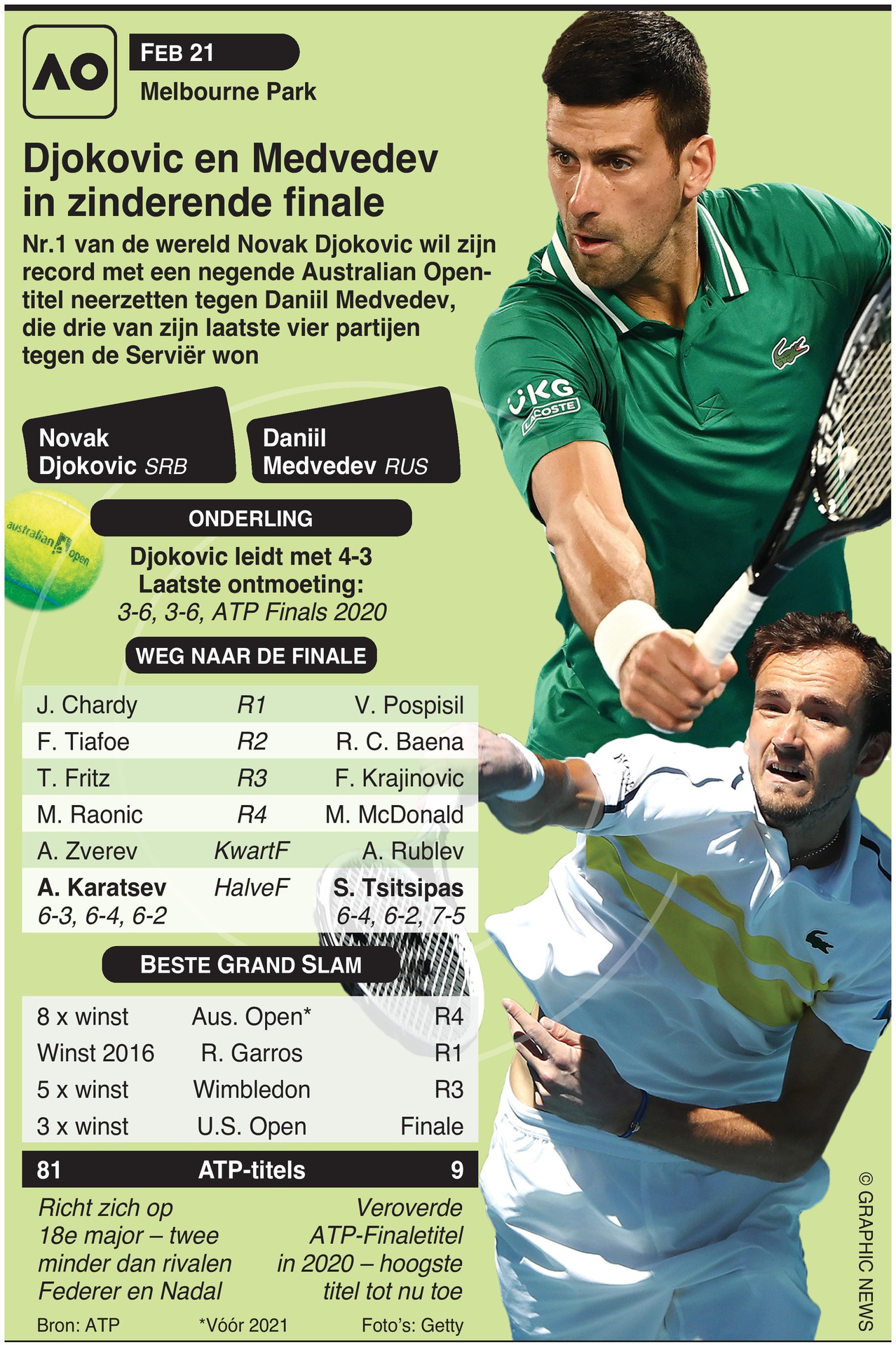 February 21, 2021 – Serbian World No.1 Novak Djokovic and Daniil Medvedev from Russia contest the men’s singles final at the Australian Open in Melbourne.

World No.1 Novak Djokovic bids for a record-extending ninth Australian Open title against Daniil Medvedev. The Serb will be appearing in his 28th Grand Slam final overall, and another trophy in Melbourne would place him just two major titles behind the 20 Grand Slams won by perennial rivals Roger Federer and Rafael Nadal.

In contrast, No.4 seed Daniil Medvedev is appearing in his second major final, after U.S. Open defeat to Nadal in 2019. Medvedev is just one rising star threatening the superiority of the established “Big Three”, after victory in the 2020 ATP Finals.

The pair have met seven times before, with Djokovic holding a 4-3 advantage, despite Medvedev securing wins in three of his last four meetings with the Serb.