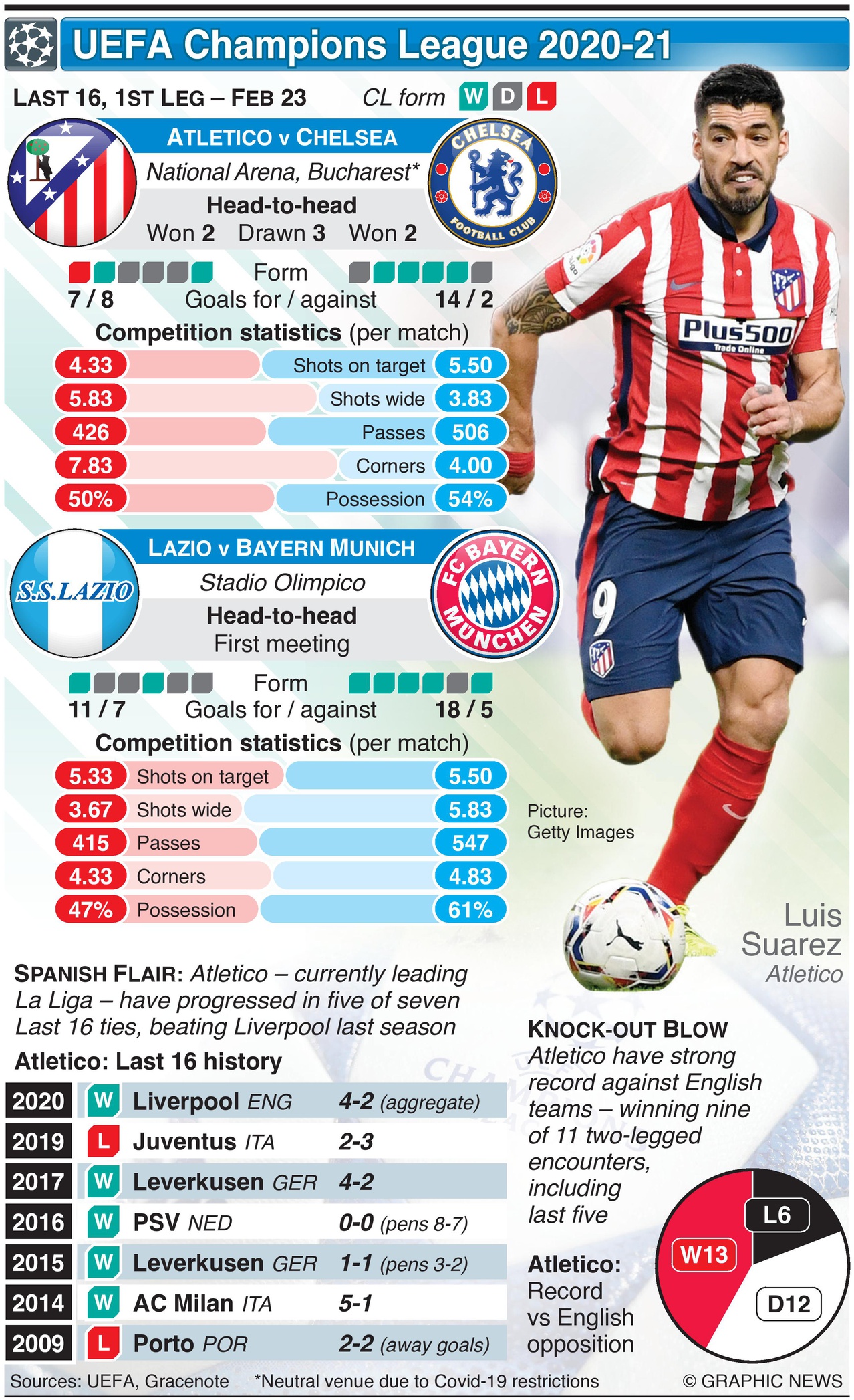 February 23, 2021 – UEFA Champions League Round of 16 first leg matches, including match-ups between Lazio and Bayern Munich at the Stadio Olimpico, and Atletico Madrid against Chelsea at the National Stadium, Bucharest. The second leg for these matches takes place on March 17.