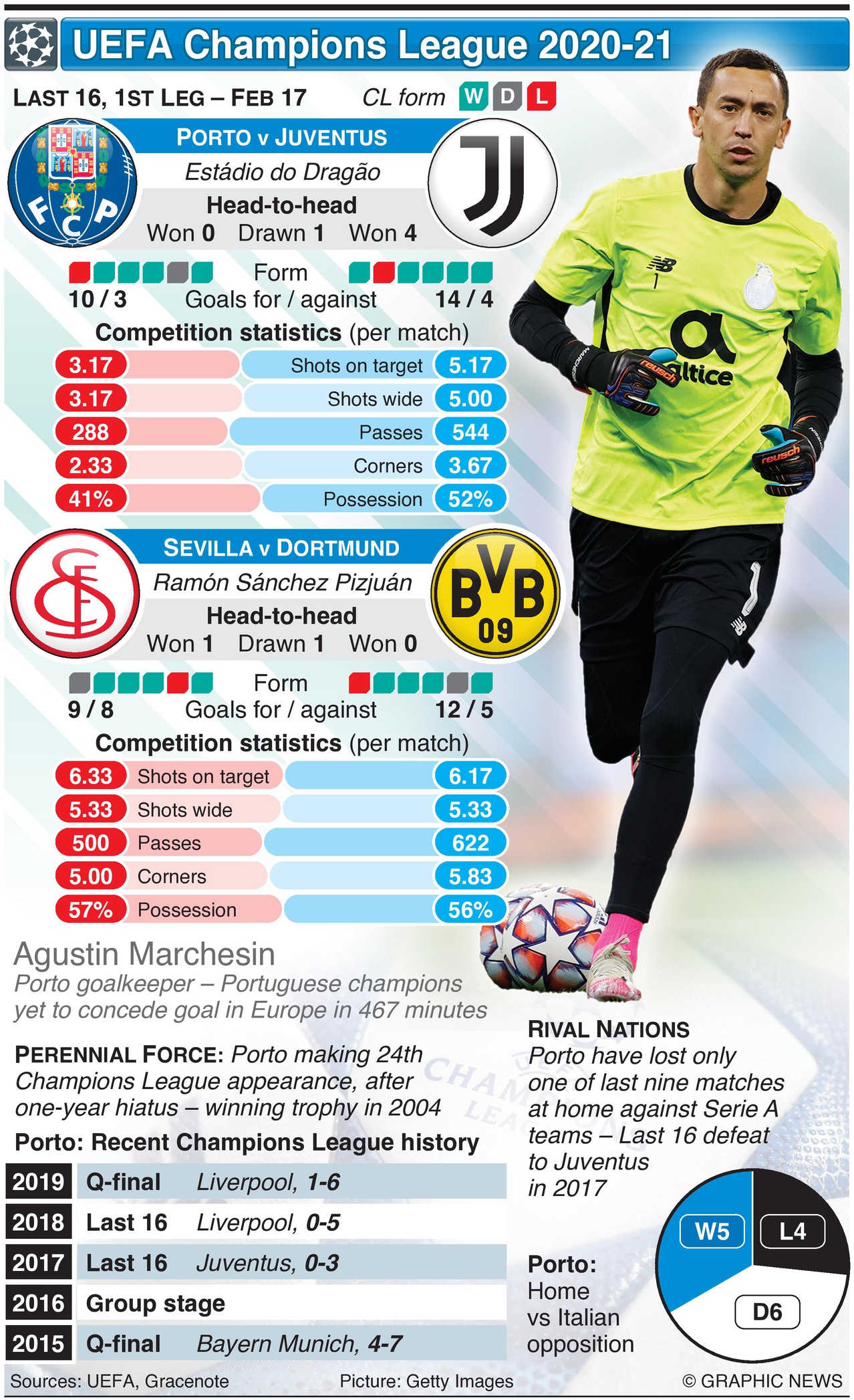 February 17, 2021 – Champions League Round of 16 first leg matches, including match-ups between Porto and Juventus at the Estadio do Dragao, and Sevilla against Borussia Dortmund at the Estadio Ramon Sanchez-Pizjuan. The second leg for these matches takes place on March 9.