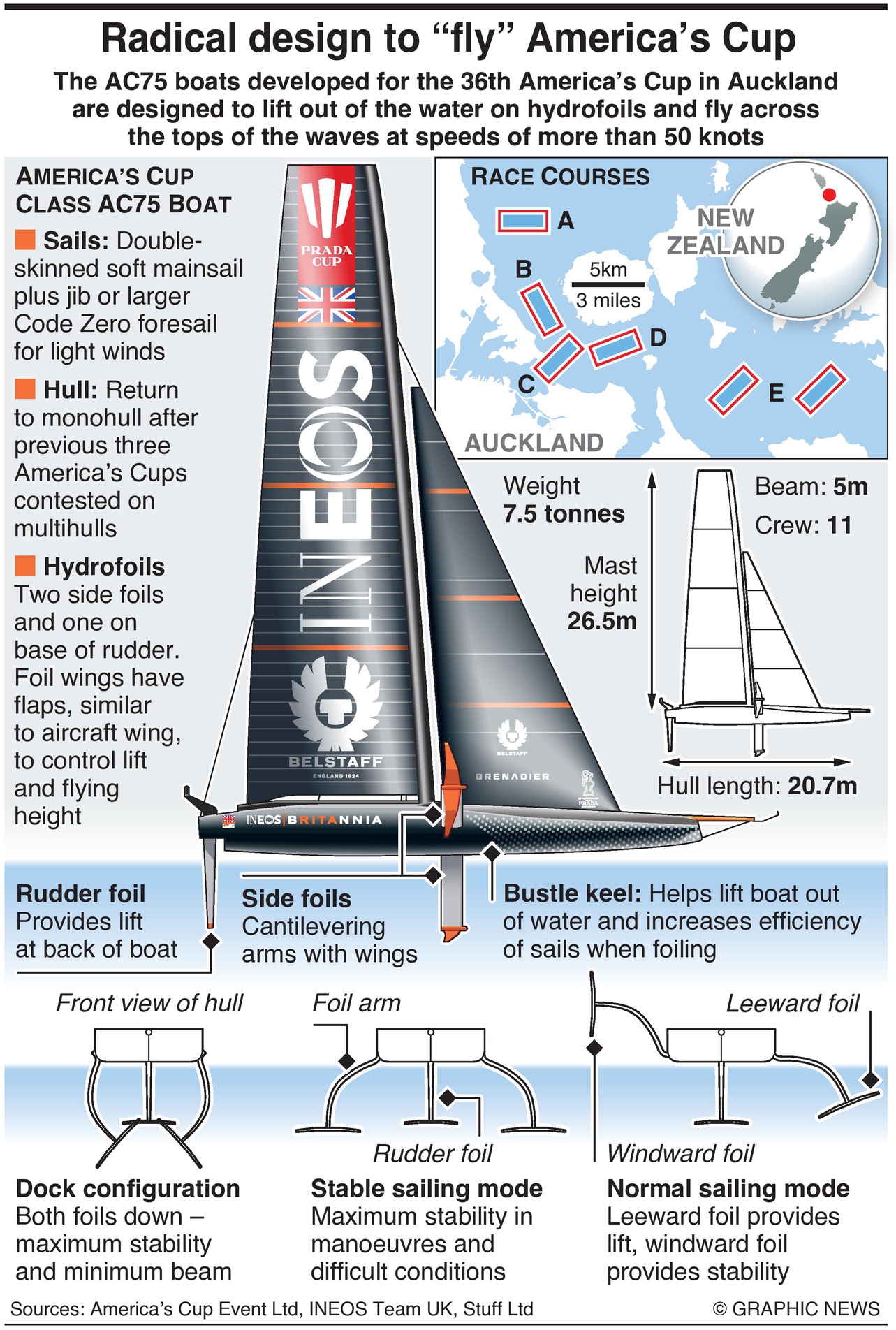 The AC75 class of boat that will contest next month’s America’s Cup could be the fastest ever seen. The 75ft monohull design rises up on hydrofoils and flies across the tops of the waves at speeds of more than 50 knots (90km/h).

The boat lacks the traditional centred keel, but instead has retractable foils on either side which provide stability as well as lifting force.

For normal sailing, the leeward foil (on the side sheltered from the wind) is engaged with the water whilst the windward foil is retracted. When sufficient speed is reached, the leeward foil acts in combination with a third foil on the rudder to lift the hull clear of the water.