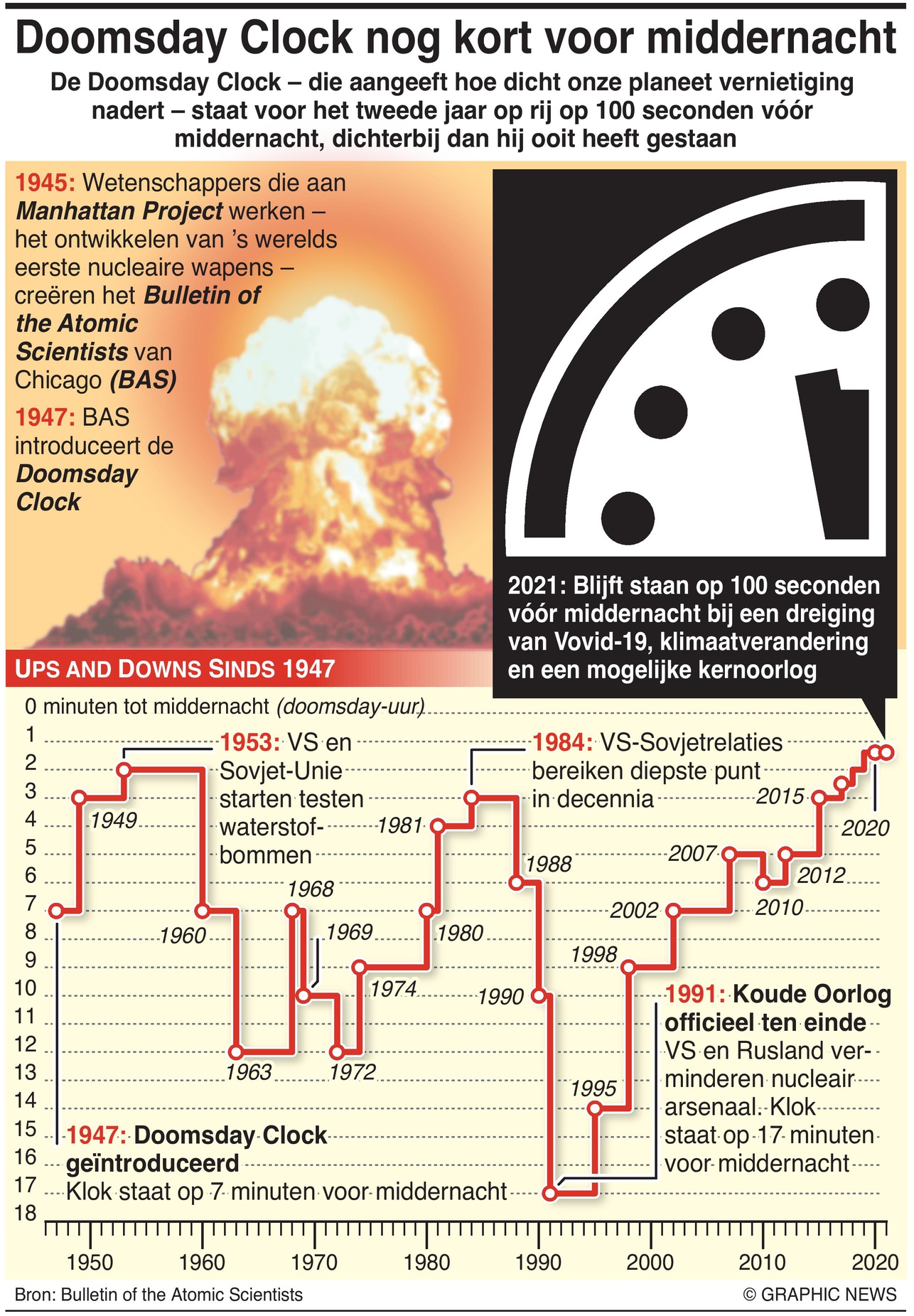 January 28, 2021 – The Doomsday Clock – which indicates how near our planet is to annihilation – stands at 100 minutes to midnight for the second year running, the closest it has ever been

The Covid-19 pandemic, climate change and a potential nuclear war have all contributed to the pessimistic outlook from experts from the Bulletin of the Atomic Scientists, which is responsible for the clock.

They also point out the dangers of the “threat multiplier” of “false and misleading information disseminated over the internet”.

The statement did not mention Donald Trump by name, but pointed to the January 6 storming of the U.S. Capitol, which was incited by the former president, saying it renewed “legitimate concerns about national leaders who have sole control of the use of nuclear weapons”.

The idea began in 1945, when scientists working on the Manhattan Project – developing the world’s first nuclear weapons – created the Bulletin of the Atomic Scientists of Chicago (BAS) to warn humanity of the dangers of nuclear war. Two years later, BAS launched its Doomsday Clock.