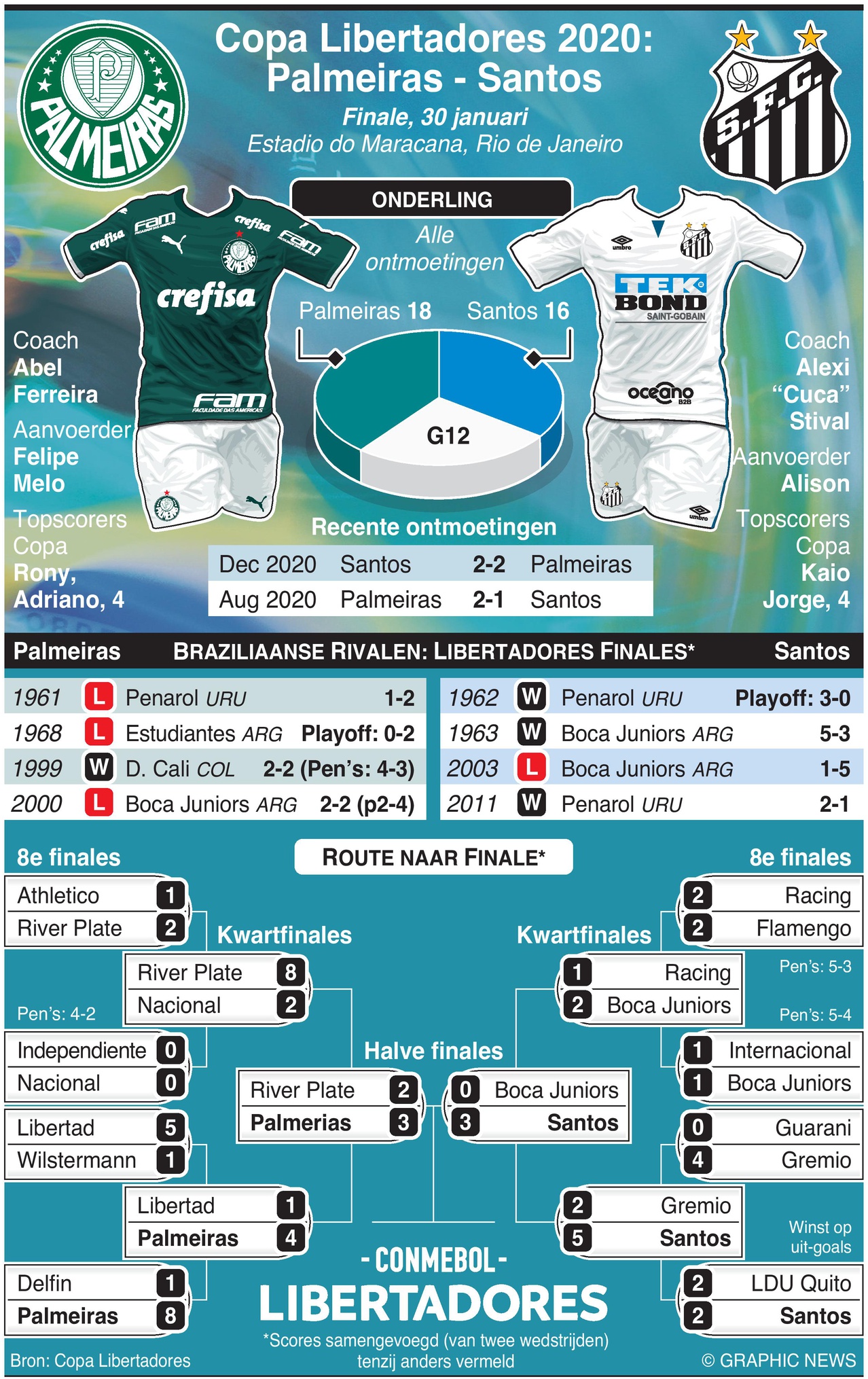 January 30, 2021 – The final of the 2020 Copa Libertadores, South America’s premier club competition, will be played at the Estadio Maracana between Brazilian rivals Palmeiras and Santos.

Palmerias and Santos are both appearing in their fifth Copa Libertadores final. Palmeiras hoisting the trophy once, in 1999, while Santos have tasted glory three times, most recently with victory over Penarol in 2011.

In a new format, established in 2019, Brazil’s iconic Estadio do Maracana in Rio de Janeiro will host the single match final — the fourth time the stadium has hosted the showpiece event.