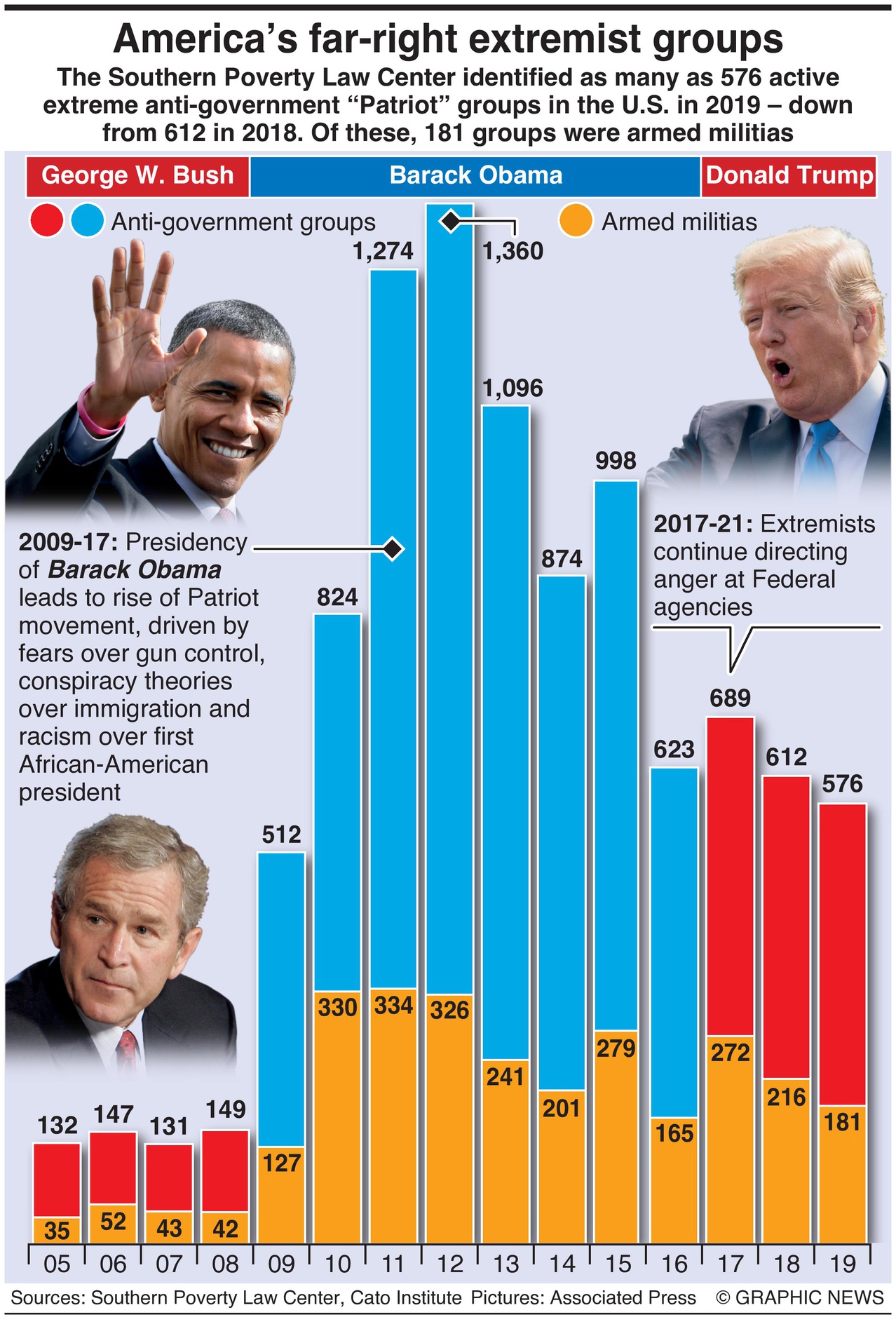 These paramilitary-style groups generally believe a secret cabal of global elites is plotting to ban guns, take away individual freedoms, and install a totalitarian regime known as the “New World Order.” The anti-government movement has cast the United Nations into its global conspiracy, spearheading the New World Order with a worldwide plan called “Agenda 21.”

At June 1992, at the UN Conference on Environment & Development in Rio de Janeiro, President George H.W. Bush and the leaders of 177 other nations signed Agenda 21 — to develop sustainable communities across the globe. Now militia movements have turned it into a conspiracy theory to take away citizens’ property rights.

The anti-government movement had experienced a resurgence, increasing since the election of President Barack Obama in 2008. Active militia groups surged from 42 in the last year of George W. Bush’s presidency to 330 in the second year of the Obama administration — driven by groundless conspiracy theories about gun control measures, immigration and racism over the election of the first African-American president.

Now fueled by President Donald Trump, conspiracy groups such as the far-right Oath Keepers, Three Percenters, Boogaloo Bois and The Proud Boys have finally led the “Patriot” movement to domestic terrorism with the deadly January 6 storming of the U.S. Capitol. “We love you. You’re very special,” Trump said in a video message.