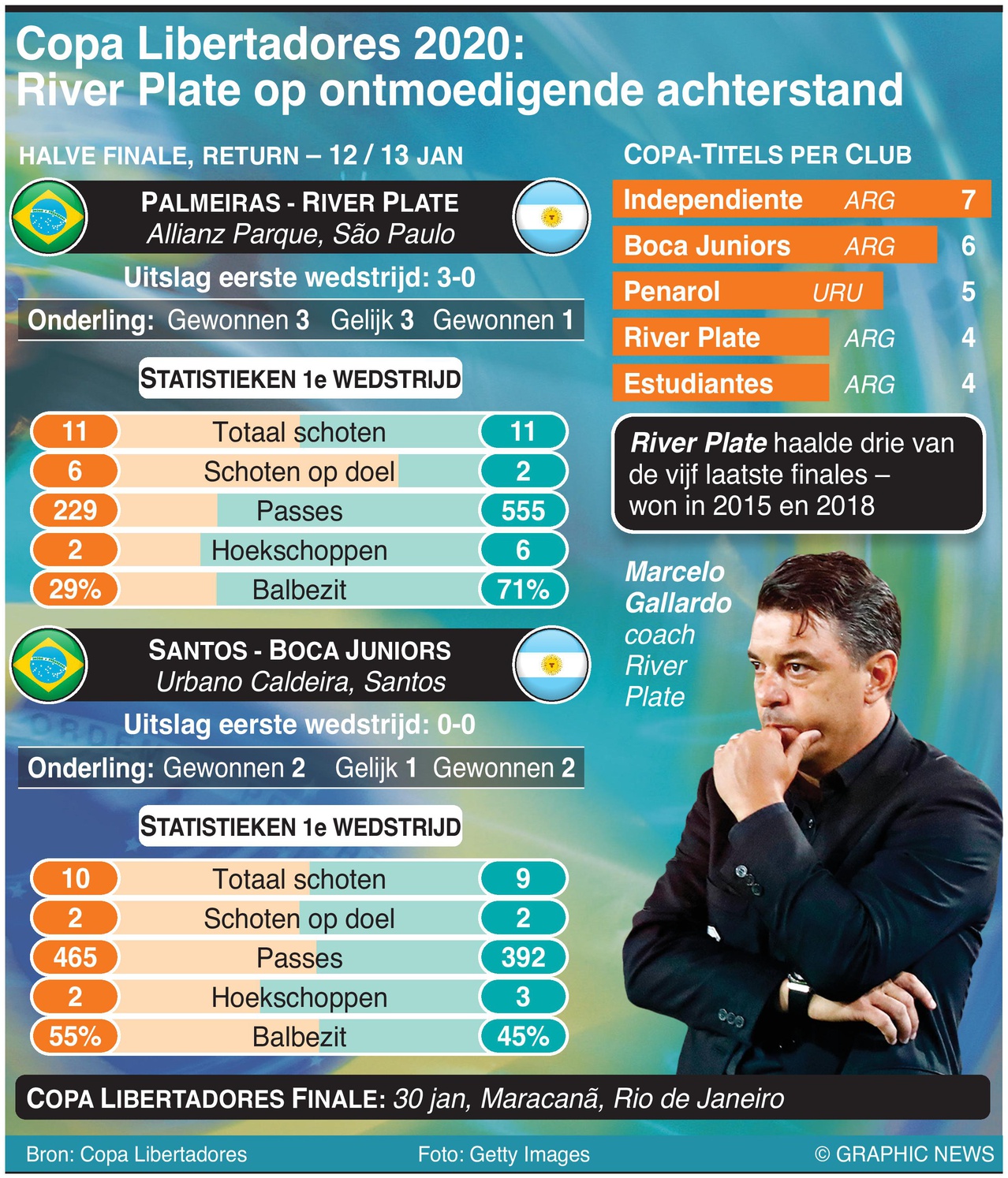 River Plate take on Palmeiras, with the Argentines aiming to overturn a three-goal first leg deficit to have opportunity to hoist a third trophy in five years, while perennial Copa Liberadores favourites Boca Juniors — hunting a seventh title to equal the all-time record held by Independiente — face three-time champions Santos. The pair played out a goalless stalemate in the first leg.

The final will be hosted at Brazil’s iconic Estadio do Maracana in Rio de Janeiro, the fourth time the stadium has hosted the showpiece event.