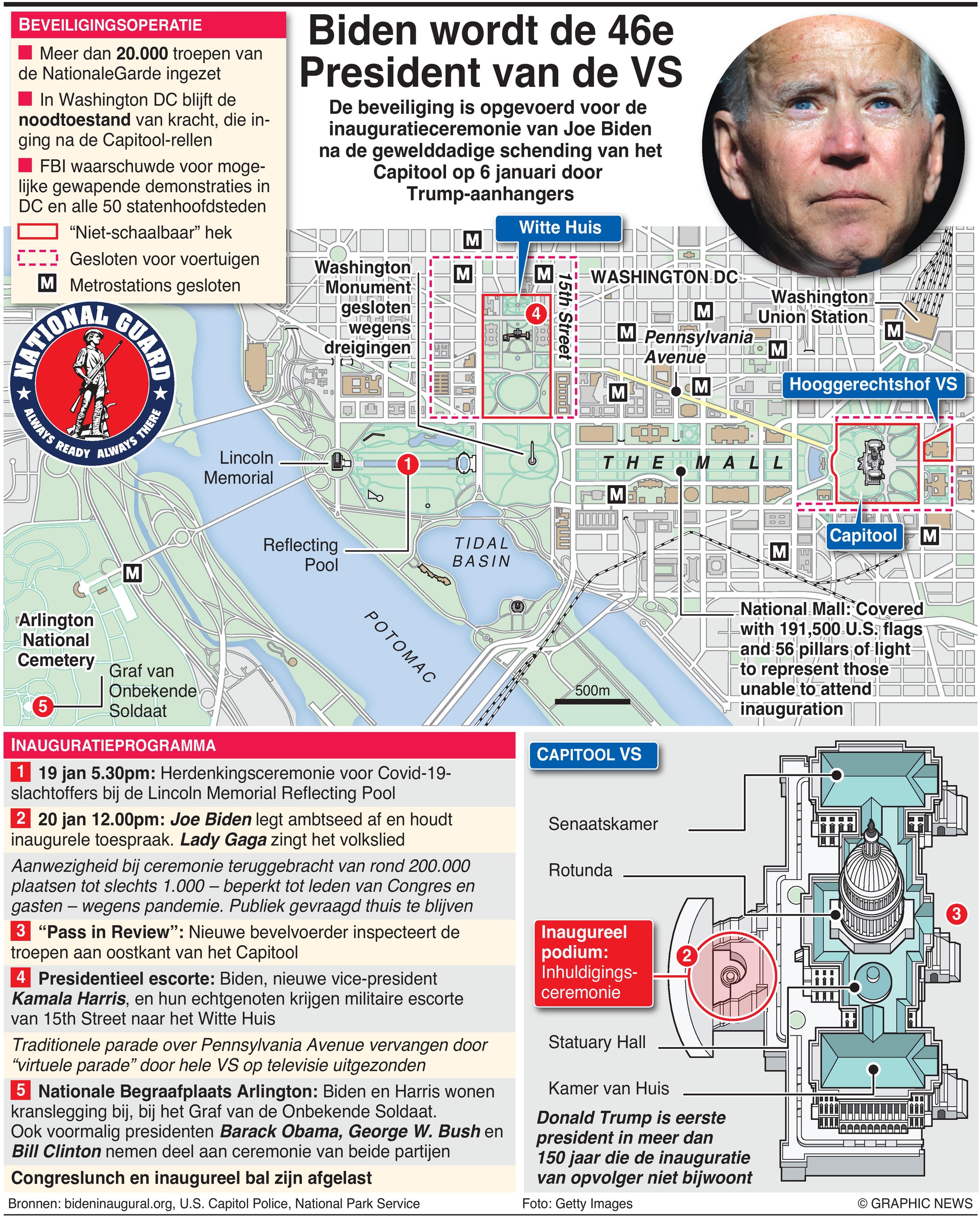 President-elect Joe Biden will be inaugurated at noon on Jan. 20, becoming the 46th president of the United States.

But it won’t be a typical inauguration, for several reasons.

The ongoing coronavirus pandemic and fresh security concerns following a pro-Trump mob breaching the Capitol last week have combined to force some changes to what is a historical American day.

Far fewer people than usual will attend the ceremony.
In the past, up to 200,000 tickets were up for grabs to attend the official ceremony, but this year, with infections still surging across the US, only around 1,000 tickets will be available.

The FBI has warned of armed protests being planned for Washington ahead of the event, a federal law enforcement source said.

More than 10,000 National Guard troops will be in the capital, with about 5,000 more available if requested.