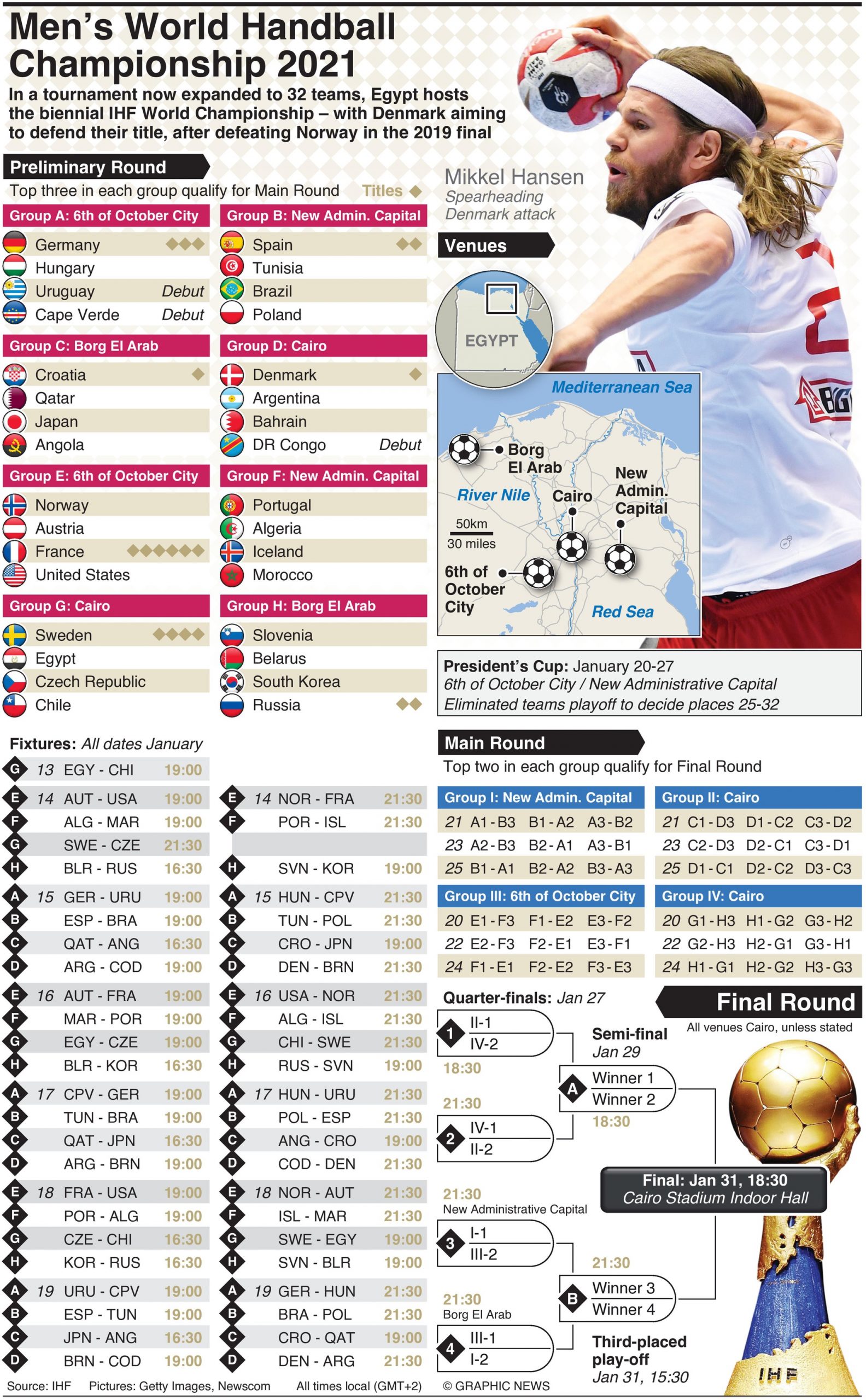 Reigning champions Denmark are aiming to defend their title, after defeating Norway in the 2019 final. European champions Spain are looking to clinch their first title since 2013, while perennial favourites France are targeting a fifth title in seven championships.

The Cairo Stadium Indoor Halls Complex will host the final on January 31.

March 5, 2021 – March 8, 2021 – Pope Francis is set to make a four-day trip to Iraq, marking the first time that a pope has ever visited the country. It will be his first foreign visit since the coronavirus pandemic struck the world. The 84-year-old pontiff, who has been vaccinated against Covid-19, intends […]