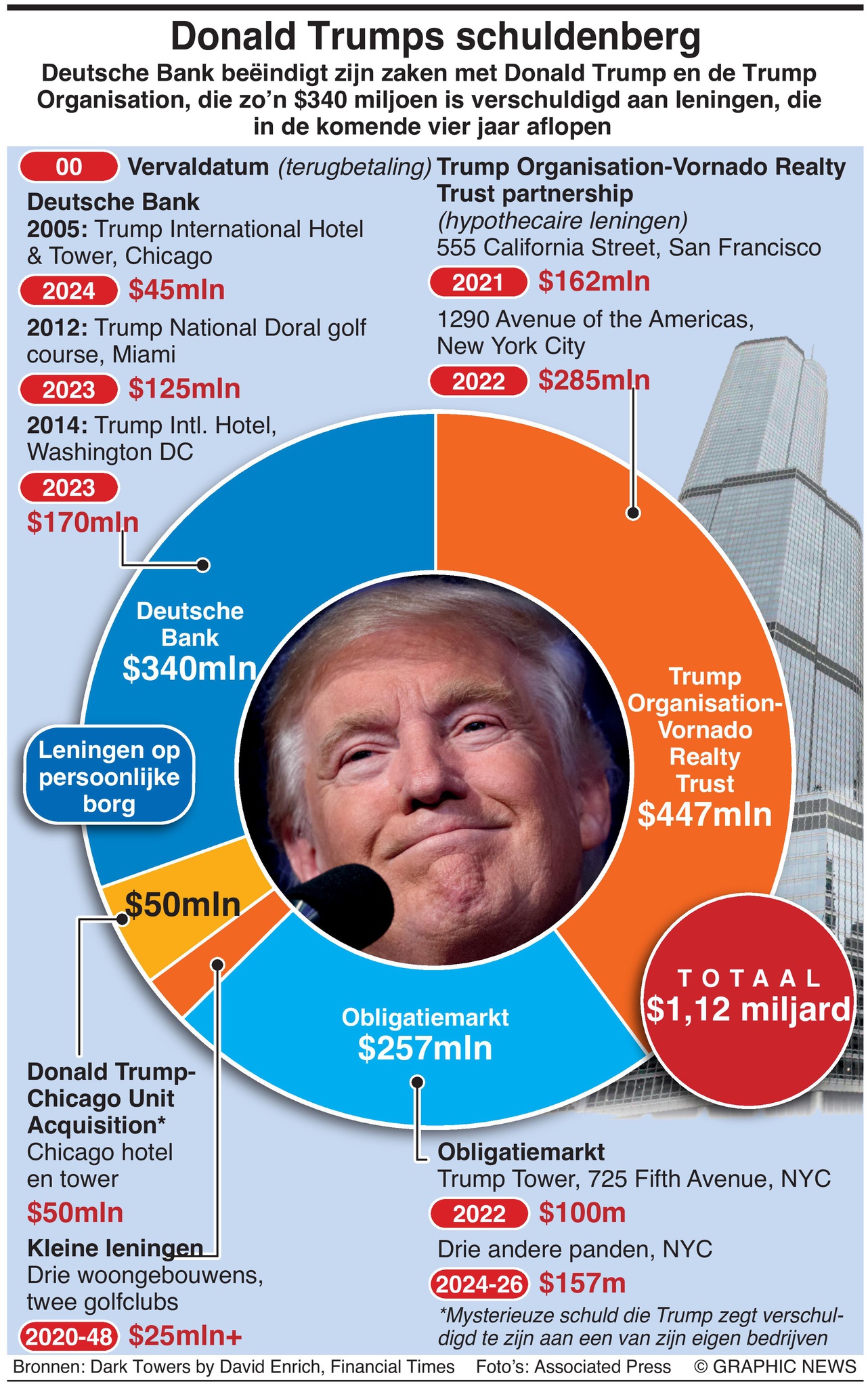 January 15, 2021 – Deutsche Bank ends its business with Donald Trump and the Trump Organization, which owes about $340 million in loans due to mature in the next four years.

Trump’s relationship with the Frankfurt-based bank began in 1998 when its investment-banking division was trying to make a name for itself on Wall Street.

At the time, Trump’s bankruptcies had cost lenders hundreds of millions of dollars. He had become a Wall Street pariah, writes the New York Times’ David Enrich in his book “Dark Towers.”

By February 2005, Trump had approached Deutsche Bank’s commercial real estate unit for another loan to build the Trump International Hotel and Tower, a 92-story skyscraper in Chicago.

Deutsche Bank makes a $640 million loan to one of his limited liability companies (LLCs), with Trump personally guaranteeing $40 million.

By 2008, the outstanding loans are due to be repaid. Trump’s LLC still owes Deutsche Bank about $334 million in principal and interest. Deutsche Bank extends the due date by six months.

In November, at the height of the financial crisis, Trump and his LLC sue Deutsche Bank for $3 billion in damages in a bid to avoid paying the $40 million personal guarantee. Trump cites “force majeure” — claiming that the economic crisis is an act of God. A month later, Deutsche Bank countersues Trump for his $40 million personal guarantees. The real estate unit cuts its ties with Trump.

Lawyers for Trump and Deutsche Bank reach an undisclosed settlement in July 2010 — Trump agrees to repay most of what he owes by 2012, reportedly some $99 million.

Within two years, Trump is back, this time at the bank’s private-banking division. He takes two loans secured by the Chicago property — one for around $54 million, another for $45 million. Trump personally guarantees the loans and repays the outstanding $99 million Chicago loan.

Trump currently has a debt pile of some $1.12 billion, with $340 million of personally guaranteed Deutsche Bank loans that will mature between 2023 and 2024. 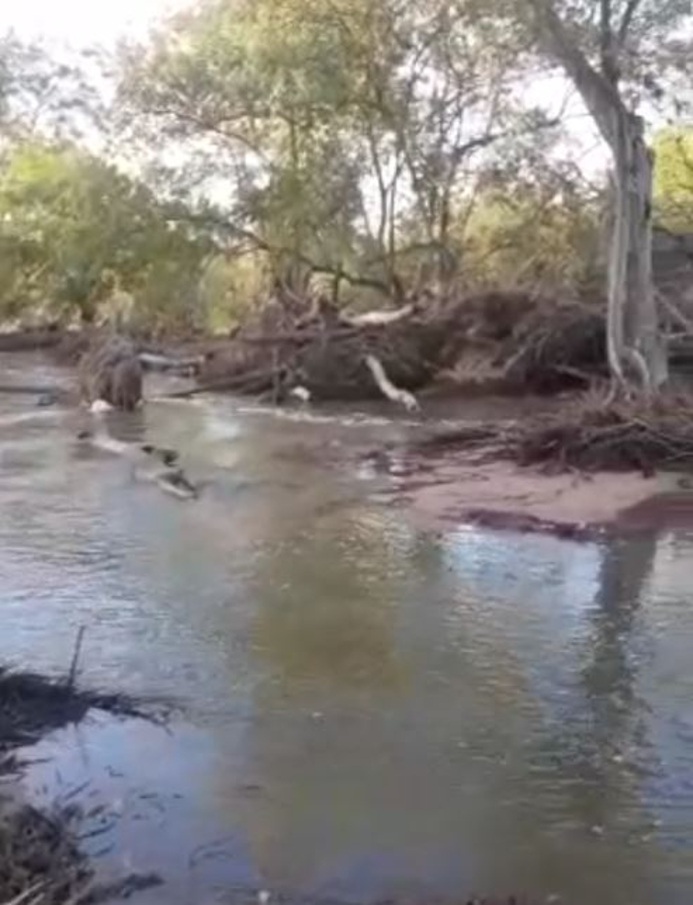