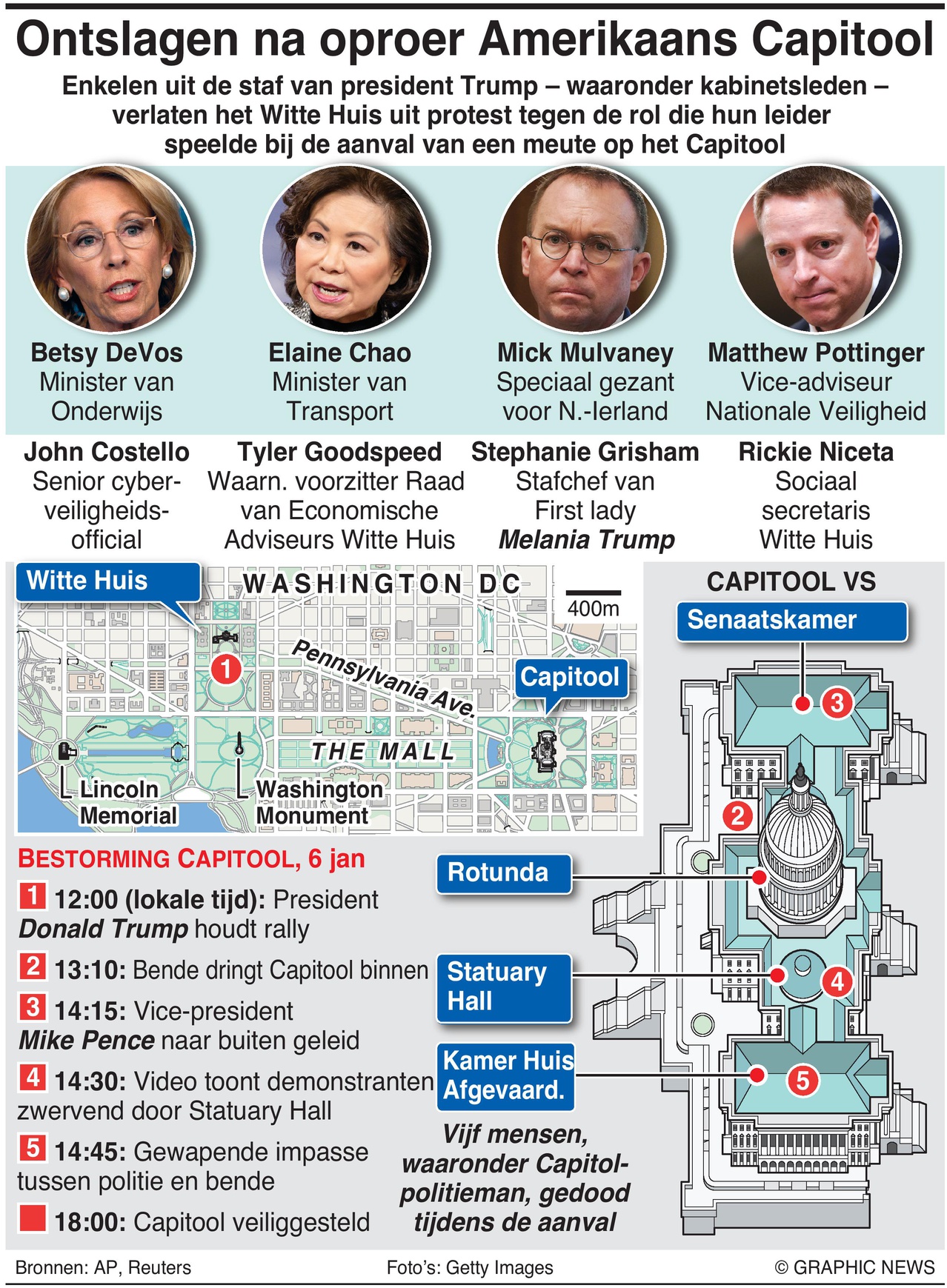 January 8, 2021 – Some of President Trump’s key staff – including Cabinet members – abandon the White House in protest at their leader’s role in mob attacks on the Capitol building.

Education Secretary Betsy DeVos and Transportation Secretary Elaine Chao on Thursday became the highest-ranking administration officials to resign over the pro-Trump insurrection. In a statement, Chao, who is married to Senate GOP leader Mitch McConnell, said the violent attack on the Capitol “has deeply troubled me in a way that I simply cannot set aside.”

DeVos, in her resignation letter, cast blame on the president for inciting the mob. “There is no mistaking the impact your rhetoric had on the situation, and it is the inflection point for me,” she wrote.

Mick Mulvaney, the U.S. special envoy to Northern Ireland and a former White House chief of staff, said there was a lot of “soul searching” going on at the White House as he announced his own resignation from the administration.

The Federal Aviation Administration (FAA) said late Thursday that five non-career staff members at the agency will resign effective Monday in the wake of the assault on the U.S. Capitol, including the acting No. 2 official.