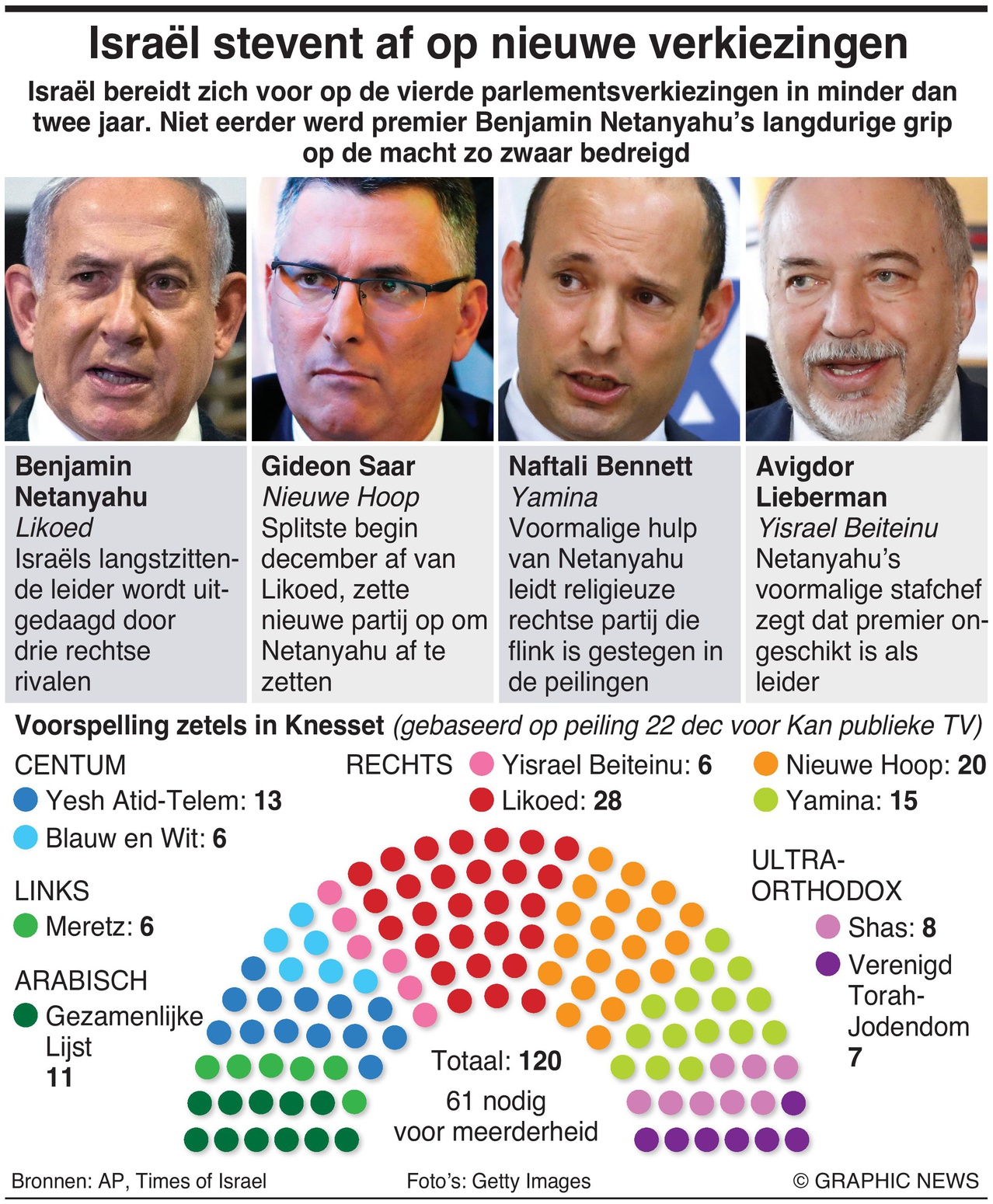 December 23, 2020 – Israel’s governing coalition collapsed after just seven months, sending the election-fatigued country to its fourth vote in two years. The ballot will take place on March 23 and feature a new challenger.

Netanyahu, who is used to labelling his opponents as weak leftists, finds himself confronted by a trio of disgruntled former aides who share his hard-line ideology, led by a popular lawmaker who recently broke away from the prime minister’s Likud party.

Whether Netanyahu can fend off these challengers or not, the country is almost certain to be led by a right-wing politician opposed to concessions to the Palestinians, complicating hopes of the incoming Biden administration to restart peace talks.

The prospects of Israel’s centre-left bloc appear worse than in previous contests because its leader, Defence Minister Benny Gantz, entered into the ill-fated alliance with Netanyahu. Gantz has lost the support of much of his disappointed base, and the bloc has been left leaderless.

BY CHRIS DINSDALE January 30, 2021 – The final of the 2020 Copa Libertadores, South America’s premier club competition, will be played at the Estadio Maracana between Brazilian rivals Palmeiras and Santos. Palmerias and Santos are both appearing in their fifth Copa Libertadores final. Palmeiras hoisting the trophy once, in 1999, while Santos have tasted […]