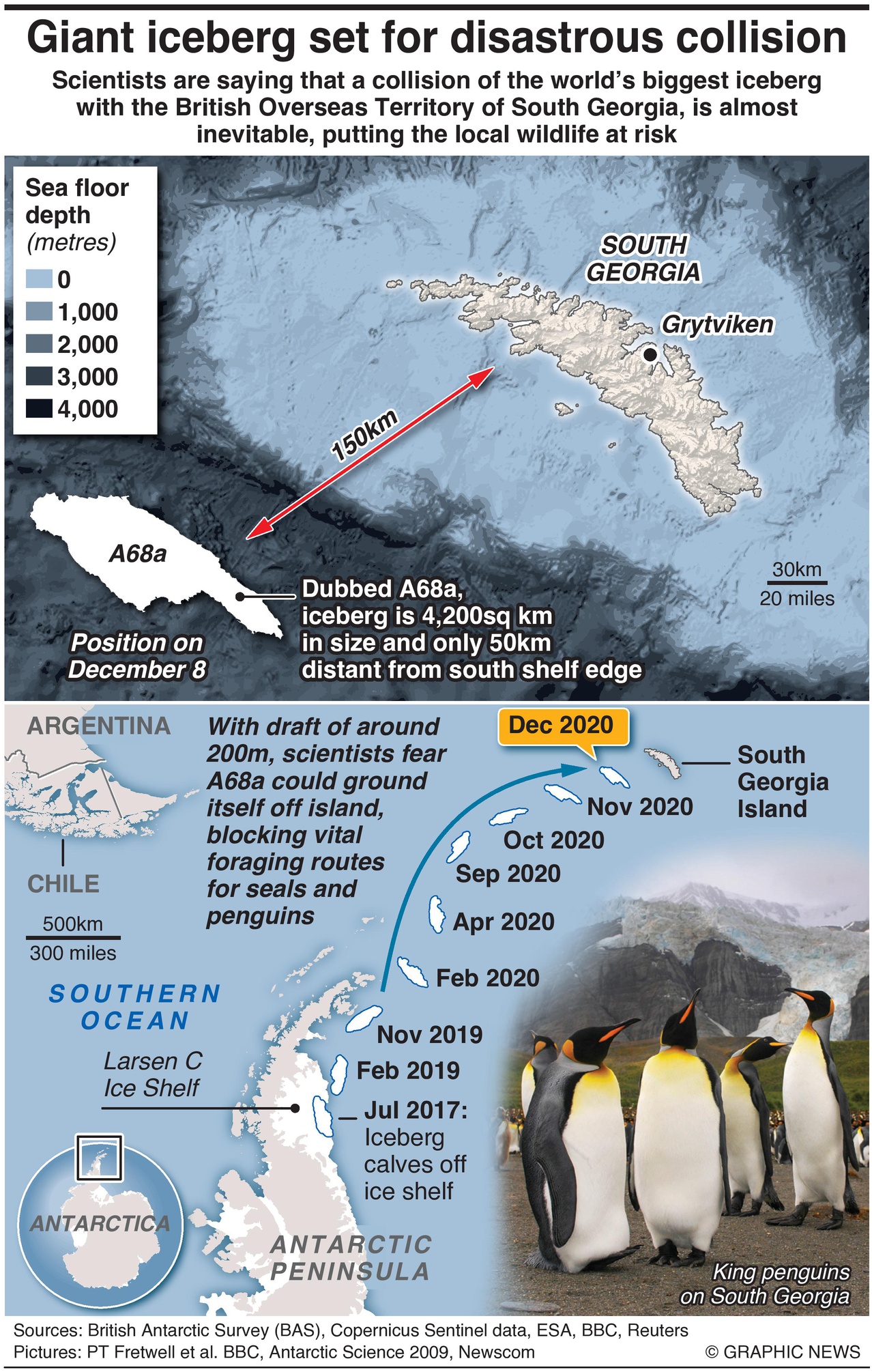 December 11, 2020 – Scientists are saying that a collision of the world’s biggest iceberg with the British Overseas Territory of South Georgia, is almost inevitable, putting the local wildlife at risk.

Iceberg A-68A, which calved off the Larsen C Ice Shelf in 2017, is now only 50km distant from the south shelf edge of the island, home to a delicate ecosystem that sustains seals, penguins and other rare birds.

The iceberg is the biggest in the world – 4,200sq km, roughly the same size as South Georgia Island – and if it runs aground there, will disrupt breeding grounds by blocking normal foraging routes, preventing penguins and seals from feeding their young properly.

When the colossal A-38 iceberg grounded on the island in 2004, innumerable dead penguin chicks and seal pups were found on local beaches.

Additionally, all creatures living on the sea floor would be crushed where A-68A touches down – a disturbance that would take a very long time to reverse, especially as the iceberg could take 10 years to melt.