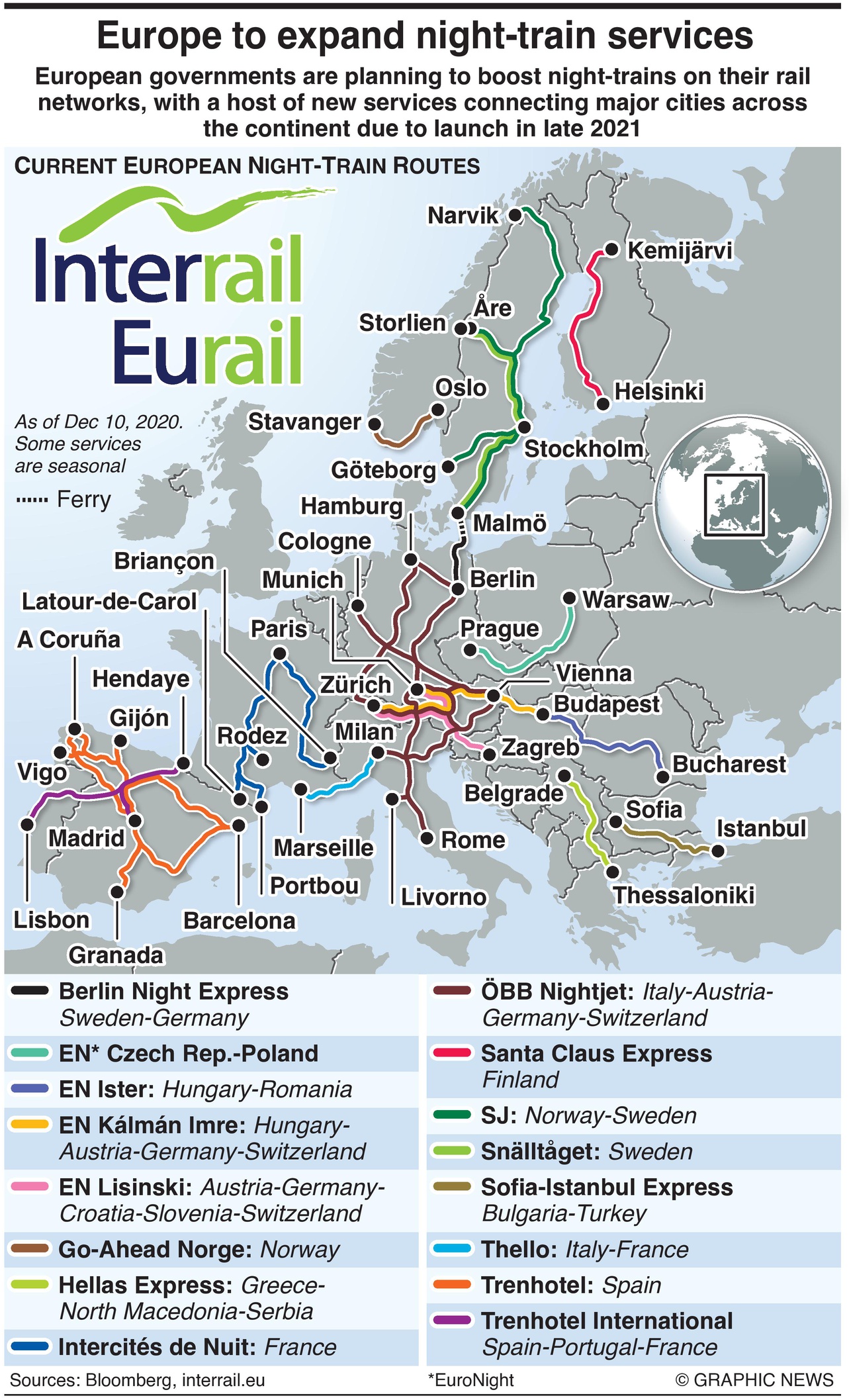 Ministers from France, Germany, Austria and Switzerland unveiled a plan Tuesday to boost rail traffic between cities including Paris, Berlin, Vienna and Milan to curb rising carbon emissions. The Trans-Europe Express 2.0 initiative will be established in late 2021 and allow travellers to journey across multiple national borders without changing trains, a direct challenge to aviation, according to Bloomberg News.

The revival of Europe’s night-train network comes 25 years after the collapse of the original Trans-European Express that linked 130 cities across the continent.