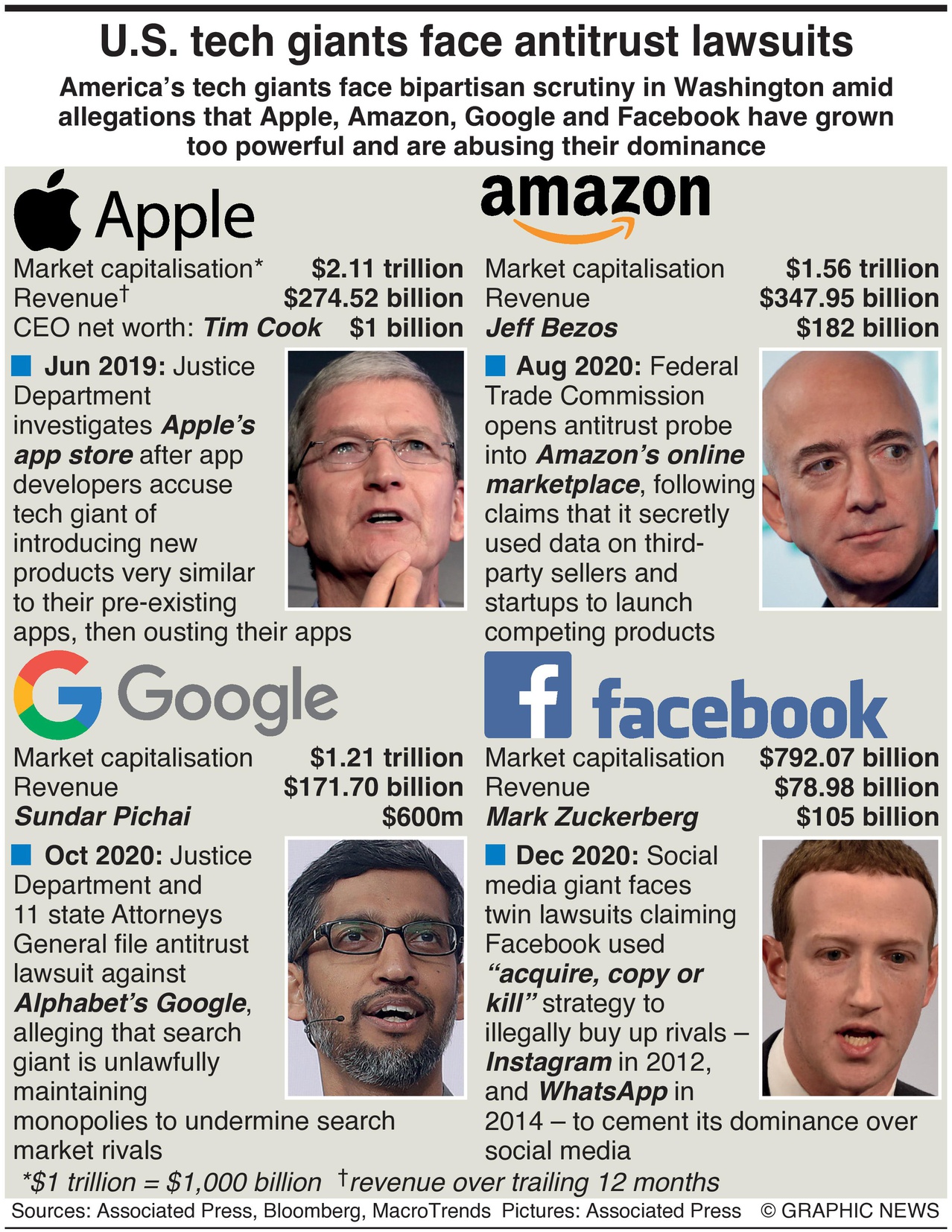 December 10, 2020 – America’s tech giants face bipartisan scrutiny in Washington amid allegations that Apple, Amazon, Google and Facebook have grown too powerful and are abusing their dominance.

The U.S. Federal Trade Commission (FTC) and a coalition of U.S. states sued Facebook Inc. on Wednesday (December 9), saying it should break up for violating antitrust laws. The lawsuits could force Facebook to sell Instagram and WhatsApp, alleging that the acquisitions enabled Facebook to cement its dominance over social media.

Facebook isn’t as popular as it once was with the younger generation of internet users. Without Instagram, Facebook would need to build products that appeal to this coveted group. Facebook is the second big tech company to face a significant legal antitrust challenge in recent months.

A Justice Department probe into Apple’s app store conduct surfaced in June 2019. Some app developers have accused Apple of introducing new products in the Apple Store very similar to their apps and then trying to ban their earlier apps.

In August 2020, the FTC opened an antitrust probe into Amazon, citing a conflict of interest with small sellers on its marketplace platform. Allegations claim it used information from sellers on its platform to decide what products it would introduce.

Bidens inauguratieceremonie BY JORDI BOU January 20, 2021 – President-elect Joe Biden and Vice President-elect Kamala Harris will take the oath of office in front of the U.S. Capitol, joined by a slew of celebrities and speakers. The 59th inauguration will include performances by singers Lady Gaga and Jennifer Lopez. Andrea Hall, a career firefighter […]